You are using an outdated browser. Please upgrade your browser to improve your experience.
Apple's Software
by Joe Wright
June 10, 2016

Apple's recent news concerning big changes to the App Store has left a lot of questions unanswered. In particular, developers are unsure how the review team would respond to applications which require a subscription in order to elicit any function at all. Apple has now commented on the matter, though developers nevertheless remain uncertain.

Apple's policy for App Store submissions explains that “if your app doesn't do something useful, unique, or provide some form of lasting entertainment,” then it “may not be accepted.” Because of this, developers were unsure whether iOS applications which required a subscription in order to function (with content locked-down behind a sign-in screen, for instance) would be accepted. Apple's policy also adds: “apps that are demo, trial, or test versions will be rejected.”

Macworld has since “confirmed with Apple,” however, that senior VP Phil Schiller's “expansive vision” for the App Store is accurate, and that developers shouldn't worry.

We’ve confirmed with Apple that Schiller’s expansive vision is an accurate one: any developer can submit an app that relies entirely on a subscription to perform a task. It can be effectively a login screen, like with Netflix and Hulu, rather than conform to the broader policy Apple has enforced on most apps that weren’t periodicals and streaming media libraries to date. Schiller’s examples included enterprise apps, which are effectively in continuous development. In fact, many enterprise apps are already sold on a subscription basis, but typically couldn’t charge a subscription fee directly within iOS.

However, it's not quite so simple, unfortunately. The same article continues:

But Apple also stressed that not just every business model will pass its muster. Unlike with periodicals and streaming media apps, which are allowed to have no content or use without a subscription, apps in other categories will need to “make sense.” As Apple notes on the What’s New page, “the experience must provide ongoing value worth the recurring payment for an auto-renewable subscription to make sense.”

There's a lot of subjectivity here, and developers are worried that instead of a black-and-white policy, Apple is perhaps giving the review team a little too much agency in deciding which apps “make sense,” and which don't.

I guess we'll know more for certain later in the year, when Apple's “App Store 2.0” plans are rolled out. Of course, we'll keep you posted with further information as we receive it, so check back with us. 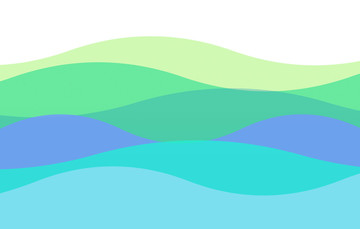 Relax Both Body and Mind With Breathe+