You are using an outdated browser. Please upgrade your browser to improve your experience.
Security
by Joe White
April 20, 2016

Apple has spoken out against the controversial anti-encryption bill we’ve talked about before now, describing the proposed legislation as “well-intentioned but ultimately unworkable.” This is the same position held by countless others, including Google and Microsoft.

Countless individuals and groups are standing in opposition of the bill.

Before now, other parties had referred to the bill as “absurd” and as being technologically ignorant, claiming that the authors fail to demonstrate a proper understanding of mobile encryption in the proposed legislation (rendering their propositions unrealistic).

Apple has now indeed voiced its concerns more directly, as 9to5mac observes. The move comes in the form of an open letter from the Reform Government Surveillance coalition, and Apple is a key member of this group. In the letter, the group describes the Burr-Feinstein legislation as “well-intentioned but ultimately unworkable,” and highlights several core issues:

We write to express our deep concerns about well-intentioned but ultimately unworkable policies around encryption that would weaken the very defenses we need to protect us from people who want to cause economic and physical harm. We believe it is critical to the safety of the nation’s, and the world’s, information technology infrastructure for us all to avoid actions that will create government-mandated security vulnerabilities in our encryption systems.

The good news (for now) is that the bill faces many obstacles before reaching the Senate floor. It also has a lot of opposition from politicians, and one individual has even pledged to filibuster the bill if it gets that far. The White House isn’t behind the bill, either.

You can click this link to read the aforementioned letter. For now, Apple is continuing to battle the government across a number of other encryption cases, and the Cupertino company also recently released its transparency report (which offers a breakdown of government requests and Apple’s compliance rate per country).

As always, we’ll keep you posted with further information as we receive it. 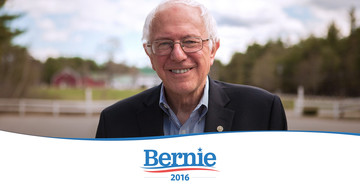