You are using an outdated browser. Please upgrade your browser to improve your experience.
Apple's Software
by Joe Wright
June 14, 2016

In my post-WWDC op-ed, I gently criticized Apple for not making some significant iPad Pro-specific enhancements in iOS 10. But now that the first beta is in the hands of developers, it seems Apple has made some alterations designed to enhance the 12.9-inch iPad Pro. The move might not be as grand as we'd hoped, but it's nevertheless a move in the right direction.

The change concerns just two of Apple's own iOS apps: Mail and Notes. In iOS 10 on the iPad Pro – and on the 12.9-inch version only, mind – users can enjoy a three-pane interface for both applications. In the Mail app, the left-hand pane shows your accounts and mailboxes; the middle pane shows a list of messages; and the right-hand pane offers a preview of your currently-selected message.

It's a similar setup in the Notes app. On the left, there's an interface for your folders; the middle shows a list of your notes; and on the right there's a preview for your current note. It's all as simple as that.

All of this is designed to make processing email and making notes on your iPad Pro more streamlined. And sure, it'll perhaps be more efficient for users to be able to jump between email accounts or mailboxes using this interface, or between folders in the Notes app. But neither change is going to have a profound effect in the way I use the iPad Pro. And as I said before, with the enhancements made to the Mac in macOS 12, my desire to continue using the iPad Pro as my work device is becoming weaker and weaker. There are times when the 12.9-inch device feels like a real computer running a mobile OS, which in essence is what the larger iPad Pro is. But there are nevertheless inherent limitations to the platform which make it hard to use the iPad Pro as, well, a real computer.

I think Apple is going to make some kind of iPad Pro enhancement at some point, though it's obviously not coming with iOS 10. Instead, the keynote saw a heavy focus on the iPhone, Mac, and Apple Watch, but not so much the iPad.

At least iOS 10 is making some changes, and like I said, it's a move in the right direction. The update is set to reach consumers in fall; we'll continue sharing all the latest findings as we hear about them.

Here Are the Devices That Will Officially Support iOS 10 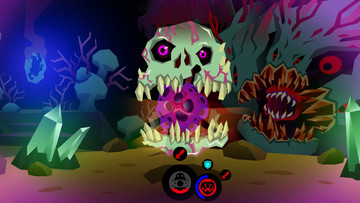 Sharpen Your Sword, Severed Is Headed for iOS