You are using an outdated browser. Please upgrade your browser to improve your experience.
Apple's Ups & Downs
by Joe Wright
June 6, 2016

The Fortune 500 list is out, offering a breakdown of the top U.S. companies based on their annual gross income. This year, Apple has made the jump from fifth place to third place, and remains behind only Walmart and Exxon Mobil. 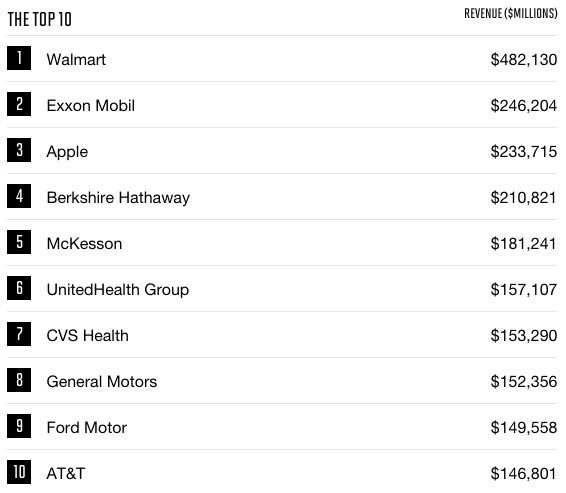 You can check on the list now: as you can see, Apple indeed took the No. 3 spot, improving from last year's fifth place position (which was also Apple's position on the 2014 list), on 2013's sixth place spot, and 2012's 17th place. Apple has indeed rocketed up through this list in the last five years, displacing and replacing other companies but remaining behind big-players Walmart and Exxon Mobil.

Because the list is based on gross revenue, big-name companies which don't handle as much cash rank lower than you might expect. Facebook, for instance, is No. 157.

Apple's revenues, however, came in $233.7 billion for 2015. This nevertheless places it a long way behind Walmart, which had a higher revenue of $482.1 billion. Exxon, on the other hand, was nearer Apple with $246.2 billion. So far, this year hasn't been great for Apple, with the company posting its first ever negative-growth quarter, and interest in the current-generation iPhone 6s and 6s Plus proving unimpressive. Yet despite all this, Apple remains the world's most valuable brand.

This September, the launch of Apple's “iPhone 7” is expected to change all that. Plus, a second-generation Apple Watch and a new round of iPads might further bolster Cupertino's position. 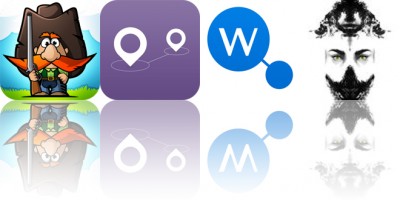