You are using an outdated browser. Please upgrade your browser to improve your experience.
Music
by Joe White
May 6, 2016

Apple is, according to a recent report, in the process of rolling out a 50 percent discount for students looking to take out an Apple Music subscription. The move would see qualifying students offered access to Apple's music-streaming service for $4.99 per month, as opposed to the usual $9.99 monthly fee.

This could give Apple Music a massive boost.

The news comes from TechCrunch, though as of this writing, no information concerning the move is available either at Apple's website or iTunes. There's good news for our international readers, too: according to the same report, Apple's half price subscription option will also be available for students based in the United Kingdom, Australia, Denmark, Germany, Ireland, and New Zealand.

And it seems the deal doesn't matter whether students are enrolled for undergraduate or postgraduate study. Though, unlike Apple's Store for Education, there's no word yet whether this offering is available for teachers, too.

As someone who left higher education not so long ago, I know better than most how powerful a deal like this is. Heck, it was Amazon Prime's own student discount that got me hooked on the retailer's service, and I've purchased countless Macs from Apple's Education store over the years. This deal could be a huge incentive for students holding out on Apple Music. Anyone on the fence might take the plunge now a decent discount is on the table.

Back in January, Apple Music reportedly reached 10 million subscribers. I've been a user of the service ever since configuring a Family Plan a few months ago, and I think it's a great service that's about to get even better. More news on any possible improvements to the platform should come during Apple's WWDC keynote, and of course we'll keep you posted with further information concerning Apple Music as we receive it.

In the meantime, students should keep an eye out for those half price subscription plans. Because it sounds like they're indeed incoming. 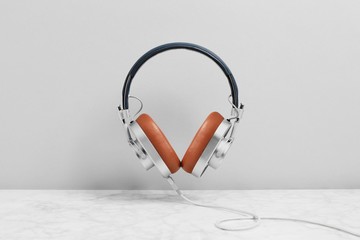