You are using an outdated browser. Please upgrade your browser to improve your experience.
by Abdel Ibrahim
September 2, 2016

James Cook writing for Business Insider says that Apple probably isn’t going to release wireless ‘AirPods’ with the iPhone 7. But his reasons make no sense.

Earlier today, I speculated on how Apple might include wireless AirPods with the iPhone 7 as a paid upgrade. Here’s what I said:

One reason why I could see Apple including them in the box as a paid upgrade is to make it easier for customers to buy them through their mobile carrier or Apple’s iPhone Upgrade Program. For instance, if the base 32GB iPhone 7 Plus starts at $36 a month, maybe it’s just $42 a month when you add in a pair of Apple’s Wireless AirPods. That way, instead of charging the customer $149 up front (if that’s what they cost), it would be easier for them to pay it over time.

Cook, however, believes that there’s little to no chance of it happening. His reasons? See for yourself.

Apple’s manufacturing process takes place all over the world, involving designers in the US and factories in China and Ireland. If AirPods are coming with the iPhone 7 then we would probably have seen some evidence that they’ve been developed. We’ve already seen supposed pre-production models of the new iPhone, but there haven’t been any leaks showing AirPods.

Apple Insider points out that the registration for the AirPods name has existed since 2015. A company that may or may not be connected with Apple registered “AirPods” in connection with wireless headphones. Apple doesn’t always register trademarks itself — it often uses external companies to mask what it’s really doing.

Second, so what if the registration of “AirPods” has existed since 2015? That has no bearing on whether Apple will or will not release them alongside the iPhone 7.

Third, we’re talking about Apple here. You don’t think they’re up for a massive change? Of course they are. They debuted the iPhone without a keyboard, mind you.

All-in-all none of Cook’s reasonings make any sense. In fact, I actually believe there’s a really good chance Apple does offer AirPods for sale when the iPhone 7 ships. I’m not sure how much they’ll cost, but I’m pretty sure they’ll be available as an upgrade.

As a matter of fact, my good and reliable friend, Mark Gurman, broke the story many months ago, saying that Apple has plans to release wireless earbuds alongside the next-generation iPhone.

The latest version of the new wireless Apple/Beats headphones in development do not include any ports for charging, in contrast to the mini-USB port on the current wireless Beats. Instead, the new headphones are likely to come with a carrying case that doubles as a rechargeable battery to juice up the headphones when they are not in use. Apple first tested the battery case waters last month with an iPhone 6 battery case. While Apple hopes to launch the new earphones this fall, the hardware is still in development and could be delayed by battery life concerns. As the design requires twin wireless chips and separate batteries, sub-4-hour battery life without use of the case would be expected.

I wouldn’t bet against Mark. He has a pretty damn good track record. 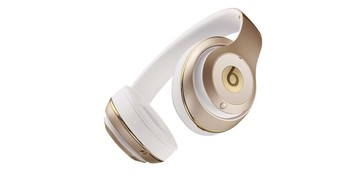