You are using an outdated browser. Please upgrade your browser to improve your experience.
Apple's Software
by Joe Wright
June 8, 2016

Apple is planning on revamping its music business as part of WWDC, according to a recent report. In particular, both iTunes and Apple Music are set to receive improvements, all of which aim to simplify the overall user experience.

Simplification is the key here, and this is something Apple needs to march towards with iOS 10.

The details come from Digital Music News, which explains that “a major iTunes overhaul” is coming as part of WWDC this year, and will see Apple make changes to “simplify a sprawling iTunes.” Though details concerning this change aren’t explicity shared, it’s probable that Apple is going to streamline iTunes: at present, it deals not only with music downloads, but also with movies, TV shows, apps, podcasts, and, of course, Apple Music. The process of switching between all of these is baffling at the best of times, and for a while now, users have been calling for a refined interface or even a dedicated Apple Music application for OS X.

An Apple Music reboot, too, is also said to be on the cards for Monday’s event.

Interestingly, the same article from Digital Music News also discusses the future of iTunes downloads, noting once again that their days are numbered. This isn’t the first time this publication has cited “sources” claiming that Apple is planning on phasing out music downloads: before now, we heard that the company could pull the plug on downloads within two to three years (though Apple is denying the move).

Predicting a continued decline in music downloads, Apple is indeed said to be preparing for a switch to streaming only, and this is being discussed internally, the report notes. Though, it should be stressed that Apple “is not planning any phase-outs to music downloads at this stage,” so don’t panic-subscribe to Apple Music just yet.

I think Apple has a lot of work still to do on the music side: though there’s a viable product in Apple Music available for consumers, I’ve seen first hand how customers find the application’s user interface (UI) difficult to navigate. Simplification is the key here, and this is something the company needs to march towards with iOS 10.

Apple’s WWDC keynote is scheduled for this coming Monday, so check back with us. 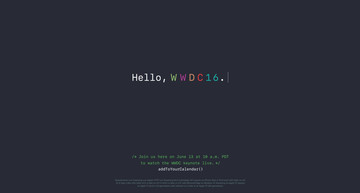 Apple Will Stream the WWDC 2016 Keynote Live on Monday 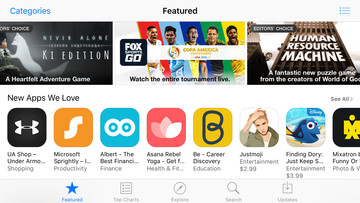 Apple Announces Some Substantial Changes to the App Store