You are using an outdated browser. Please upgrade your browser to improve your experience.
by Brent Dirks
June 7, 2021 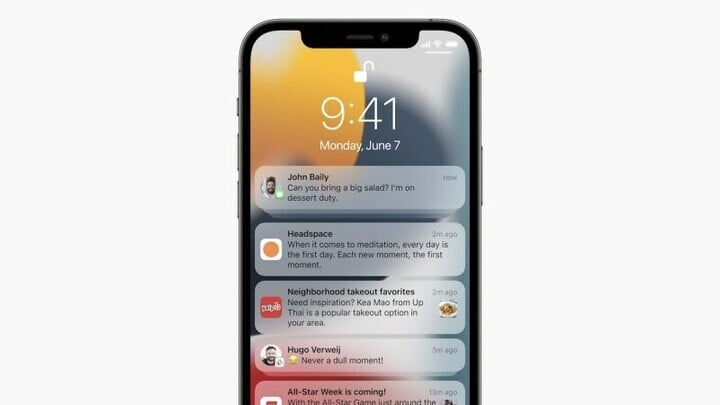 The WWDC unveiling started with a number of new features for FaceTime. Along with video and audio improvements, the popular video chatting service will feature Portrait Mode and the ability to create links to share for a call.

You can also watch video and listen to music via FaceTime with SharePlay. An API will also allow other app developers to bring apps into FaceTime.

And Messages is also adding a host of additions with group chats and added integration with links shared with friends and family using Shared With You.

Notifications are also getting a nice overhaul. They are larger and feature contact images. A new Notification summary will allow you to easily catch up on what you’ve missed using on-device intelligence.

The Focus feature will allow you to match your device to the current mindset to better customize notifications at specific times of day. It will automatically set across all of your other Apple devices.

In Photos, a new Live Text feature will allow you to capture text from images to cut and paste. You can also find information about known images like a dog breed.

In the popular Memories feature in Photos, Apple Music integration is being added.

Wallet is adding improvements including the ability to add additional keys for car, home, and office. You’ll also be able to scan your ID and store it into Wallet and use it soon at TSA checkpoints.

Apple’s standard Weather app is spotting a new redesign with more climate information and a full-screen radar. Maps is adding additional detail in cities including landmarks and more along with an upgraded driving experience.

AirPods are also getting additional features including the ability for Siri to announce notifications and improved Find My support.

On the iPadOS side, iPadOS 15 allows users to place apps anywhere on the tablet’s home screen. There is also an additional larger widget size. App Library, which debuted last year for the iPhone, is also making its way to iPad.

There is also a new multitasking menu on the iPad to quickly access a Split View or Slide Over. A Shelf feature will also show you all open windows of a specific app.

In Notes on iPad, one of the best new features is Quick Note that will allow quick and easy access to create a note from anywhere. 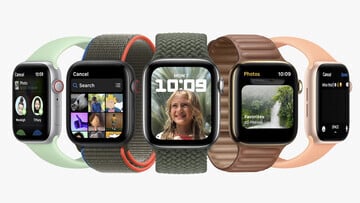