You are using an outdated browser. Please upgrade your browser to improve your experience.
Apple Rumors
by Brent Dirks
May 8, 2017

With less than a month before WWDC and the introduction of iOS 11, we’re hearing more reports about what Apple may add the next-generation software. The latest news comes from BGR.

Most interestingly, the software could allow users to send peer-to-peer payments via Apple Pay. That lines up with another recent rumor stating Apple was quietly building a Venmo and Square Cash competitor. BGR cites a pulled post from Reddit with the information:

“Apple is completely revamping the Wallet app and adding social functionality,” the rumor reads. “There will be a social feed, just like Venmo. The new Wallet app will also have an iMessage module that allows you to send cash via iMessage.”

Another possible change, which could garner some controversy, is that Apple could make FaceTime Audio the default calling method between iPhone users. Currently, FaceTime Audio uses less than 1MB of data per every minute of calling. Any voice calls with a non-Apple device users would fall back to the cellular voice network.

On the FaceTime Video side, Apple could be adding group video chats with up to five people. That is also something that’s previously been rumored.

Finally, the very handy low-power could be getting smarter. For example, if you have less than 20 percent battery life and leave your home Wi-Fi network, the low-power battery mode will automatically turn on since you’re probably not near a charger.

Along with iOS 11, we’re widely expecting to unveil watchOS 4 and tvOS 11 at the WWDC keynote on Monday, June 5. The event will start at 10 a.m. PDT. 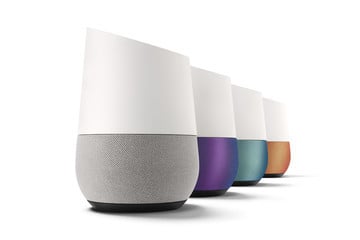