You are using an outdated browser. Please upgrade your browser to improve your experience.
App-dicted
by Joe Wright
June 23, 2016

Desperate to shed its piratic reputation, BitTorrent is out with a brand new release for iOS and tvOS users. BitTorrent Now, a new application available on the App Store, makes it easier than ever for independent artists to get their content out in the digital world.

The idea behind BitTorrent Now is simple: artists can upload their own material to the platform, be it music or video, and users of the apps can stream this content on their iOS device or Apple TV. Some of it might be available to stream for free, or it could be ad-supported or even paid. This depends on the creator's preference, and in this respect it provides content-makers with the option of making some cash for the material they upload to BitTorrent Now.

This means BitTorrent Now isn't going to appeal to the mass-market, however. And I can't imagine using it much at all, not the least because all I ever listen to these days seems to be the “Hamilton” soundtrack. Big name artists don't really feature on the platform much, and it's designed for up-and-coming, independent creators. This could mean you need to search around for some time before finding something worth listening, though if you're into new music this might be a pleasure rather than an annoyance.

It's definitely sensible that BitTorrent Now is launching on tvOS, too, and this could prove to be a smart move. It'll be interesting to see whether users take to the platform. Straith Schreder, BitTorrent's VP of creative initiatives, hopes BitTorrent Now's non-prescriptive approach could be the app's forte:

We want to keep that deliberately open so creators can experiment, to create, and break what we think of art online as a whole.

Look out for BitTorrent Now and see what you think. As mentioned, it's optimized for both iOS and tvOS, and is a free download launching today. 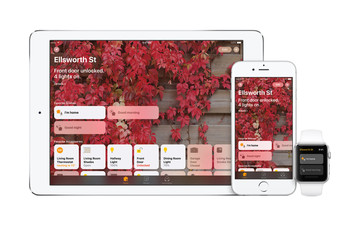 A Closer Look at Apple’s Home App in iOS 10