You are using an outdated browser. Please upgrade your browser to improve your experience.
by Christine Chan
January 26, 2018

Stack & Crack ($0.99) by Jambav is a minimalistic puzzle game that looks simple at first but is intricate and complex. If you liked games such as Minimize, Cuzzle, and PUSH, then you'll enjoy Stack & Crack.

Life's been getting a bit hectic for me, so I'm always looking to sit down and take a breather. When these times come, I usually end up pulling out my iPhone and playing a game to take my mind off things. My standard fare are puzzle games, of course, as they always prove to be rather relaxing yet stimulating at the same time. And even though I think I've gone through the majority of puzzle games that the App Store has to offer since I've been here at AppAdvice, I can't help but look for more. Stack & Crack is a new release this week that fits the bill of soothing yet challenging. 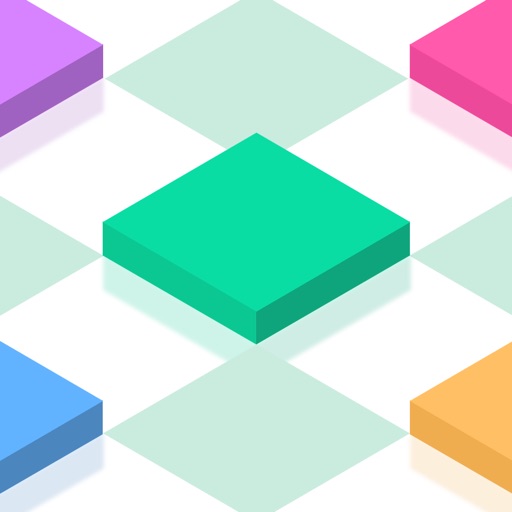 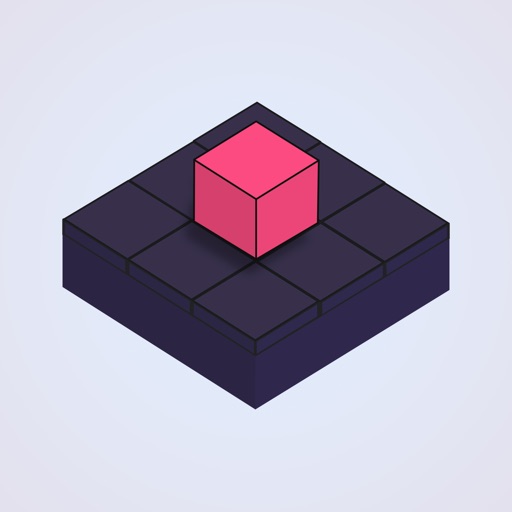 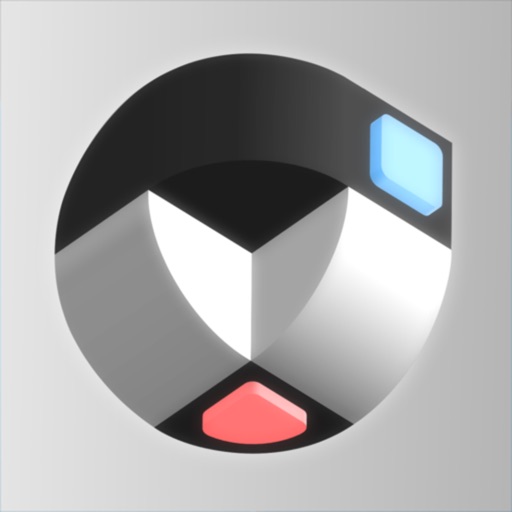 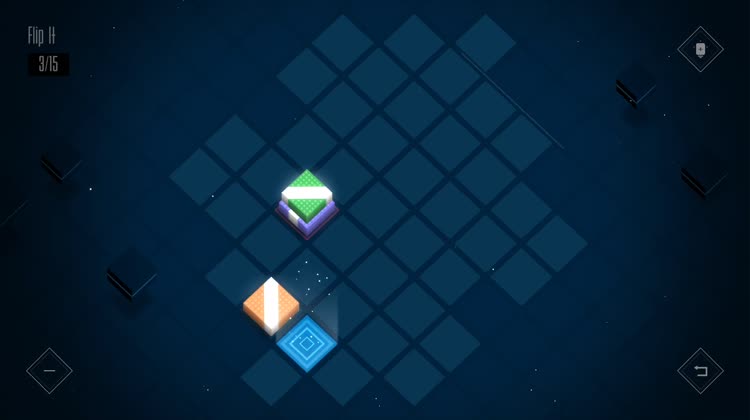 In terms of visual design, Stack & Crack is beautiful. It features a simple and clean minimalist aesthetic that eliminates all extra fuss and is just enough for players to understand the core game mechanics. The game is rendered in 3D with a slightly angled, top-down perspective that's reminiscent of games like Monument Valley.

The colors are a nice mix of dark and muted tones with brighter, more vibrant hues and they contrast with each other nicely. The soft glows and particle effects are calming, and animations are smooth and fluid. There are some "glitchy" line effects that remind me of Telepaint, which I thought was cool. So far, I've had no issues with lag or choppy frame rates on my iPhone 8 Plus. On top of it all, the ambient and atmospheric soundtrack is a delight to listen to, as it helps you focus on the puzzles in front of you.

Like other puzzle games, Stack & Crack is based on levels. There are seven main chapters, which you can access after completing the "Learning to Stack" tutorial chapter. Each chapter has anywhere from 10 to 15 puzzles each, and they must be completed in linear order. However, you don't need to worry about time limits or move restrictions, because there aren't any, so there are no stars to earn. So you can play this game entirely at your own pace, which is nice.

The goal in Stack & Crack is to get the "Boxies" to the Portal of Light, but they can only move in the direction that is indicated on the white strip that's on them. This means each Boxie can only move horizontally, vertically, or diagonally. So how is getting them all into the Portal possible? It's all about exploring the relationship between each Boxie, and then stacking them together to get to the final destination.

Eventually, as you get through the chapters, you'll find new game mechanics that make the puzzles more elaborate, such as squares that flip the stack order, make them jump, swap them, and more. The chapter names give you an idea of what to expect, because the new elements are stated in their names.

Controls in Stack & Crack are simple enough for anyone to pick up and play. To move a Boxie, just tap it and you'll see where it can move to, thanks to colored outlines that match the Boxie's color. Then tap the space you want it to go. In order to stack Boxies, you'll want to move another Boxie on top of another, making sure that the Boxie on the bottom is able to get to the Portal of Light. Boxies cannot be unstacked (unless there's a certain game mechanic), but there is an "Undo" button in the bottom right. You can undo as many times as you want, so make sure to use it.

If you get stuck, Stack & Crack does have a hint system. Just tap on the small icon in the top right corner, and the solution to your puzzle gets revealed. However, the game only gives you two free hints with the initial purchase, and if you run out, you'll have to buy the $1.99 in-app purchase for unlimited hints. As someone who doesn't like IAPs in paid games, this irks me a bit, but it's completely optional. 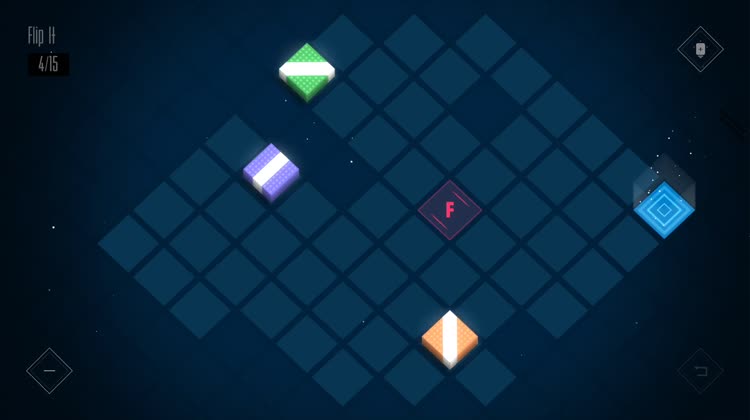 Stack & Crack is a gorgeous and relaxing puzzle game that truly makes you think. I love the visual style because it's simple yet effective, and the music is soothing. The game concept is tried-and-true, but the intricate Boxie relationships is a nice twist, as well as the unique elements that get introduced at a gradual pace. There's plenty of content for the value, and the game runs smoothly. 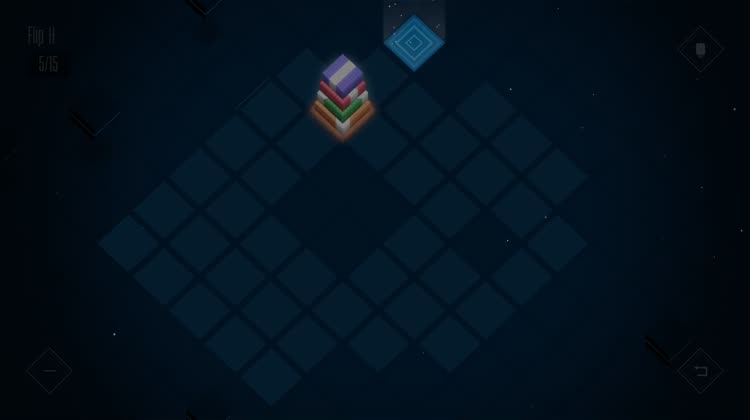 I love Stack & Crack so far. But again, I'm not a big fan of paid games that include in-app purchases, as I think you should get access to everything without having to worry about throwing away more money. I know that the hints are optional, but it's the principle.

Overall, Stack & Crack is an enjoyable treat for any puzzle fan. The game has a distinctive and appealing graphical style, the music and sounds are charming and delightful, and the gameplay is simple yet complex at the same time. The controls work out well with no fuss, and the difficulty ramps up gradually so you don't feel overwhelmed too soon. This is definitely a game that any puzzle fan should have in their collection.

Stack & Crack is on the App Store as a universal download for your iPhone and iPad for just $0.99. There are in-app purchases. 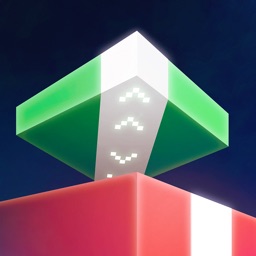 Stack & Crack
Jambav, Inc
Nothing found :(
Try something else