You are using an outdated browser. Please upgrade your browser to improve your experience.
The World Around You
by Bryan M. Wolfe
November 14, 2016

China doesn’t want a trade war with the United States. However, if President-elect Donald Trump goes through with his promise of implementing tariffs on foreign goods, that’s what could happen, according to China’s state-run Global Times newspaper.

Were the president-elect to do this, China’s ready to implement similar policies.

China will take a tit-for-tat approach then. A batch of Boeing orders will be replaced by Airbus. US auto and iPhone sales in China will suffer a setback, and US soybean and maize imports will be halted. China can also limit the number of Chinese students studying in the US.

With this being said, China doesn’t expect Trump to implement the tariffs once in office. They call Trump a “shrewd” businessman.

Trump cannot change the pattern of interests between China and the US. The gigantic China-US trade is based on mutual benefits and a win-win situation. Even as president, Trump can exert limited influence on it.

If Trump wrecks Sino-US trade, a number of US industries will be impaired. Finally the new president will be condemned for his recklessness, ignorance and incompetence and bear all the consequences. We are very suspicious the trade war scenario is a trap set up by some American media to trip up the new president.

It will be interesting to see how U.S. trade policy changes under Trump. While I don’t see a trade war on the horizon, I do think that Trump can convince Apple and other technology companies to add more jobs in the U.S. that would have normally gone overseas.

How China would react to this is anyone’s guess.

Trump becomes the 45th president of the United States on Friday, Jan. 20.

Would you be willing to pay more for iOS devices if it meant more jobs in the U.S.? 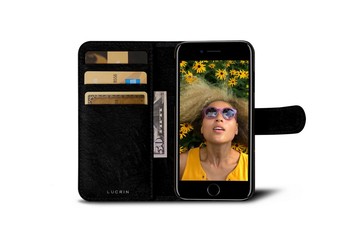 Lucrin's Leather Wallet Case is the Luxury Your iPhone Deserves