You are using an outdated browser. Please upgrade your browser to improve your experience.
iDevices
by Bryan M. Wolfe
September 19, 2017

If you took each of the early iPhone 8 reviews and removed the last few paragraphs, you’d come away thinking this was the best smartphone Apple has ever created. That may eventually turn out to be true. For now, however, even the best iPhone 8 reviews can’t get past the upcoming arrival of the iPhone X.

The 4.7-inch iPhone 8 and 5.5-inch iPhone 8 Plus both arrive in stores this Friday, Sept. 22. Ahead of this, the first of the reviews have now been published. As you can see below, each seems to follow the same pattern. They offer high praise for this being Apple’s best iPhone to date, which would be good enough if it weren’t for the iPhone X, which launches on Nov. 3 with pre-orders beginning Oct. 27.

When I first picked up the iPhone 8 and 8 Plus, I immediately decided they were actually just the iPhone 7s and 7s Plus. I was wrong: They’re definitely much more than that. They’re just saddled with a less exciting design. If you subscribe to the maxim that it’s what’s inside that really counts, the 8 and 8 Plus are big improvements. They pack more storage, great cameras, improved software and absolutely first-rate performance into some highly familiar packages. The iPhone X will continue to suck the air out of the room for the foreseeable future, but one thing has become clear after my week of testing: They might not have the X’s style, but the 8 and 8 Plus are truly excellent phones that won’t let Apple die-hards and new customers down.

These are excellent new phones that I’ve been testing for several days and under normal circumstances I wouldn’t hesitate to recommend either, at least if you are upgrading from an iPhone that’s more than a year old. The reason to hesitate now is that Apple also unveiled the iPhone X last week, and frankly that is going to be the model that many of you will want […]

Putting the iPhone 8 through its paces for the past week, I learned Apple should have called it the iPhone 7s. (The company skipped the “s” model this year, calling it a “new generation.”) The iPhone 8 is a good smartphone, but only a slight improvement, mostly in the camera department […]

If you need to have the latest and greatest, don’t buy the 8. Wait until we get a closer look at the iPhone X, which in addition to face-scanning tricks promises two things that really matter: a bigger, better screen and two more hours of battery life.

Which iPhone did you buy or plan to buy this year? Let us know below. 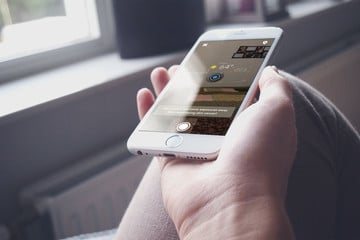 CARROT Weather Has Augmented Reality to go Along With Her Snark 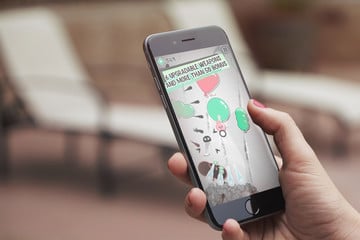 Grapple Gum is a Sticky and Addictive Action Platformer