You are using an outdated browser. Please upgrade your browser to improve your experience.
iDevices
by Bryan M. Wolfe
June 29, 2017

The first iPhone reviews weren’t all positive. (We’re looking at you, Steve Ballmer.)

The original iPhone arrived on June 29, 2007, over six months after it was first announced by Steve Jobs at Macworld. Though the smartphone would go on and change mobile technology forever, the first iPhone wasn’t loved by all as some of the early reviews show. 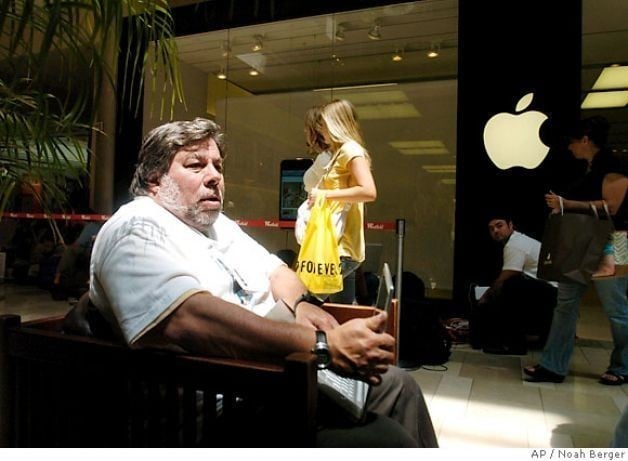 Even Apple co-found Steve Wozniak waited in line for the first iPhone ...

Here’s a sampling of the first iPhone reviews:

CNET loved the handset’s “stunning display” and “sleek design,” although it didn’t like its “variable call quality” and had to “sync the iPhone to manage music content.”

USA Today loved the phone required only your fingers, which was obviously a big deal at the time, noting:

No stylus is provided. Your fingers control everything; you “tap,” “flick” and “pinch.” Finger-tapping takes getting used to. Best advice: Start typing with one finger before graduating to two thumbs.

David Pogue, then of The New York Times also focused on how you can use your fingers on the device:

Finally, you can enlarge a Web page — or an e-mail message, or a photo — by spreading your thumb and forefinger on the glass. The image grows as though it’s on a sheet of latex.

Perhaps the funniest review, in hindsight, is the one from PC World. They suggested the iPhone would be better if it were more like a … wait for it … Blackberry:

For any feature that requires text input, the iPhone displays an on-screen keyboard that you can toggle between QWERTY text keys and numbers/symbols. It’s still no match for the hardware keyboard you get on a BlackBerry or Treo, but it certainly beats any standard cell phone keypad. 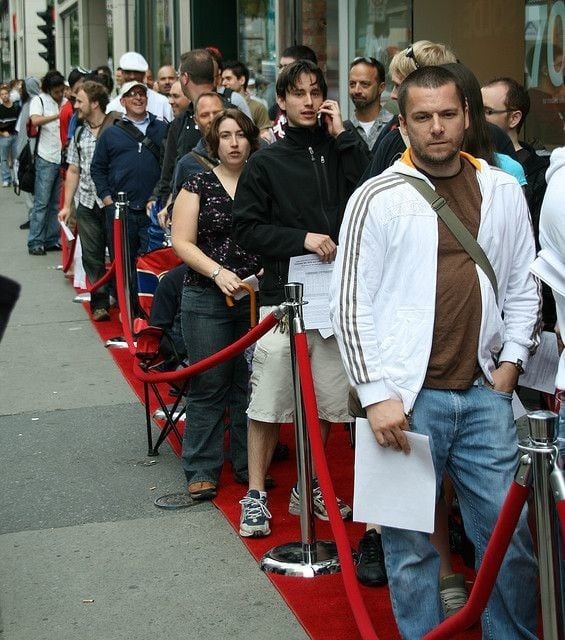 TechCrunch, yes, TechCrunch didn’t think the iPhone would be around all that long. In a piece entitled, “We Predict the iPhone Will Bomb,” they explained:

So when Mr. Customer gets a shiny new iPhone and sticks it in his back pocket (after all, that’s where he’s kept EVERY phone since the StarTAC), don’t be surprised if he finds that glass screen can’t sustain all 200 pounds of him. Cracked screens will be to the iPhone what scratched backs were to the Nano.

The forthcoming (June 29) release of the Apple iPhone is going to be a bigger marketing flop than Ishtar and Waterworld (dating myself again, aren’t I) combined.

No early iPhone review roundup would be complete without the insightful words from then-Microsoft CEO Steve Balmer, who proudly explained:

There’s no chance that the iPhone is going to get any significant market share,” Ballmer said in the wake of the iPhone’s unveiling. “No chance. It’s a $500 subsidized item. They may make a lot of money. But if you actually take a look at the 1.3 billion phones that get sold, I’d prefer to have our software in 60% or 70% or 80% of them, than I would to have 2% or 3%, which is what Apple might get.

And AppAdvice? Given our name is AppAdvice, we aren’t around in 2007. Instead, we launched just as the Apple App Store began taking off in 2009. (Trivia: Our original name was AppleiPhoneApps.com.)

Do you have any moments to share about the first iPhone? Let us know in the comments below. 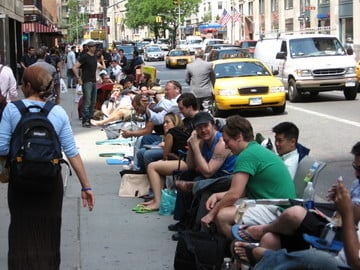 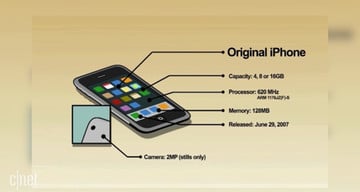 Celebrate 10 Years of iPhone With This Fun Animated History 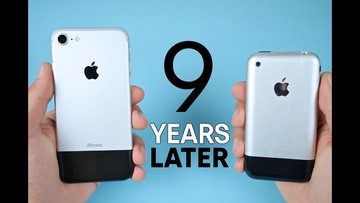 Fun Times: Comparing the Original iPhone to the iPhone 7 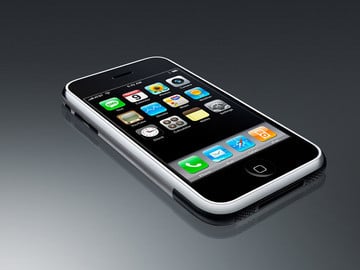