You are using an outdated browser. Please upgrade your browser to improve your experience.
by AppAdvice Staff
October 24, 2019

Playing a multiplayer FPS without voice chat is like dancing without music. Sure, you can probably manage a passable imitation of the real thing, but it’s just not the same.

Voice chat is where the human stuff happens, beyond the mechanical gameplay. It’s where you banter, blurt out panicked commands under fire, exclaim with frustration, and yell with joy.

The best mobile multiplayer shooters contain voice chat, and that naturally includes Gameloft’s Modern Combat 5: Blackout. Thanks to the comms supremos at Vivox, you can now vent your irritations and share your joy using your very own human mouth parts.

Modern Combat 5: Blackout, in case you hadn’t heard, is one of the best multiplayer FPSs on mobile, and the closest thing you’ll find on a touchscreen to Black Ops or Modern Warfare.

While it contains a pretty epic single-player campaign, taking you to such diverse locales as Tokyo and Venice, the main attraction is the comprehensive multiplayer. There are ten multiplayer modes, including standards like team deathmatch and genre newcomers like battle royale.

The abundance doesn’t stop there. You can choose from nine different soldier classes, with classics like Assault and Heavy available alongside less familiar soldier types such as Recon and Bounty Hunter.

Each of these avatars is customizable in various ways, and so are the 100+ weapons in the game. Plus, you can level your characters up both through earning XP and by buying class-specific skills with skill points.

Gameloft also holds regular events, giving you the chance to win prizes and rewards, while the individual and squad leaderboards provide a constant challenge.

So far Modern Combat 5: Blackout has been downloaded by over 100 million players – and you’ve got the chance to all of them thanks to Vivox’s industry-leading communications tech.

Modern Combat 5: Blackout is available on the App Store and Google Play. Download it for free right now. 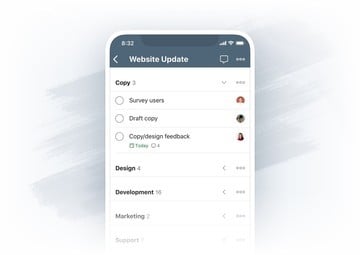