You are using an outdated browser. Please upgrade your browser to improve your experience.
by Brent Dirks
November 27, 2020

If deck-builders like Hearthstone and Magic: The Gathering leave you cold, you’ll be glad to know that there are simpler and more accessible ways of building a deck than the traditional CCG or RPG routes. 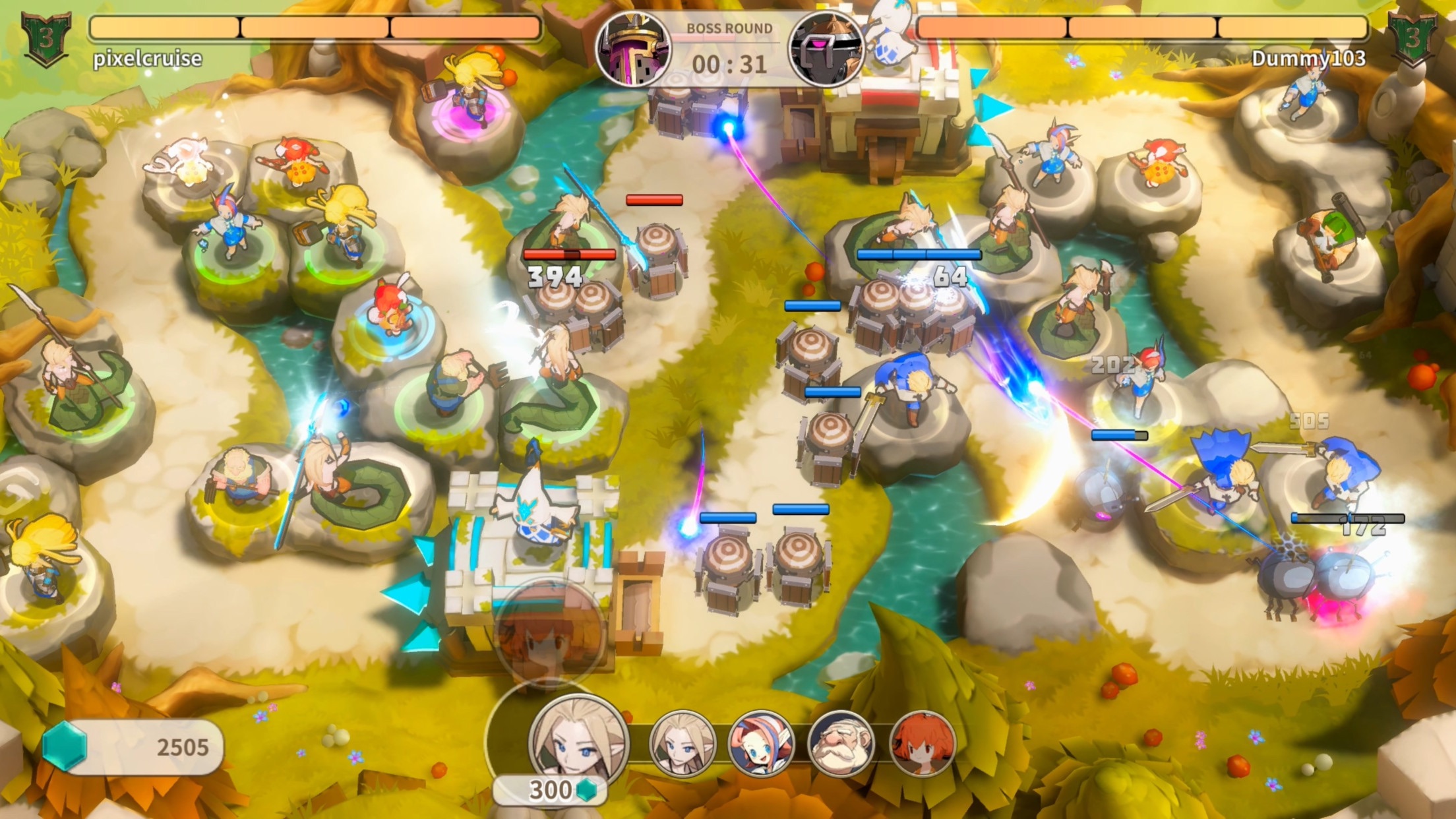 Guardian Chronicle takes the core deck-building concept - acquiring units with different abilities and using them to create balanced teams - and applies it to the gloriously arcadey tower defense genre.

There are plenty of units - or Guardians - to collect and level-up, plenty of tiers and types to manage, plenty of busywork to do between rounds. But the combat itself is unusually fast, frenetic, and addictive.

It works like this: you’ve got a camp to defend, at the end of a long, snaking trench. Monsters march along this trench in waves, with bosses thrown in too, and you need to hold them back for as long as you can - or at least, longer than the other guy.

The battlefield is divided up into segments, into which you can drag your Guardians whenever you’ve got enough Lanic - the game’s energy system - to deploy them. For every monster you kill you earn a bit more Lanic, meaning you’ll always be able to get Guardians onto the battlefield as long as you’re killing monsters.

Guardians appear randomly in a line across the bottom of the screen, and the one at the front is the one you deploy.

Whenever you have two Guardians of the same kind and level on the screen, meanwhile, you can fuse them together - but instead of becoming a higher tier version of the same Guardian, they become a tiered up version of the next Guardian in line.

This obviously has major tactical implications, since different Guardians do different jobs and, if you’ve been playing properly, they’re where they are for a reason.

You soon learn that it’s not always best to go for the tier upgrade straight away - though fusing Guardians also lets you change the composition of your defensive array in useful ways sometimes, such as when a boss is heading towards a weak section of your defenses.

Guardians come in four different types - defensive, attacking, support, and growth - and there are dozens to collect. You can have five in each deck, plus your Master, and five decks in total, giving you plenty of scope to build decks for every conceivable situation. 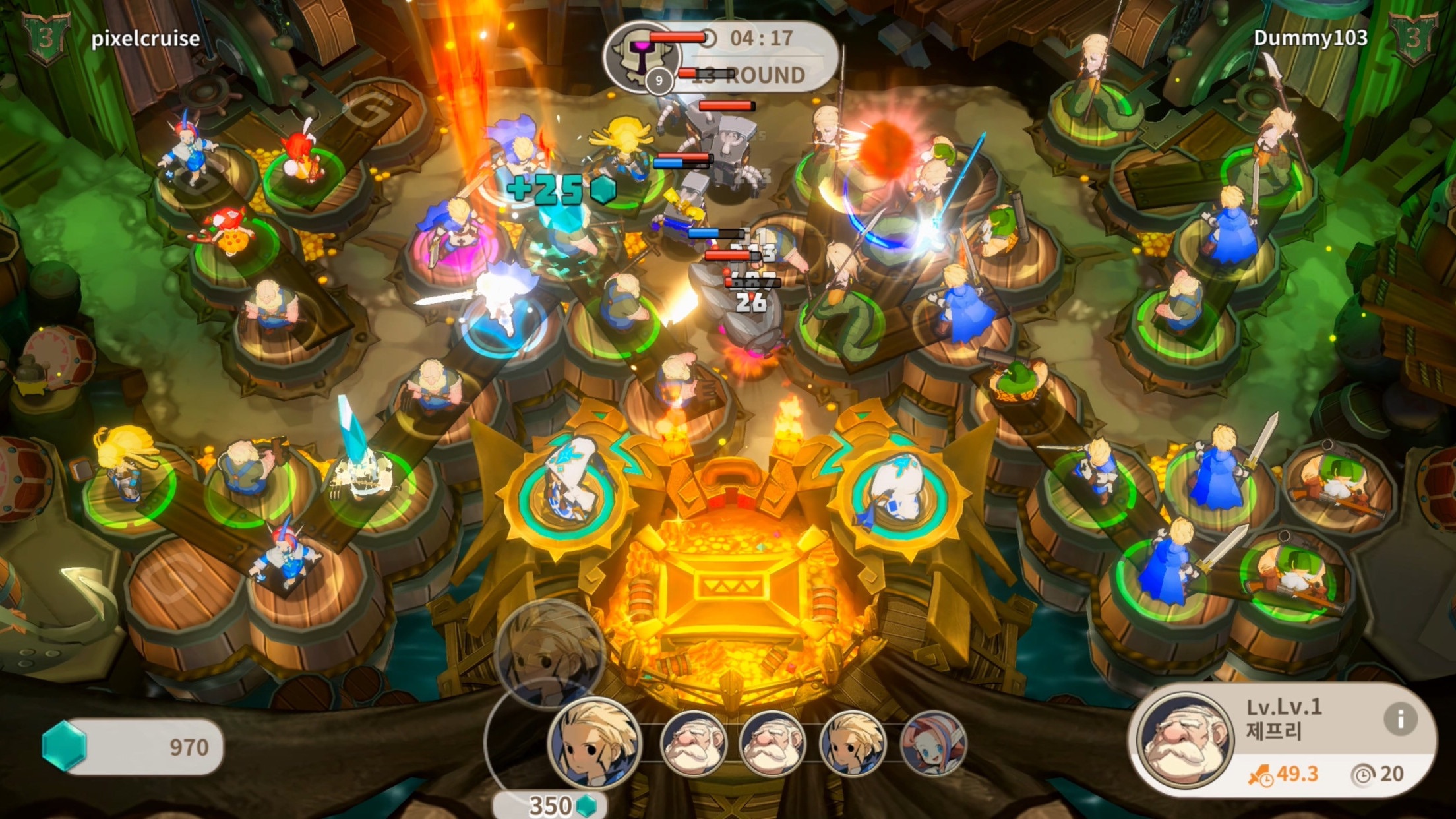 Guardians Chronicle is more accessible than most deck-builders, and that’s straightforwardly a good thing as far as we’re concerned. While all the usual genre components are there, such as summoning, claiming rewards, earning achievements, completing quests, levelling characters up with gold, and so on, the main event is the short, sharp tower defense rounds.

Each match tends to be fairly close, too, giving you plenty of motivation to drop back into the lobby after a defeat, level-up everything that you can, see what rewards you’ve got waiting for you in your inbox, tweak your deck, and jump back in for another try.

Guardian Chronicle isn’t basic by any means, but it leaves you to discover its depths at your own pace, as you poke around looking for ways to tip the scales in your favor.

By the time you find yourself memorizing the relative merits of Aqualop versus Icing, you’re ready - and you got there at your own pace.

As such, this would be a great gateway game to the card-battling world. 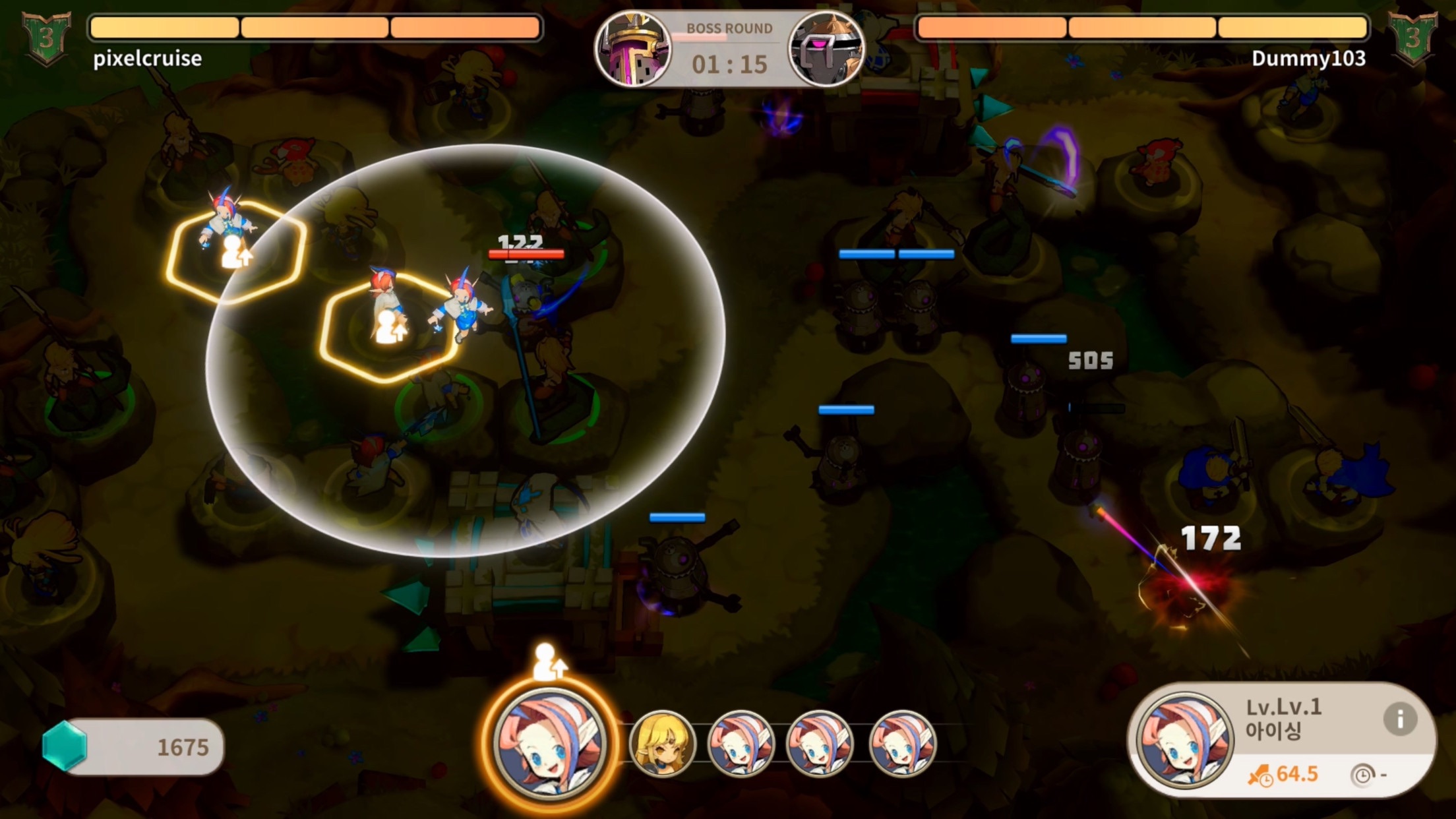 Like countless smartphone strategy games before it, Guardian Chronicles suffers from limited screen real-estate. However spindly your fingers, and however keen your eyesight, it’s tough to keep track of the Guardians you have in the field when the action starts to heat up.

In desperation, we frequently resorted to just holding a finger down on a Guardian to see whether a fusible counterpart would light up, which undermines any illusions we had about our tactical supremacy.

The lack of single-player is also a downer. While we were always able to find a game in both Competitive and Co-op modes, if you can’t get online you can’t play the game. It’s hard to see how that’s a good thing.

Guardian Chronicle is a promising prospect if you’re a tower defense fan, or a relatively casual strategy gamer on the lookout for a fresh take on the genre.

There’s a nice, brisk rhythm to Guardian Chronicle’s gameplay, and it can be very difficult to put down when you know you’re just an upgrade or a reshuffle away from victory.

It might not appeal to die-hard fans of Hearthstone and Magic: The Gathering, but if you’ve never seen yourself as a deck-building enthusiast this could be the game that proves you wrong.

There are four classes in Guardian Chronicle - defense, support, attack, and growth - all with different specialties. Attacking guardians are powerful but rare, so defense guardians will make up the bulk of your fighting force. Support and growth guardians help the other types, with growth generating Lanic to help you deploy more guardians.

To thrive you’ll not only need to position your guardians with care during battle, for instance placing units that slow enemies down near their spawn points, followed by attack or defence guardians, but you’ll also need a solid, well-balanced deck.

Each deck has five slots, and you can have up to five decks saved. Guardians, meanwhile, come to you through summoning and opening chests. You’ll get gems, gold, summoning tickets, and more by completing quests, bagging achievements, and so on.

The other way to get gold is by playing rounds, and you can spend this on upgrading your guardians and your masters.

The routine of alternating between tower defense rounds and doing the all-important reward-claiming busywork and managing your deck gives Guardian Chronicle an enjoyable rhythm, and rounds are so quick that it’s difficult to resist jumping in for another go.

There are some minor niggles, such as the small size of the units on the screen, which can make it difficult to work out what’s happening when the battle heats up. We frequently found ourselves holding a finger down on guardians just to see whether a matchable guardian was available as a glowing beacon, as it wasn’t easy to tell at a glance.

And the lack of a single-player option leaves you at the mercy of the servers whenever you want a game. We never encountered any problems finding a partner or an opponent, but if you find yourself offline for any reason you’re stuck.

But that’s not a deal-breaker. As long as you’re online, it’s hard to be disappointed with Guardian Chronicle. It’s free, fun, intuitive, addictive, and deep enough that it’ll quietly keep you busy for a long time. 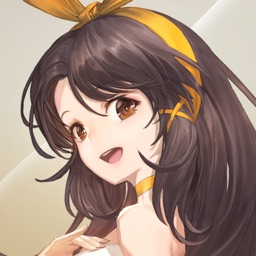 Guardian Chronicle
LINE Games
Nothing found :(
Try something else