You are using an outdated browser. Please upgrade your browser to improve your experience.
by AppAdvice Staff
September 15, 2020

We love Guns of Glory. While the vast majority of free-to-play strategy-MMOs on mobile are set in fantasy universes, with magic, dragons, and all that junk, Guns of Glory takes an exciting moment in our social and literary history as its setting.

Your main enemy is the Cardinal, and your allies are the Three Musketeers, while the game’s backdrop is the industrial revolution, when gunpowder was a relatively new concept in the west and firearms technology was in its infancy.

The gameplay sees you building up your Musketeer cavalry, training your troops, managing resources, forming alliances with friends, and planning raids

It’s one of those games that prove history is every bit as exciting as fantasy. Of course, there are monsters thrown in for good measure too, plus a generous helping of steampunk alchemy, so you don’t have to feel like you’re missing out.

To celebrate three hugely successful years, during which Guns of Glory has been downloaded 80 million times in 238 countries, hitting the number one spot in 65 of them on iOS and 21 on Android, developer FunPlus is holding a number of interactive in-game events, as well as a unique Glory Ambassador contest.

The contest, which opened on September the 3rd and lasts right through till the 18th, will see the winner being named Glory Ambassador, as well as pocketing an incredible $20,000 prize.

They’ll also get the chance to work alongside FunPlus to build up the Guns of Glory community, serving as a bridge between the players and the developers – a dream role for any Guns of Glory superfan.

Second and third place, meanwhile, will pocket $10,000 and $5,000 each, and 20 other Glory Ambassador nominees will get bountiful in-game packages.

To enter, you’ll need to complete three separate submissions: an image, a video, and a comprehensive review. For details on exactly what to do, where to send your submissions, and what’s happening with the various other events, check out the official Guns of Glory Facebook page.

Guns of Glory is available for free right now on the App Store and Google Play. 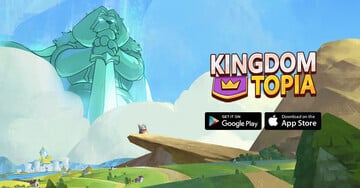 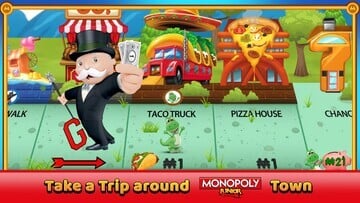 Introduce Kids to the Iconic Board Game With Monopoly Junior