You are using an outdated browser. Please upgrade your browser to improve your experience.
by AppAdvice Staff
September 15, 2020

It takes a special kind of ruler to sleep through a military offensive. Prince Snow is just such a ruler, remaining happily unconscious during the invasion of his home, the once great and prosperous Kingdomtopia.

When he wakes up Kingdomtopia is leveled, and the king is slain, so Snow is forced to take the throne and rebuild his homeland. That’s the setup for Kingdomtopia: The Idle King, the latest idle management game from Joyseed Gametribe.

Kingdomtopia – the place, not the game – is divided into several regions, and you have to get them up and running one by one. Repair the farm and it starts generating gold, which you can spend on reinstating another revenue stream, such as hunting, mining, or the market.

You can also renovate and optimize all of these buildings and activities, in turn increasing the amount of sweet, sweet gold they pour into your coffers.

If you’ve ever played an idle clicker type game before you know the drill. The gameplay is super-simple – you just tap tap tap on the screen to keep harvesting gold, pausing occasionally to invest it in more gold-generating opportunities.

Not only is Kingdomtopia: The Idle King an idle management game, but it stars an idle prince. That’s idleness squared, and so you can hire a mayor in each area to collect gold for you, saving those fingertips, or at least letting you concentrate on more profitable activities elsewhere in your kingdom. Occasionally invaders attack and you can tap to punch them out in these mini-events however.

As well as an utterly addictive gameplay hook, Kingdomtopia: The Idle King has a charming cast of animal characters to meet, including Pugg, your loyal retainer, Helga, a former pirate who you’ve entrusted with the job of mayor, and even your deceased father, who offers wisdom from beyond the grave, like Mufasa in the clouds.

Plus, from time to time you’ll get to bop your enemies on the heads to send them scurrying. Kingdomtopia: The Idle King has it all, and you can download it for free right now on the App Store and Google Play. 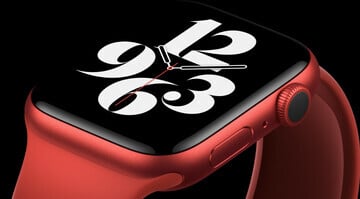