You are using an outdated browser. Please upgrade your browser to improve your experience.
Accessories
by Bryan M. Wolfe
January 18, 2018

The recently released Allure Alexa Speaker by Harman might not win any design awards. Nonetheless, it’s one of the best smart speakers currently on the market. In this review, you’ll learn more about this would-be Apple HomePod competitor. 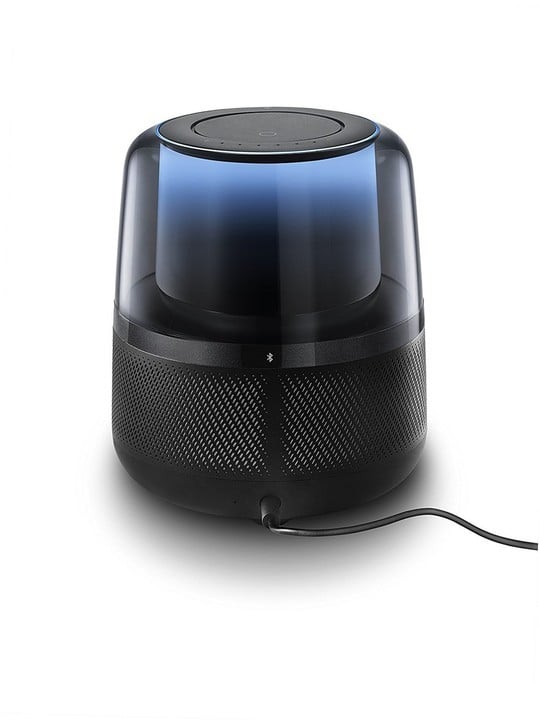 First announced at IFA 2017 in August, the $250 Harman Allure features a four-microphone array and 360-degree sound that’s powered by transducers and a built-in subwoofer. It also includes unique ambient lighting which pulsates during operation.

There’s a lot to love about this speaker starting with the sound it provides. Thanks to its beefy internals, the Allure does a great job at filling an entire room with music. Even at deafening levels, the sounds it provides are crisp.

Additionally, when Alexa speaks, the Allure provides clear sound. The same can’t be said about Amazon’s Echo Dot which offers muted tones, at best. The sounds from the Allure also best those found from the second-generation Echo which was also announced last year.

One of my favorite Allure features is the 360-degree, multicolored, and responsive lighting that's hard to miss.

The Allure Alexa speaker also does a great job of picking up voices. Thanks to noise cancellation technology, it can hear an individual even when a room is full of loud sounds. This was proved recently at two separate holiday gatherings at my home where the Allure quickly became an attention grabber for better or worse.

One of my favorite Allure features is the 360-degree, multicolored, and responsive lighting that’s hard to miss. The lightning, which features various shades of gray, helps to elevate the music listening experience. And yet, the light isn’t overpowering.

Don’t like it? You can turn off the lights using the free Harman app. 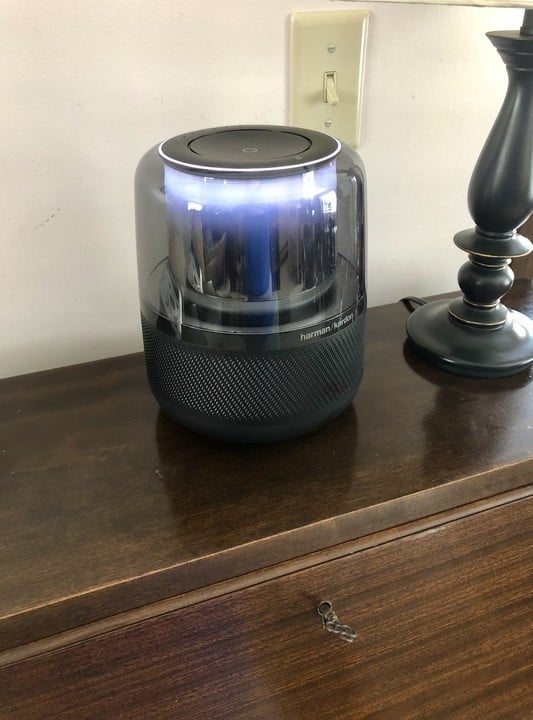 The Verge has noted the Allure speaker looks like a food processor and I would mostly agree.

Usually what a home speaker looks like doesn’t matter since most have been designed to disappear into the background of a room. By adding 360-degree lighting, however, Harman apparently wants people to notice this speaker, which they are based on my experience.

A bad move or not, Harman is attached to this look. The recently announced Allure Portable Digital Assistant Speaker uses the same design.

Beyond this, there are some other points to keep in mind.

First, Allure does not yet support phone calls using the official Alexa app. Harman notes that a future update might include this feature, however. You also can’t create a multi-room system with Allure, although that functionality is also possible in a software update. 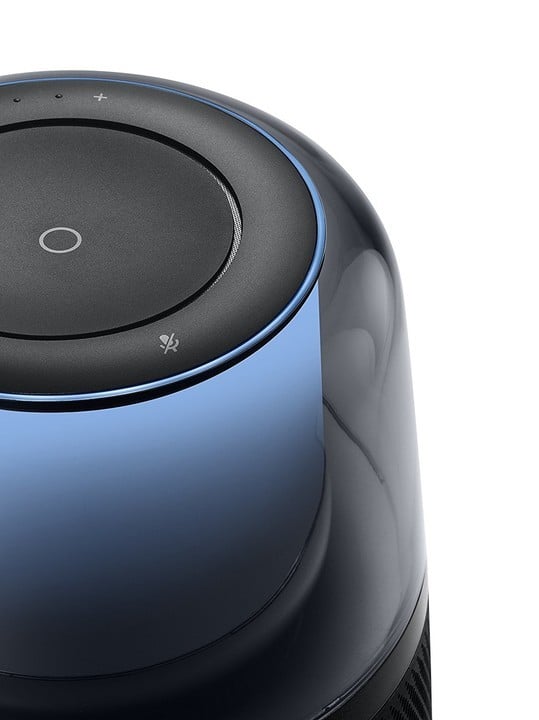 Even if you’re not in love with the Allure Alexa speaker’s unique design, it’s a device worth considering thanks to its impressive lighting system and sound capabilities. If you’re looking for an Alexa-based speaker not owned by Amazon, this is one to consider.

You can purchase Allure via the Harman website, through Amazon.com, or at other retailers. 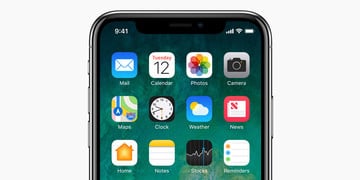 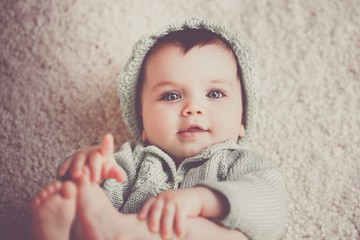