You are using an outdated browser. Please upgrade your browser to improve your experience.
iPlay Video
by Joe Wright
August 8, 2016

Hulu has announced that it’s planning to discontinue its free, ad-supported streaming tier, meaning users will no longer be able to watch shows free of charge via Hulu’s platform.

The free content is heading to Hulu's partners, namrly Yahoo View and Comcast.

Of course, Hulu isn’t shutting down entirely; for a price, customers will be able to subscribe to one of the platform’s plans, for either $7.99 or $11.99 per month (depending on your tolerance for commercials). And free content will be available from elsewhere – namely Yahoo’s new streaming site, Yahoo View.

The news comes from The Hollywood Reporter, which explains that “Hulu will begin notifying customers of the change over the next few days, and members who have been using the free service will be offered free trials of a paid subscription.” The same article explains:

Most of Hulu’s free content has been fairly limited, restricted to what’s known as the “rolling five,” or the five most recent episodes of a current show — content that typically becomes available eight days after it airs and is usually also available for free on broadcast networks’ websites. For example, recent episodes of shows like America’s Got Talent, South Park and Brooklyn Nine-Nine are currently available for free, while Hulu’s slate of originals and high-profile exclusives remain behind the paywall.

Mind you, iOS device and Apple TV owners have never been able to watch free Hulu content on their iPhone, iPad, or set-top box. For that, you’ve always required a paid subscription. As mentioned, these start at $7.99 for an ad-supported Hulu service with “limited” commercials; an ad-free “no commercials” service costs $11.99 per month.

Live streaming is set to come from Hulu next year, and it’ll reportedly cost somewhere in the region of $40 per month. Though further details are, as of this writing, scarce. As always, we’ll keep you posted with further information as we receive it. 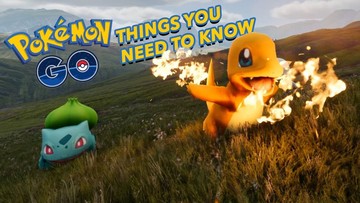