You are using an outdated browser. Please upgrade your browser to improve your experience.
Pocket Gaming
by Joe Wright
August 8, 2016

According to one piece of analysis, Pokemon Go has made a staggering $200 million in revenue in its first month of availability, and in doing so the application has broken a major record.

The news comes from TouchArcade, which cites data from Sensor Tower. If estimations from the group are accurate, Pokemon Go made a whopping $200 million in worldwide revenue during its first month; this is seven times the revenue made by Candy Crush Soda Saga during its first month, and almost twice the revenue of Clash Royale. As you can see in the below graph, the launch of the game in Japan really saw Pokemon Go's revenue generation take off and reach staggering heights. 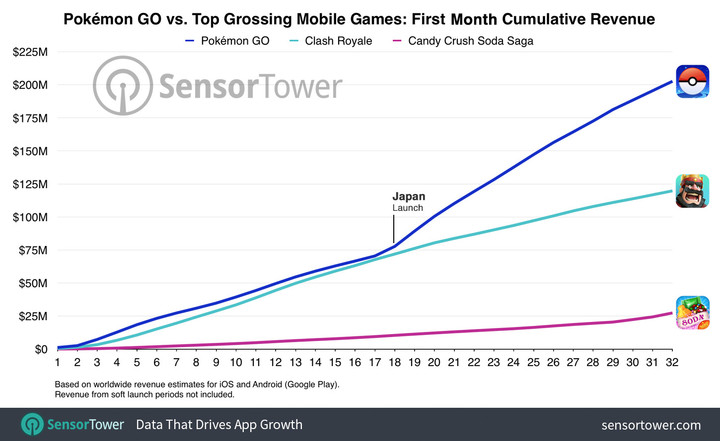 There's been a lot of talk recently about the potential longevity of Pokemon Go, and although I started as a super-casual player, I've also experienced some of the problems more hardcore Pokemon Trainers faced after a week or so of serious play. You see, Pokemon Go gives players a bunch of Poke Balls at the beginning of their quest, and rewards them with additional balls following each level up — and of course following most calls at nearby PokeStops. More importantly, at lower levels most Pokemon you encounter can be caught with one ball.

However, as you progress through the game, and particularly from around Level 13 onwards, catching Pokemon becomes trickier. Additional balls are required (sometimes as many as five or six, if not more), and Pokemon are more prone to dashing off after a string of failed attempts – and wasted Poke Balls. You find that you're getting through a lot more Poke Balls than you did earlier in the game, but without the chance of earning many back as easily. This, in turn, is because the number of XP required to level up increases exponentially as you progress. The experience is generally harder, more frustrating, and less rewarding. But I think it also pushes players towards spending real world cash on additional PokeBalls, and perhaps even the odd Lucky Egg, in order to navigate these constraints.

Is this a shortcoming of the game? Well, look at the data: Pokemon Go has made $200 million in its first month. And that figure is continuing to climb. Although I think – or rather, hope – that Pokemon Go is going to receive some kind of new feature set which enhances the app's playability for higher-level Trainers (perhaps in the form of peer-to-peer battles, Pokemon trading, or something similar), you've got to recognise that the aim of the game here is to get players to make IAPs. And that is clearly happening.

It'll be interesting to see what the future holds for Pokemon Go. For now, I've stopped playing, and I can imagine others doing the same (if they haven't already). Have you given up yet, or are you continuing to try and catch 'em all? 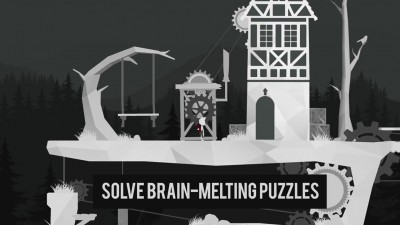 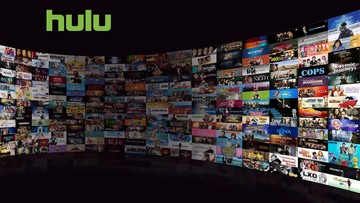 Hulu Is Putting an End to Its Free Streaming Tier