You are using an outdated browser. Please upgrade your browser to improve your experience.
by Bryan M. Wolfe
July 7, 2017

Despite the introduction of the Samsung Galaxy S8 in April, iPhone sales remain “steady” and may have even improved in June. This should be great news for the 2017 iPhone lineup, according to Canaccord Genuity’s T. Michael Walkley.

In a note to investors, the analyst contends that the iPhone 7 and Galaxy S8 continue to dominate the U.S. premium smartphone market as summer began. It’s explained that the LG G6 has “disappointed” while the Google Pixel has been stymied by limited availability and marketing.

In other words, thanks to the steady stream of leaks over the past few months, we already have a pretty good idea what to expect from Apple’s next flagship device.

At a minimum, we expect the new iPhone to include an OLED screen (produced by Samsung initially with potential second sourcing in 2018 from Japan Display, Sharp, and AU Optronics) with very high screen to body ratio, the elimination of the home button, fast or accelerated charging, improved stereo speakers, fewer color SKUs, 64GB and 256GB memory options, and possibly improved water resistance. We also anticipate 3D sensing technology for facial recognition, wireless charging and a full glass body design.

Though some early productions delays could exist because of the iPhone 8’s new OLED display, Walkley expects supply will improve to meet the strong holiday season demand.

Did you notice what Walkley’s note doesn’t mention? Touch ID.

The biggest unknown about Apple’s new 5.8-inch handset has been the placement of Touch ID. For months, it looked like the device would include Touch ID embedded into the display. Early production issues, however, put that placement in doubt.

In April, it appeared increasingly likely Apple would be forced to move Touch ID to the back of the device. Another rumor said Touch ID might be headed to the device’s power button. In more recent weeks, it looked again like Touch ID would find a place embedded into the display.

More recent reports, including the one mentioned here, puts this in doubt.

I remain unconvinced Apple would move Touch ID to the back of the device.      We will know soon enough.

Apple’s likely to announce three new iPhones for 2017 in early September. In addition to the long-rumored 5.8-inch device, the company’s also expected to release a 4.7-inch “iPhone 7s” and 5.5-inch “iPhone 7 Plus.”

Cupertino will announce iPhone sales for the company’s third quarter on Tuesday, Aug. 1. 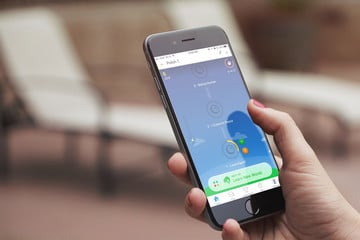 Language Learning Is a Fun Adventure With Memrise 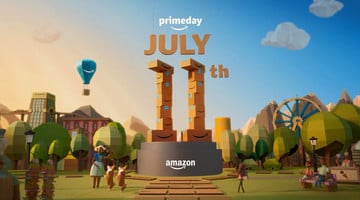 Ahead of Amazon Prime Day, A Primer on the Service