You are using an outdated browser. Please upgrade your browser to improve your experience.
Music
by Joe Wright
August 26, 2016

It looks like Universal Music Group really is done with streaming exclusives, and as such, Lady GaGa's forthcoming fifth studio album is not going to be released exclusively on Apple Music, as we'd previously thought.

We don't know whether or not exclusive deals are profitable for Apple.

According to sources who spoke with HITS Daily Double, “the music industry's disdain for exclusives has forced Universal's label Interscope to release Lady GaGa's fifth studio album on a non-exclusive basis,” rather than making the album exclusively available on Cupertino's music-streaming service, iDownloadBlog explains. It's an interesting predicament, stemming from Frank Ocean's exclusive release of “Blonde” on Apple Music earlier in the week.

A deal, you see, had apparently been in the works between Apple, Lady GaGa, and Interscope. But that's been squashed, and album is now indeed scheduled for general release.

Industry chatter has it that Universal—after agreeing to let Ocean walk away from them because they’ve grown weary of his constant demands—was unaware that the artist already had another completed album ready to self-release on Apple Music.

According to recent reports from BuzzFeed News and Music Business Worldwide, major record labels want to ensure that there’s not just one winner in music streaming.

Apple is pushing for exclusive deals from artists in an attempt to sway subscribers. Of course, what we don't know is how much Apple is paying individual artists for these exclusive deals, and how many new Apple Music sign-ups these exclusives translate into. Because of this, it's impossible to gauge how successful – if at all – exclusivity arrangements are proving for Cupertino.

It'll be interesting to see where things go from here. Check back with us for more information as we receive it. 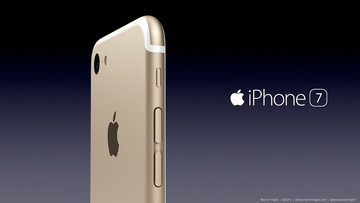