You are using an outdated browser. Please upgrade your browser to improve your experience.
Accessories
by Karen Freeman
August 15, 2016

We picked the Logitech CREATE  as the best keyboard case for iPad because it’s an excellent keyboard that connect with the iPad via Apple’s proprietary Smart Connector, like Apple’s Smart Keyboard. Most other keyboard cases connect to the iPad via Bluetooth, which can sometimes be a hassle to connect and maintain connection. It’s a great overall keyboard case with many desirable features.

Everyone wants a keyboard case that is a pleasure to use and makes you look forward to pulling out your iPad, regardless of the tasks ahead. The iPad is an enjoyable slice of tech. Any keyboard case you use should enhance, not detract from that.

Here are the main things we look for when deciding on what makes a great iPad keyboard case:

Why is Logitech CREATE the Best?

Why is Logitech CREATE the Best?

The most important feature for an iPad keyboard case is ease of pairing. No one wants to have to spend a minute or two pairing their iPad to its keyboard, much less do so repeatedly. You’ll never have that issue with the Logitech CREATE. The keyboard’s Smart Connector rather than Bluetooth means that connection is instantaneous, every single time you use the CREATE.

The other ultra important feature for a keyboard case is an excellent keyboard. Like the connection, you don’t want to have to think about where the keys are or if they’re even there. Due to the size limitation of the 9.7-inch iPad, any keyboard case is going to have a smaller keyboard than a MacBook. But the CREATE is as close as you can get to a MacBook keyboard, albeit on a smaller scale. The keys are where you expect them to be and they have the right amount of give (1.4 mm key travel, to be exact) and click (mechanical scissor keys) to them. You have keys like control, option, and command, just like on a MacBook. There are even buttons to control your iPad’s brightness, volume, music/media controls, language, and keyboard backlight brightness.

The Logitech CREATE ticks all the boxes. You don’t charge the CREATE at all, since the Smart Connector allows it to charge from the iPad. It’s good-looking and it’s one of the few keyboard cases that comes in any color besides black. It doesn’t add much bulk or weight to the iPad, considering all it does and the amount of protection it offers. It has sleep/wake functionality and is easy to take on and off the iPad. It even has a sturdy loop to hold an Apple Pencil, a welcome feature if you own one.

Taking a Closer Look at the Logitech CREATE Keyboard

Taking a Closer Look at the Logitech CREATE Keyboard

Logitech’s keyboard case uses Apple’s own Smart Connector technology to connect with your iPad Pro. They previously released the 12.9-inch version, but just recently came out with the Logitech CREATE Keyboard for the 9.7-inch version.

I had the opportunity to go hands-on with the new Logitech CREATE Backlit Keyboard Case with Apple Pencil holder and Smart Connector for iPad Pro 9.7-inch. I was impressed with this keyboard case. It is different from the wireless Bluetooth keyboard cases I have reviewed, and not just because of the connection. It is not hinged like a laptop and so it does not as closely resemble a tiny Macbook.

I liked not having to set up a Bluetooth connection. I put the iPad into the case and fold the case into typing position. The Smart Connector connects the iPad to the keyboard immediately, so you just start typing.

The keyboard itself is slim and narrow, but touch-typing was easy and natural right way. The keys have the right amount of click and give. The keyboard shortcuts you’d expect are there, so you can use your iPad much like a Macbook in many ways. The keyboard is backlit so that you can use it in the dark.

There is a tab that holds your Apple Pencil and keeps it safe and out of the way while you type. There are precision cut-outs for the camera and all of the ports, switches, and speaker. Well-marked button covers protect the volume up and down buttons. Most of the case is hard plastic, though the outer cover is canvas. I have the Blue color, though I would describe it as a dark navy. I think it’s darker than it appears in the photos on Logitech’s site. 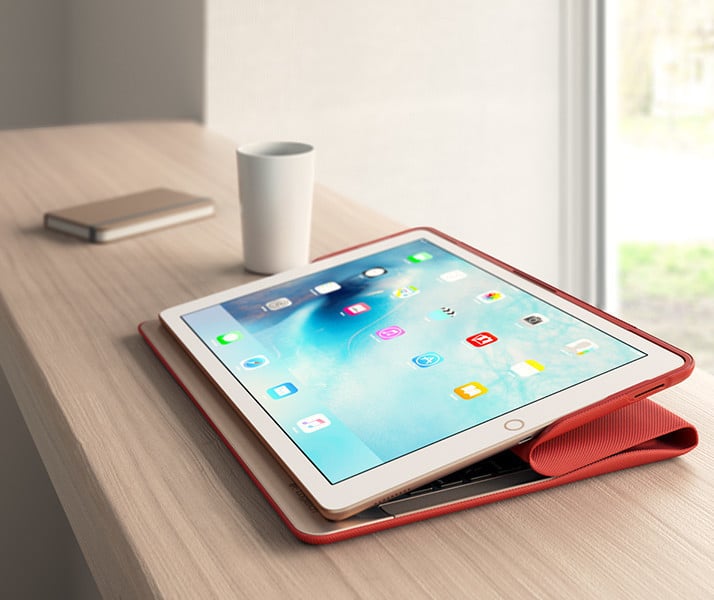 Lay the Logitech Create down for drawing or touch typing

Though the CREATE is more substantive than Apple’s Smart Keyboard, it is not particularly heavy or unwieldy. It feels protective. There are magnets in the cover that operate the iPad’s sleep/wake functionality. These magnets are strong enough to keep the front cover, which contains the keyboard, closed when you hold it upside down. You can also fold the keyboard behind the iPad when you want it out of the way.

Because this is not a hinged case, you don’t get your choice of typing angles. For example, when the iPad is propped up and placed in the Smart Connector, that’s the angle you get. This means you also have to use this angle for reading or watching videos. It’s a good angle, probably about 60° from flat, but sometimes I want it just slightly higher or lower.

Logitech’s CREATE is an excellent product. It’s well made, it looks and feels good, it’s efficient, and it works just as you would hope. It’s not quite like the typical Bluetooth keyboard case, nor is it quite like Apple’s Smart Keyboard. It’s a worthy contender if you’re looking for a product with this functionality. 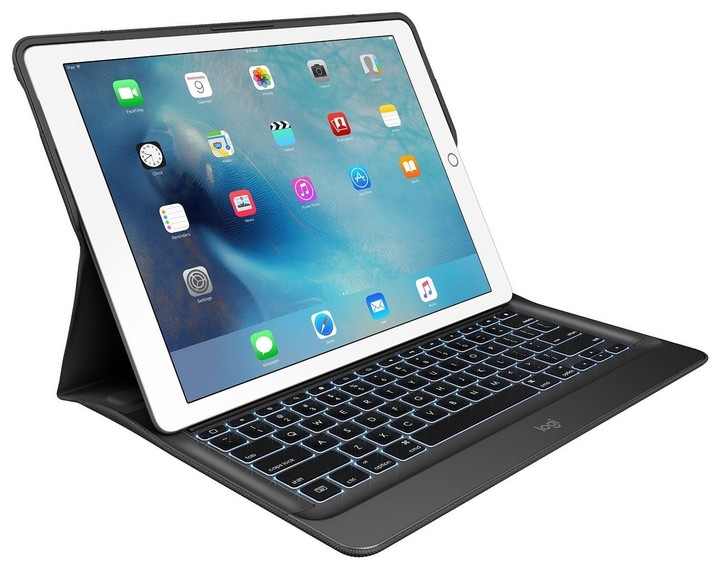 What More for Your iPad? We've Got You Covered 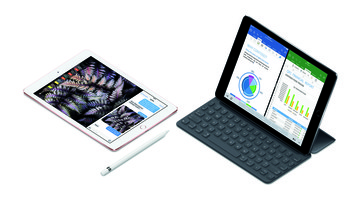 The Best iPad Accessories for the iPad Enthusiast 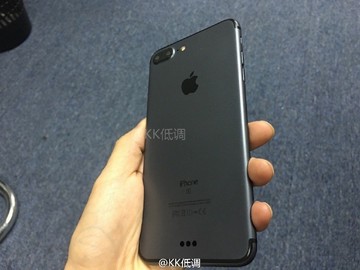 How Apple's Rumored Space Black 'iPhone 7 Plus' Might Look 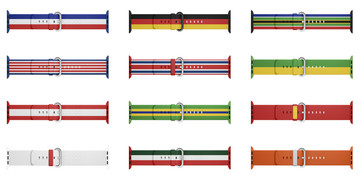 Apple Is Giving Its Flag-Themed Watch Bands to Olympic Athletes