You are using an outdated browser. Please upgrade your browser to improve your experience.
by AppAdvice Staff
October 2, 2021

Magnum Quest, from Tuyoo Games, is arguably the best idle RPG of 2021.

Not only is it breathtakingly gorgeous, with realistic 3D backgrounds, detailed character models, and highly impressive skill effects, but it’s a lot of fun too, thanks to some deep strategy gameplay and a generous free-to-play system.

Magnum Quest also boasts a brilliant cast of Legendary Heroes. There are 38 of them, to be precise, and they belong to six different factions: Divinity, Abyss, Fortress, Wild, Forest, and Shadow.

You’ll need to develop an intimate knowledge of your Heroes’ strengths and weaknesses, as well as their affinities with other Heroes and factions, if you want to compile the best possible squad.

And, let’s face it, you absolutely do want to do that.

In this guide we’re going to briefly introduce you to the Heroes in Magnum Quest, and we’re going to start with Divinity. Which is easy, because there’s currently only one Hero in Divinity faction: Sur.

Sur uniquely combines the properties of support, healer, and damage dealer, making her a solid all-rounder and a valuable member of any team. She can also absorb a lot of damage for a non-tank character. Her superpower allows her to distribute energy to allies.

You can level Sur into a tank character, but this isn’t the best direction for her. Instead, develop her into a Hero with high damage and put her at the vanguard where she belongs.

Abyss faction also only has one hero: Katos.

Katos is a tank character, and he’s very effective in PvP battles with silence effect, due to his high levels of health and protection. He’s also a bit of an enigma, since his abilities depend on ATK yet his main characteristics are survival and defence. 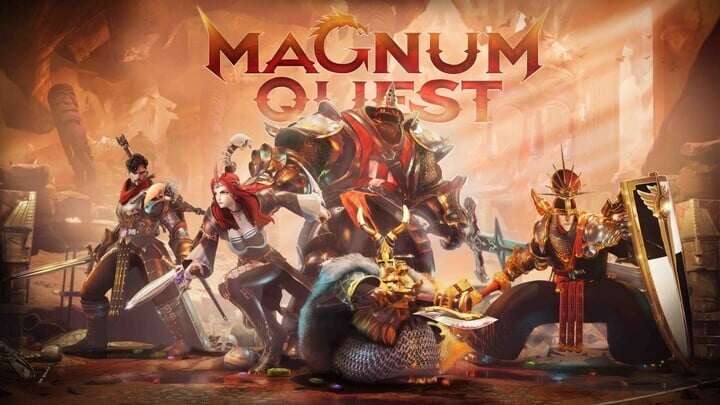 There are eight Heroes in Fortress faction.

Aurik is a dwarf shooter and notorious lover of ale, which gives him a boost in battle (don’t try this at home).

His strengths include high area-of-effect damage and the ability to apply debuffs to enemies. His normal attack can also interrupt an opponent’s ultimate, which is very useful indeed, particularly in tough fights or boss battles.

Aurik is above average, so he’s a safe pair of hands for those occasions when you don’t have any better ideas.

Arthur is not just a tank – he’s THE tank. If you’re heading into a boss battle and you need a Hero who can soak up damage and heal his comrades effectively, he’s the man for you. You’ll need him at a decent star rating, though.

Winden the wizard is a relative weakling, given to all players on their seventh entry into the game. You can also buy him at the game store. He lacks control, takes ages to build up his ultimate, and has rubbish survivability. Poor Winden.

Feng, on the other hand, is a bonafide buttkicker, and the number one boss damage dealer in the game. He deal s more damage than Ares, lives longer than Gila, and is more reliable than Ecra. An asset to any team – even one without a healer.

Ecra is a powerful damage dealer, both against single targets and areas, with an unusual set of skills, including heal block, periodic invulnerability, damage reflection, attack steal, and heal. Also great for guild bosses, due to her ability to reflect damage when the boss is dispersed.

Bill is a fortress tank who can deal area damage and throw opponents, interfering with their abilities. Best deployed in the first row of a team, though this damage, control, and survivability are all pretty weak, so perhaps best not deployed at all.

Cinia is a fabulous support Hero in boss battles. She gives her whole team an energy boost and vulnerability debuff. She makes a good pairing with Sur, who needs lots of energy to do his thing.

Flann is an assassin who works best at close quarters, where she deals triple damage to opponents with less than 30% HP. The best way to use Flann in the long term is to level-up her dagger damage. 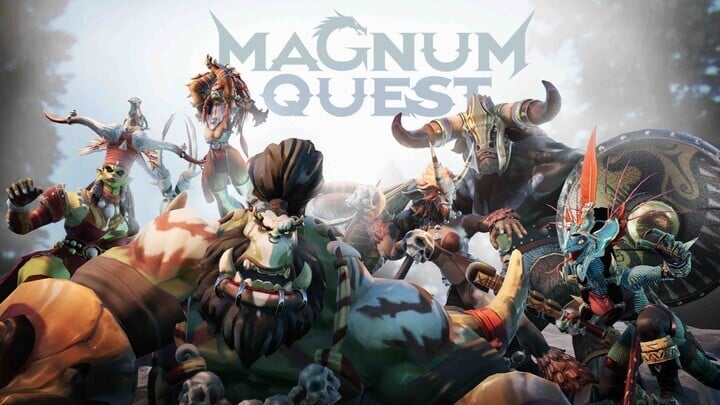 The Wild faction is currently the largest, consisting of ten characters.

Harry is an excellent tank with good AOE damage and the ability to increase allies’ ATK and Haste, while also demoralizing enemies by reducing their Haste.

Issy is a fascinating damage dealer who is capable of attacking multiple individual targets using poisonous insects. To get the most out of her, level-up her ATK, CRIT, HST, and HIT.

Ares is one of the best characters in Magnum Quest, if not the best. He’s a powerful tank with huge damage, healing, and up to eight seconds of invulnerability. Particularly effective when paired with Fare, who pulls enemies into range of Ares’s AOE damage.

Gila is a reptilian Hero whose passive skill deals a good amount of damage to a single target, as well as making enemies vulnerable to damage across your team. Gila is also a solid close quarters fighter, thanks to his high Dexterity.

Hista is another solid boss battler, inflicting continuous and explosive damage on a single target. She can also inflict bleeding and, later, heavy bleeding. Which is never fun.

Rickers is a tank character who specializes in holding down and stunning enemies. Great for PvE encounters, but not so hot with bosses, because stuns don’t work on bosses. Rickers is also robust, with high base health and protection.

Manton is a centaur who specializes in melee combat, but can also hurl his spear and enemies on the back row. Despite having the hunking body of a warhorse, Manton is pretty weak overall, with no healing or invulnerability. Avoid.

Naomi is a healer and a debuffer who works well with Wild heroes, increasing their attack and defense.

Zander is a ranged fighter who appears to have potential, but in fact has none. His only advantage is his AOE cone damage, but this takes a long time to build. He can be useful in the Wild faction dungeon, however.

Gaia is a Golg III hero who newbies tend to like because it’s easy to get her up to three stars. She also has massive AOE auto attack damage, which eventually translates into healing power too. 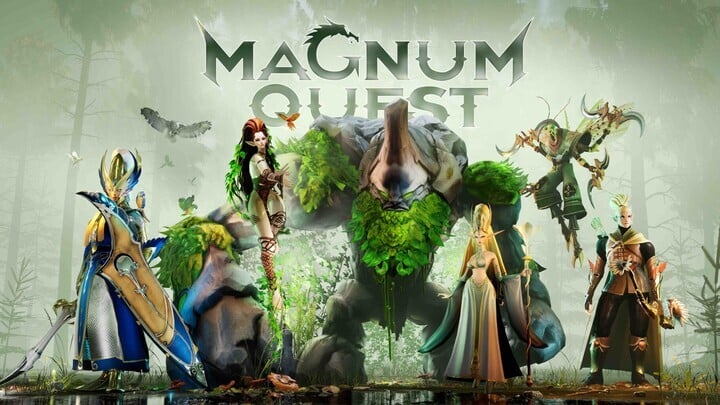 Cyan is an assassin who jumps behind his enemies at the beginning of a battle and attacks them from behind. He also inflicts DOT damage, meaning he tends to be most effective in drawn-out battles.

Aeluin is a powerful healer with strong control, allowing her to lure opponents over to your side for a short time. Works well on guild bosses and demons.

Fare is a tank who works well with Ares or Gaia, because he can attract enemies and bring them within range of their deadly melee attacks. He has this ability at zero stars, as long as he has HIT and HST.

Fie is a very useful support Hero who can also be developed into an excellent damage dealer, making him one of the game’s best all-rounders.

Like Fie, Ione is a good progress Hero who remains useful as you level up. Her most useful attribute is her shields, which protect her allies from all damage. She’s a solid attacker, too, and she can control all opponents on the field.

Emilia makes a good partner for Fie, since she unlocks an ability at 176 that increases the speed of allies. She can also turn an enemy into a good for four seconds, rendering them totally useless.

Monroe is a control tank that works well on bosses as a front row fighter, though he can be considered a debuffer too. Particularly useful against the Dumtior boss. The best approach is to increase his survivability.

Osishe is an extremely useful progress Hero with the strongest control in the whole game. She traps enemies in a cage, or makes all enemies on the field vulnerable for five seconds. She can also escape damage by teleporting. Rubbish against bosses though.

Garaff is a support Hero whose name autocorrects to “giraffe”. His most attractive ability is his control, which allows him to stun and weaken three opponents at a time and apply a leech effect to his allies. 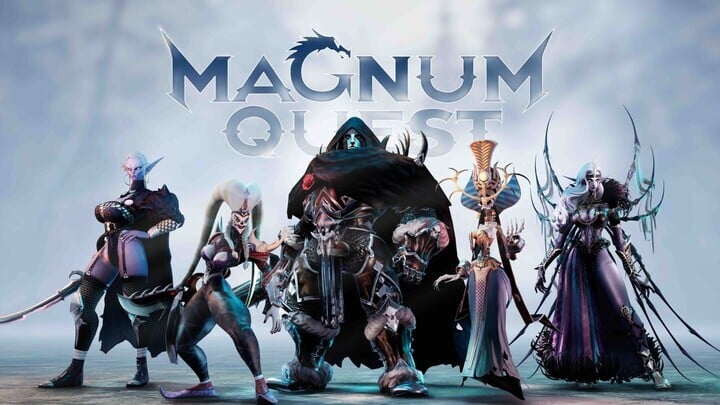 Lycidas is a vampire. Unlike most vampires, however, he’s a healer, primarily healing the first two allies in the first lane. If you don’t have any tanks left, Lycidas will heal the ally with the lowest health. He can also teleport a random ally from the first line into the enemy camp.

Derla is a powerful Hero who can slot into either the first or the second row. Derla inflicts strong AOE damage, but she’s less effective against a single target. She also has good control in the shape of a stun.

Carlotta is an assassin who, like Cyan, jumps behind enemy lines and attacks them from the rear at the beginning of each battle. She can also turn invisible and put up a shield.

Alden is a tank, but not just any tank. He’s an ice tank. That means he can freeze enemies for five seconds, and he can also resurrect allies, which makes him a nice tank as well as an ice tank. Great damage, but rubbish against bosses.

Veara is a dark elf who works best against bosses, because she has a skill that deals damage in direct proportion to how much health the target has – and bosses start with heaps of health. She also has a stun ability, and can function as a tank.

Julien is another tank. His main skill is the ability to take on an etheric form for 16 seconds after death, giving him an extra lease of life on the battlefield, during which time he’s immune from physical damage but highly vulnerable to magic. Rubbish against bosses.

Guss is a revolting Hero who belongs to the Squalors race. He’s basically a horned blob on the back of a floating grub. Yuck. Great against bosses thanks to his ability to inflict damage on a single target. Mediocre otherwise.

Sorsha is a creepy puppeteer with strong explosive and area damage. She goes well with control Heroes, since her main skill attacks control enemies. Great against a boss called Bill. When Sorsha is critical, her puppet bear Honey fights in her stead.

Merialeth is a superb all-rounder with a devastating ultimate attack. Her base health is quite low, however, so you should place her behind strong tanks in the second row. Not much cop against bosses, but great in a standard brawl. 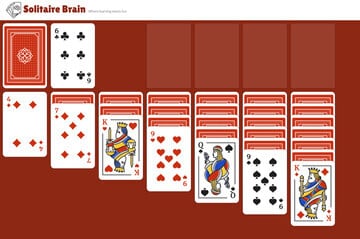 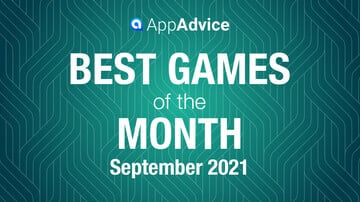