You are using an outdated browser. Please upgrade your browser to improve your experience.
by AppAdvice Staff
October 12, 2021

For a start, it’s absolutely stunning, with character models, locations, and music taken straight from the Peter Jackson movies. It’s got its share of new characters, too, along with a gripping original story.

Once again, the One Ring is at the center of it all. A new ring has surfaced at the deserted castle of Dol Guldur, and the races of Middle-earth are marching on this remote location in order to seize it and claim dominion over the entire continent.

This global race takes the form of a geo-strategic seasonal wargame in which you play as one of a vast number of factions trying to expand their forces across Middle-earth and reach Dol Guldur.

The gameplay involves building up a fortified settlement, recruiting fighters, levelling up your buildings, and then sending your army out to conquer the tiles around your base.

The Lord of the Rings: Rise to War is a deep strategy game where every decision matters. The infrastructure of your settlement determines how well you’ll fare on the battlefield at large, but so does the strategy you employ.

The open, fluid nature of the tactical gameplay, coupled with the time it takes to build up your army to the point that it can take and defend high value tiles, means that strategies in The Lord of the Rings: Rise to War take weeks and months to play out, rather than minutes and hours.

This is a game for the long haul. And you can start your journey through Middle-earth for free right now via the App Store, Google Play, and Galaxy Store. 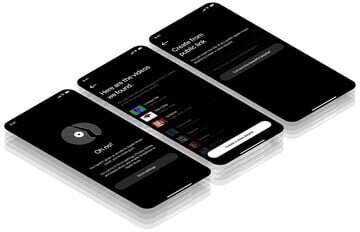 Create Video Playlists from Your Apple Music With Scopitone

Experience Your Music in New Ways With Mixtapes