You are using an outdated browser. Please upgrade your browser to improve your experience.
iWallet
by Joe Wright
May 17, 2016

One of Apple Pay's larger competitors has been nudged out of the market, according to a recent report. CurrentC, the QR code based-solution for merchants and shoppers, is the mobile payments solution in question: the company behind the product, the Merchant Customer Exchange (MCX), has recently announced that it's now taking its business in a different direction.

Before now, CurrentC's partner merchants have suffered fines for signing-up with Apple Pay, the more secure solution from Apple. CurrentC indeed uses a QR code inside of an iOS app, and this is scanned when users check out with their purchases. On the other hand, Apple Pay uses NFC, which allows users to tap their iPhone or Apple Watch against a reader in order to make secure payments.

CurrentC has gradually been rolling out across the United States, but in a recent statement, MCX CEO Brian Mooney has announced that the company is set to “postpone” its nationwide launch of the CurrentC app.

Utilizing unique feedback from the marketplace and our Columbus pilot, MCX has made a decision to concentrate more heavily in the immediate term on other aspects of our business including working with financial institutions, like our partnership with Chase, to enable and scale mobile payment solutions. As part of this transition, MCX will postpone a nationwide rollout of its CurrentC application. As MCX has said many times, the mobile payments space is just beginning to take shape – it is early in a long game. MCX’s owner-members remain committed to our future.

Because of the move, MCX is also axing around 30 employees, since the company “will need fewer resources.”

Apple Pay, on the other hand, is going from strength to strength, both in the United States and internationally. Though growth of Apple Pay usage is admittedly slow, the service has launched support for a bunch of additional banks. It's also available in the huge market that's China, and Barclays, the last of Britain's “big banks” to hold out, launched support for Apple Pay back in April. 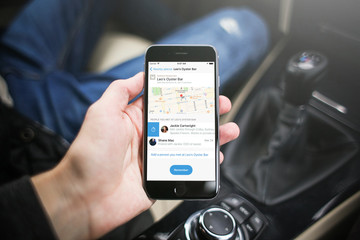 You'll Never Forget Someone You Meet With Remember App