You are using an outdated browser. Please upgrade your browser to improve your experience.
Apple's Software
by Joe Wright
June 11, 2016

Getting to WWDC is hard for folks willing to pay for a $1,599 ticket. It's even harder for students hoping to score one of a limited number of scholarships. This year's youngest attendee has achieved more challenging goals, though: she taught herself to code using free tutorials and YouTube videos, and went on to develop two iOS applications. Now, she has a coveted WWDC scholarship. Oh, and she's only nine years old.

The amazing story of Anvitha Vijay is inspiring stuff, and it's presented in a recent Fortune article (all of which is worth a read). Though a nine-year-old now, Anvitha actually started learning to code two years ago, when she was seven. She had an idea for an iOS application but couldn't afford development fees. So she used free online tutorials, including YouTube videos, to gain the skills for herself. “Coding was so challenging,” Vijay said. “But I'm so glad I stuck with it.”

This year, Vijay, who lives in Australia is fulfilling another dream of hers. She is the youngest attendee at WWDC, Apple’s annual developer conference. Like many of her fellow attendees, Vijay has created a handful of apps for Apple’s iPhone and iPad. But the biggest difference between her and the thousands of other developers who will flock San Francisco’s Moscone Center on Monday is that Vijay is now only nine years-old.

For Vijay, who is of Indian descent, developing apps is about empowering children. Vijay’s apps were inspired by her toddler sister, who was learning how to talk and identify animals. Her brainchild was the Smartkins Animals app, which uses sounds, and flashcards to help teach children 100 different animals’ names and sounds. She then developed another similar interactive iOS app for children to help them learn colors.

The WWDC scholarships are tough to win. Vijay is, as you'd expect, thrilled with her achievement. In order to make it to WWDC, she'll need to travel from Melbourne in Australia to San Francisco, and as such her parents and sister are going to be accompanying her on the voyage. “It's my dream to go to WWDC and meet Tim Cook,” Vjay said. But she's already looking towards her next iOS app, too. This will help kids her own age set goals, Fortune explains.

Apple's WWDC is set to begin on Monday with the company's annual keynote. We'll have all the day's news as it's announced, so check back with us. 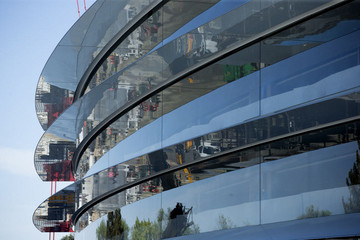 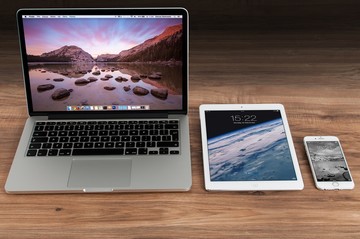 Could This Be Proof That Siri for Mac Is About to Launch?