You are using an outdated browser. Please upgrade your browser to improve your experience.
Apple's Software
by Joe White
April 27, 2016

The dip in iPhone sales disclosed during Apple's recent financial call has prompted Tim Cook, the company's CEO, to bring about a new push on Apple's services business. Doing so would provide the company with a more dependable form of recurring revenue, unlike hardware sales, which are less dependable and often peak and plummet.

There's work to be done.

The news comes from Fortune, which explains that Apple's current lineup of services, including the App Store, Apple Music, iCloud, and Apple Pay, generated almost $6 billion in revenue: this is up 20 percent from the previous year. Fortune adds, “and executives have cheered the progress they are making in subscriptions, touting Apple Music's 13 million paying subscribers.” But there's nevertheless work to be done.

The size of Apple’s installed base — 1 billion devices in consumer hands — suggests it has plenty of room to grow in services. …

But analysts say Apple faces an uphill battle in carving out the same sort of position in services that it has achieved with its hardware. The $6 billion in services revenue also pales in comparison to iPhone sales, which accounted for about two-thirds of the company’s $50.6 billion quarterly sales.

Apple needs a more “aggressive” approach to building its services, the publication adds, and it might need to update its services more frequently than its current yearly release cycle for software. Apple has developed iCloud since its release, launching iWork for iCloud applications, adding iCloud Drive apps and folders for iOS and OS X, and incorporating a number of other Web apps into iCloud's Web interface. But on iOS, there's a lot to improve with iCloud Drive. In fact, this is something we hope Apple tackles in iOS 10.

Fortune also adds that China needs to be a significant market for Apple's services industry, but at present, this is proving difficult for the company to establish and maintain. Last week, for instance, China banned iTunes Movies and the iBookstore. Apple is still working to resolve this issue with regulators.

Of course, we'll hear more concerning Apple's services business at WWDC, and if Cook is hoping to bolster this section of the company's business, it could be more significant developments in this area await. We'll keep you posted with further information as we receive it. 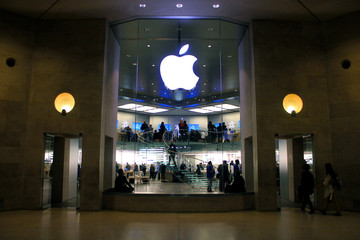 A New Schematic Shows an ‘iPhone 7 Pro’ With a Dual-Lens Camera, Smart Connector