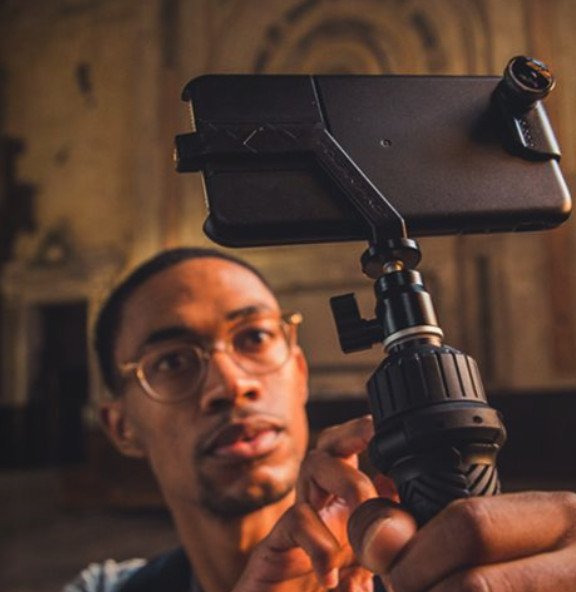 The system offers a huge amount of add-ons including for photographers.

Finding the perfect case for an iPhone accessory can be more than just a pain. While the market continues to grow, it’s nearly impossible to find a case that works with every add-on module – everything from snap-on camera lenses to external batteries, flash drives, and more.

But OtterBox wants to make that a thing of the past with its recently unveiled Universe Case System for the iPhone 6s/6 or iPhone 6s/6 Plus.

The big feature compatibility with a number of special swappable accessories from other third-party companies including Olloclip, Square, SanDisk, and many others.

When you need to add an accessory, just slide off the removable accent plate near the bottom the case and connect the module. Other accessories, like the popular Olloclip 4-in-1 lens system, can attach to the grooved edge inside of the camera opening and on top of the case.

I’ve been testing out the case and three accessories – the vent mount kit, armband, and trippler tripod.

As far as the case itself, don’t expect a ton of protection like the company’s popular Defender series. The Universe case is only made of one piece of material and is similar to OtterBox’s Symmetry series. It’s definitely great for everyday use, and should help protect an iPhone from the usual drops and other shocks. You can select from a black or white color.

All three accessories I tried were definitely useful and easy to switch on and off the case. But by far, my favorite was PolarPro’s tripod. Doing duty as a grip, extension pole, tripod, and stand, it can easily fit in your luggage at just 7.5 inches long. But when needed, it can extend out to 28 inches and act as a nice extension pole. It’s also a very capable tripod.

The actual plate that attaches to the case allows you place a phone into a landscape or vertical position when capturing images or videos. The mini-ball head rotates a full 360 degrees, and you can also tilt it into a number of different angles to get that great shot.

During a recent trip to Florida, the tripod helped me capture a number of fun images and videos of my family. Even if I didn’t need the full tripod mode, just using it to help steady my phone really resulted in clear and crisp photos. I was very pleased. 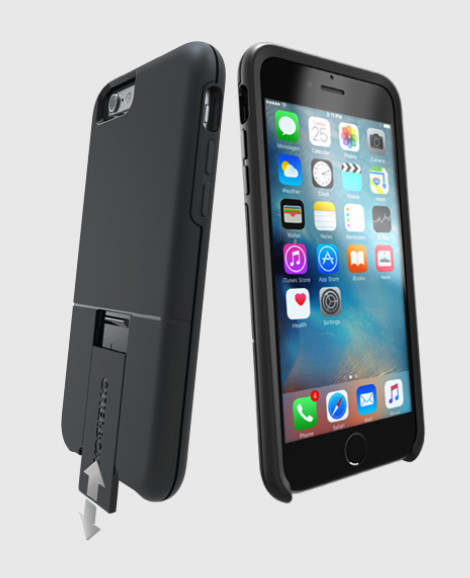 The accent plate is small and can easily be lost.

While the system is solid, there are a pair downsides to consider. The accent plate is easy to remove and put back on when needed. It can also be easily lost. Even though I’m usually good with keeping up with small pieces, I ended up misplacing it twice only to find it a few days later. I’d definitely like see OtterBox include some spare plates especially since the case is awkward to hold without it.

But if you’re not in the market to upgrade anytime soon, and are looking for a great way to protect your iPhone while using a number of different accessories, the Universe system is truly unique and hard to beat. OtterBox has found a great solution to a significant problem that many iPhone users have run into. Hopefully we’ll see more accessory makers jump on board to provide compatible accessories. 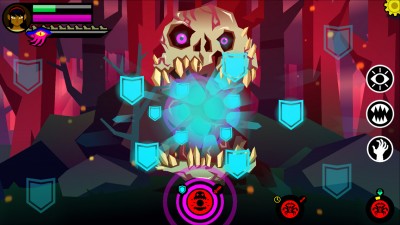