You are using an outdated browser. Please upgrade your browser to improve your experience.
by Christine Chan
July 29, 2016 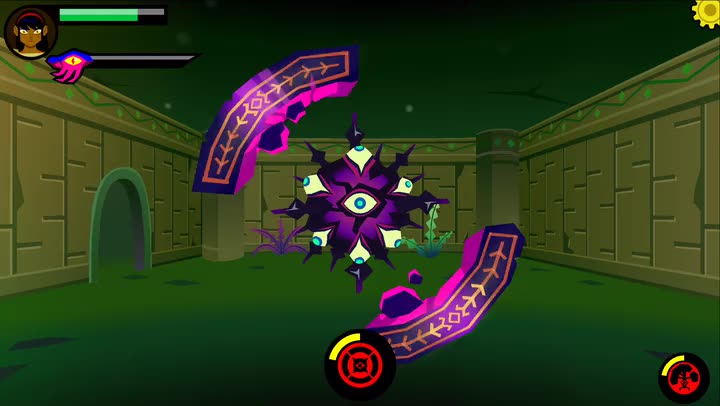 Severed ($5.99) by DrinkBox Studios is a captivating dungeon crawling RPG adventure with puzzles thrown into the mix for good measure. Think of it like Infinity Blade meets The Legend of Zelda with a dash of Etrian Odyssey. If you enjoy any of these genres or games, then Severed is for you.

When people think of mobile games, they probably think of match-three puzzles, more or less, or perhaps the infinite runner. In all honestly, because of the amount of junk in the App Store, some people may not take mobile gaming seriously enough. Fortunately, there are always going to be some exceptions that truly shine on the platform, and Severed is one of them. I noticed the game at GDC this year, though I didn’t actually try it out until E3, where I got to meet with one of the developers and try the game out. After my brief time with the demo, I fell in love with the game instantly and couldn’t wait to get my hands on it. Now the day has come, and it’s been well worth the wait.

I’ll go right out and say it: Severed is also one of the most macabre and morbid games I’ve played recently, especially on mobile. If the thought of severed limbs bothers you or makes you squeamish, then this game may not be for you. But if you can get past all of that doom and gloom, then the game is pretty fantastic. 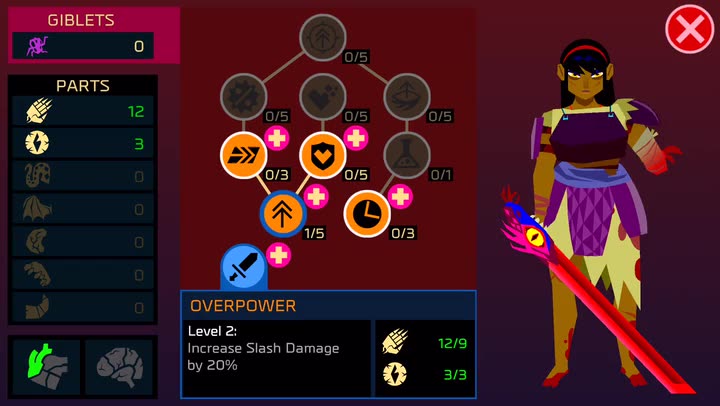 Severed tells the story of Sasha, who discovers that she has lost an arm and is in a nightmarish world all alone. As she explores her surroundings, she finds out that her family has been captured by evil monsters, and it’s up to her to find and save them. But with one arm, that’s going to be quite a feat. As you guide Sasha, you’ll find a mysterious creature who gives you a sword, which ends up being her weapon of choice, as well as her mother’s armor in another room of what appears to be your house, even though it technically isn’t. And since Sasha only has one arm, using a shield is impossible, so that sword must serve as her offense and defense (parry). She’ll face incredibly tough demons who stand in her way, but once she cuts her way through them, she can even use their severed limbs to empower herself. Like I said, this game is pretty dark.

Moving around in Severed is easy — just tap on the left and right sides of the screen to turn around accordingly, and drag two fingers around on the screen to look at your surroundings (since you see the world through Sasha’s eyes), which is useful for any possible items to pick up. To move forward, you just tap on an opening in front of you, and there is a mini-map in the top right corner that tells you where you are, where you’ve been, and what lies ahead. If you’ve played games like the Etrian Odyssey series, then this map navigation system will be familiar to you. If you find items that you can interact with (they blink), such as limbs or keys, just tap on them to view or pick them up for your stash. Once you have keys, just tap on the locked doors to open them and proceed forward.

When you find what appears to be a glowing flame in front of you, this indicates an enemy spawn. When you move into that room, a battle will commence. The game starts out pretty easy with just single targets, but as you advance, you’ll have fights with multiple enemies at once, up to four, though some special battles can have up to eight foes at once. To switch your target in a multi-foe battle, just tap on the sides of the screen to rotate, or jump to a foe quickly by tapping on their icon at the bottom.

The combat in this game is what takes the cake, for me at least. If you’ve played any of the Infinity Blade or Fruit Ninja games before, then it should be familiar to you. To attack foes, just swipe on the screen to do a slash attack with your sword. A longer slash does more damage than a short one, so keep that in mind as you unleash your fury. You can parry an incoming attack by swiping against their slash, and then use that opportunity to counterattack. As you land hits in on your enemy, you’ll build up your focus meter, which activates Severed Mode, giving you a chance to cut their limbs off after they’re defeated for your own upgrades.

However, each enemy has their own unique attack pattern, and the key is learning their move sets so you know when to attack, parry, and counter. While there are only so many enemies, having to learn all of their moves and weak points can be a daunting task in itself, so it makes up for the lack of enemy variety. This is because you’ll have to be on the offense and defense at the same time — chipping away at foes while making sure that you don’t get hit yourself, or let certain threats build up their momentum as you’re busy trying to kill another one. 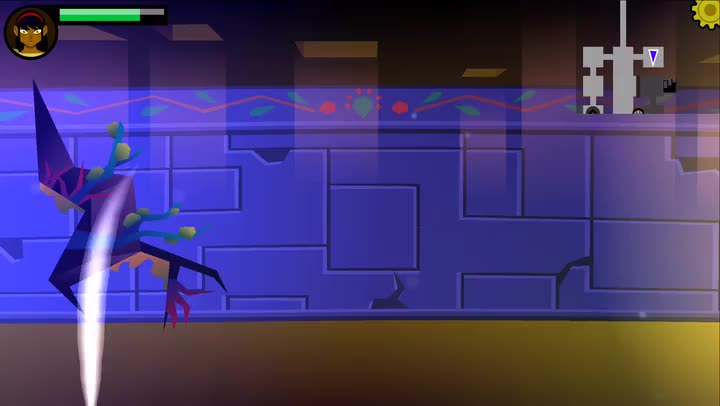 When the game starts, Sasha will only have so much health, and no mana. But as you make your way through the game, you’ll also find heart and brain pieces to refill your health and mana, as well as increase the amount when you collect a set of five. And when you cut off the limbs of your foes (each one has a different slash pattern and you only have a few seconds to do so), you can spend those parts on upgrades for Sasha. To upgrade, just tap on your health bar and it opens up a menu. From here, you can see what kind of upgrades she can get (sword for example). You can tap on each skill in the tree to see what the upgrade is and what the cost is, as each one is different and requires a number of specific limbs.

If you’re not put off by the grisly nature of the Severed’s plot and gameplay, then you’re in for a treat with the visuals and music department. Even though this is definitely one of the darker games I’ve played, the world that Drinkbox managed to create is colorful and vibrant. And while it looks 2-D on the surface, the navigation and combat gives it that immersive 3-D experience that pulls you in to the nightmare world that Sasha is in. Animations while navigating the map and during combat are smooth and fluid with no lag on my iPhone 6s Plus. And to top things off, Severed has an eerie, atmospheric soundtrack and sound effects that will send a chill up your spine. DrinkBox truly knocked it out of the park with this game.

I am still fairly early on in the game, but I am hearing that it contains about six hours of gameplay if you do a straight playthrough without mistakes. While that doesn’t seem like a lot at first, it’s important to note how Severed is more of a console-like experience than most other mobile games these days. The visuals are stunning, the music is great (grab your headphones), the combat system is rather intricate and complex so it’s challenging, and the grim story is superb. Severed is a masterpiece of a game, and I’m glad to see that it has finally arrived on iOS (released first on PlayStation Vita on April 26, 2016 and also coming to Nintendo Wii U and 3DS later this summer).

I highly recommend checking out Severed if you like dungeon crawlers, exploration games, puzzles, and RPGs. It’s a game that should not be missed. Severed is available on the App Store as a universal download for your iPhone and iPad for just $5.99 until Aug. 4. After that, the game will be $6.99. 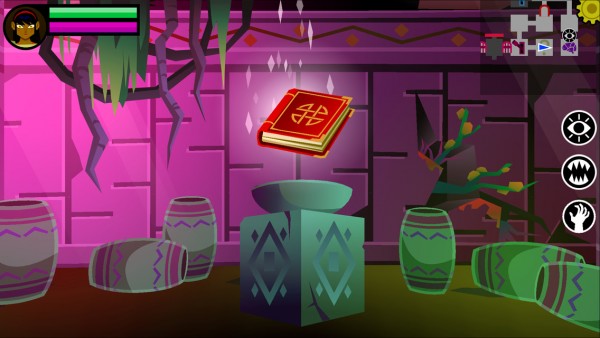 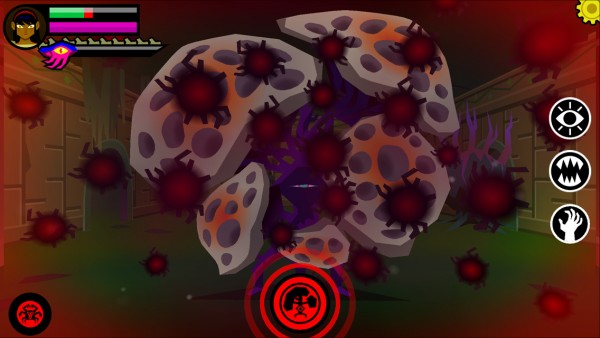 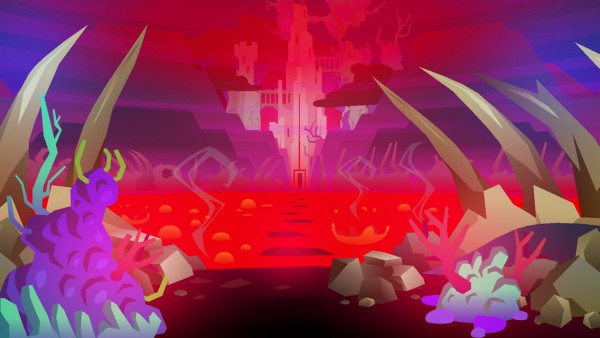 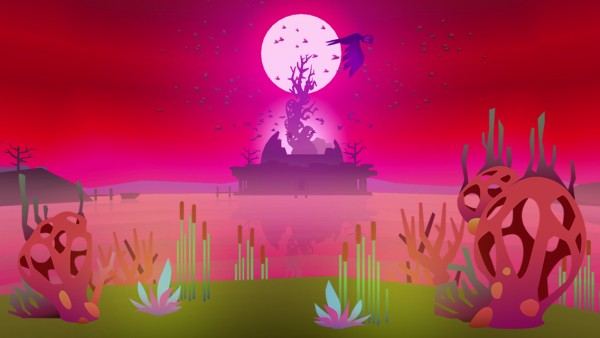 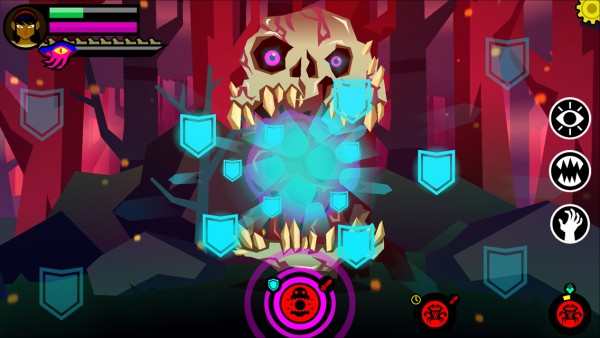