You are using an outdated browser. Please upgrade your browser to improve your experience.
Pocket Gaming
by Brent Dirks
June 15, 2016

Pokemon GO will arrive on the App Store sometime before the end of July. That news was announced today during a Nintendo livestream at the E3 gaming conference in Los Angeles.

Nintendo announced that the Pokemon GO Plus, an optional wearable device will arrive sometime before the end of next month and retail for $34.99. It will connect to an iPhone via Bluetooth and notify gamers about events in the game, like a nearby Pokemon appearance, by vibrating and flashing an LED.

You’ll also be able to catch Pokemon or perform other action by pressing the button on the device.

And Niantic Labs has also chimed in with more new information about the augmented reality game. Here’s more from a blog post:

We’ve added a new Camera feature that enables Trainers to take photographs of their wild Pokémon encounters. Now you can take a photo of Squirtle next to that scenic lake or Ivysaur hanging out by the park. The photos will be saved to your phone’s camera roll to share with whomever you’d like. We can’t wait to see the varied environments in which trainers will find wild Pokémon.

The game’s music will be composed by Junichi Masuda, who has composed other original music for the venerable game series.

Gamers will be able to step outside and catch wild Pokemon. In the game, you’ll be able to increase your trainer level and catch more powerful Pokemon to complete a Pokedex.

During the game, players will also need to join one of three teams. After that, you can assign a Pokemon to empty gym locations or where another team member has placed one of their Pokemon. There will also be a number of challenges to accomplish in the game.

When it arrives, Pokemon Go will be free with a number of in-app purchases available. 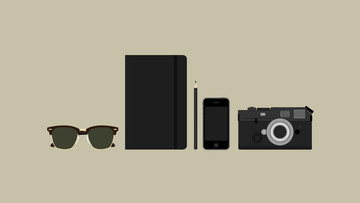 A Closer Look at watchOS 3.0 and How it Improves the Apple Watch Experience