You are using an outdated browser. Please upgrade your browser to improve your experience.
All Things Mac
by Bryan M. Wolfe
December 20, 2017

The lines between iOS and macOS could become even blurrier in 2018 thanks to Project Marzipan. The secret project is likely to be a big part of next fall’s major iOS and macOS updates, according to Bloomberg.

Under Project Marzipan, developers would be able to create a single app for all machines, including Mac, iPad, and iPhone. In doing so, there’d be less work for developers and more choices for consumers.

Developers currently must design two different apps — one for iOS, the operating system of Apple’s mobile devices, and one for macOS, the system that runs Macs. That’s a lot more work. What’s more, Apple customers have long complained that some Mac apps get short shrift. For example, while the iPhone and iPad Twitter app is regularly updated with the social network’s latest features, the Mac version hasn’t been refreshed recently and is widely considered substandard. With a single app for all machines, Mac, iPad and iPhone users will get new features and updates at the same time.

Apple has long resisted combining iOS and macOS apps. In 2012, Apple CEO Tim Cook said merging the two would be like converging “a toaster and a refrigerator, but those things are probably not going to be pleasing to the user. Around the same time, Apple software chief Craig Federighi called the blending of iOS and macOS “a compromise.”

Nonetheless, times change. Besides, this is something competitors have done for some time. For example, Google has brought its Play mobile app store to some laptops running Chrome OS. Additionally, Microsoft, before ditching Windows software for smartphones, allowed developers to create a single application that ran on different devices.

It will be interesting to see where this goes. Assuming it’s implemented, Project Marzipan will likely be announced in June at Apple’s Worldwide Developers Conference and released to the public in September as part of a next-generation version of macOS.

Should Apple blur the lines between iOS and macOS apps? Let us know below.

Should Apple blur the lines between iOS and macOS apps? 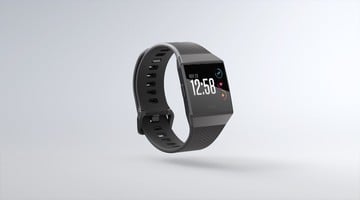