You are using an outdated browser. Please upgrade your browser to improve your experience.
Accessories
by Bryan M. Wolfe
December 20, 2017

First launched earlier this year, the Ionic is Fitbit’s answer to the Apple Watch. Should Apple fans consider this wearable device? How about smartphone users in general? It’s time to find out in our Fitbit Ionic review.

A Good Start, But ...
Ionic Smartwatch 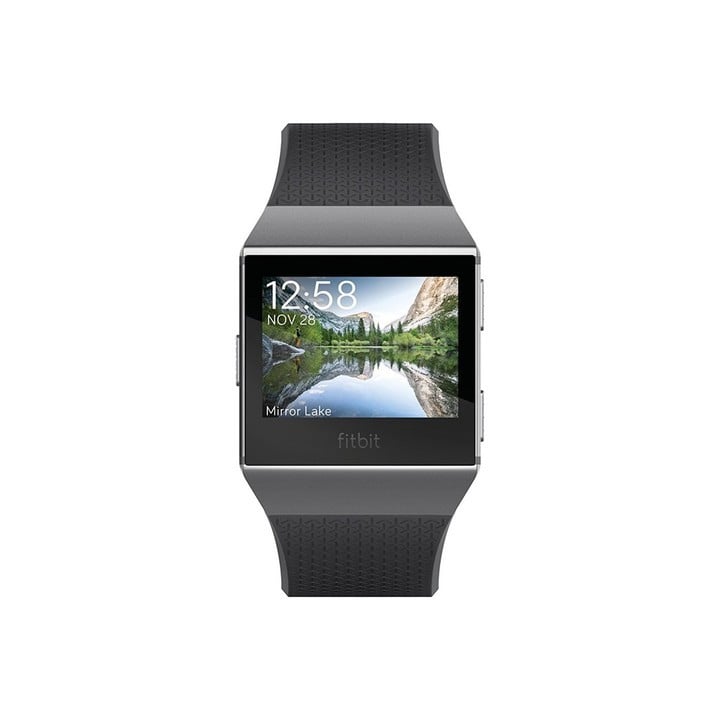 Before getting started, it’s essential for you to know that my Fitbit Ionic review has been heavily influenced by what has been happening in the wearables market as a whole. In some respects, this might seem unfair, and many would argue a technology product should be judged exclusively on its hardware and software.

The wearables market, however, has changed considerably just in the last few months. And these changes will ultimately play a huge role in determining whether Fitbit finds success with the Ionic or future smartwatches.

Because of this, I’ve broken this review into three main sections, hardware, software, and how it fits into the wearables market as a whole. 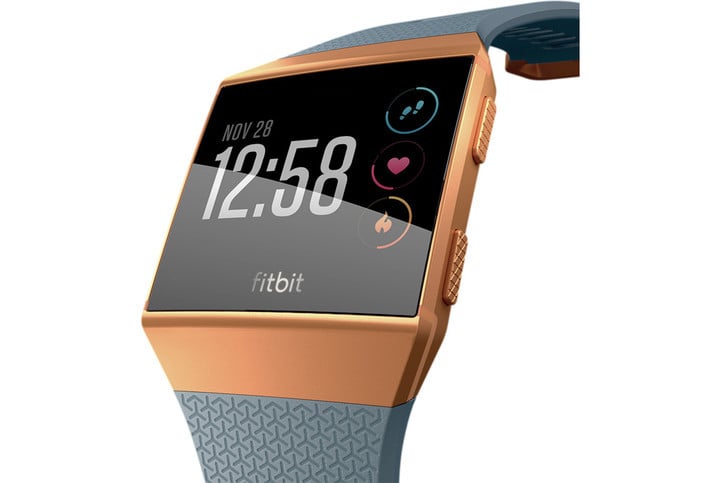 From a hardware perspective, the Fitbit Ionic looks a lot like the earlier Fitbit Blaze. Made from aluminum, the device offers interchangeable bands including those made of leather and more classic Fitbit bands that have a more sports-like appearance.

Overall, I find the Fitbit Ionic’s look too techie for my tastes. The display is boxy, and some of the color choices (Slate Blue and Burnt Orange, anyone?) are questionable, at best. Nonetheless, the watch feels comfortable to wear, and I do like the leather bands, although they are pricey.

I have always found Fitbit wearable devices among the most durable on the market, and the Ionic doesn’t disappoint. Though it loses points on style, the Ionic gains when it comes to the ability to withstand wear; the Ionic is one strong beast.

The Fitbit Ionic should also be praised for offering up to four days of battery life between charges. It’s also water resistant to 50 meters, which increasingly has become the market. 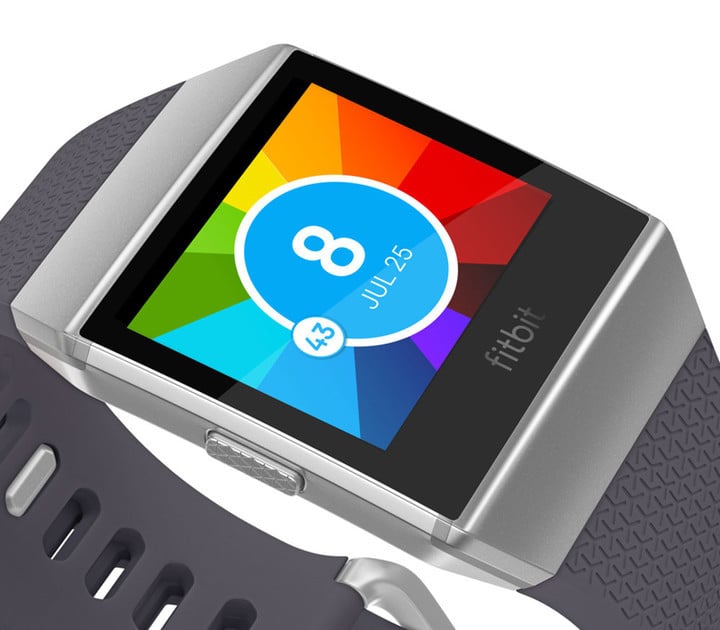 Fitbit offers one of the most feature-rich health and fitness apps on the planet. Therefore, it shouldn’t come as much of a surprise to know the interaction between the Fitbit Ionic and Fitbit app for iPhone is flawless.

Among its health-based features, the Ionic’s signature SmartTrack tool is the best. The function automatically records select exercises like running, biking, and more, and then saves the data to the app.

The device’s Sleep Stages & Insight and PurePulse HeartRate features are also excellent. I also like the device’s watch face library, which is expected to grow in time. As even Steve Jobs would have to admit, each of these features just works.

The heavily advertised Fitbit app store, which makes its debut on the Ionic, is the device’s weakest feature, at least for now. The store’s interface is clunky, and its offerings are limited, although improving. Additionally, I found the third-party apps extremely slow at times.

Cupertino has yet to perfect the App Store experience for Apple Watch, although it has steadily improved. I would expect the same from Fitbit, as long as third-party developers continue to sign up.

I have always found Fitbit wearable devices among the most durable on the market, and the Ionic doesn't disappoint. Though it loses points on style, the Ionic gains when it comes to the ability to withstand wear; the Ionic is one strong beast.

Finally, the Fitbit Ionic includes an NFC-based payment system that works similar to Apple Pay on Apple Watch. I haven’t tested this feature, although other reviewers have noted it works as expected.

As a first-generation device, the Fitbit Ionic’s hardware and software include a few hits and misses. From this perspective solely, I would have no problem suggesting the Ionic to anyone new to smartwatches, especially to those who already have some experience with Fitbit products.

However, as I noted earlier, there’s more to consider. 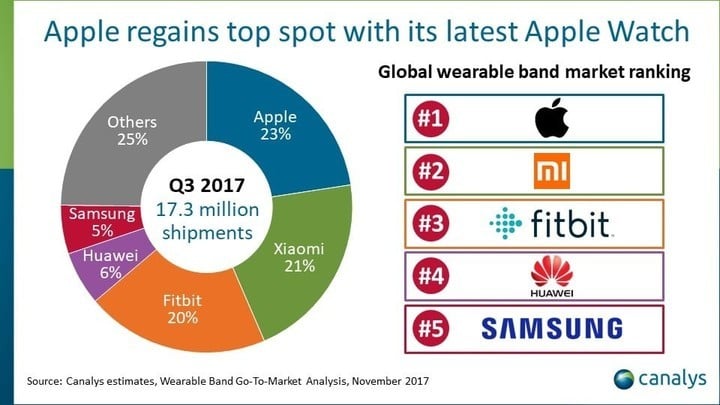 The Market is Changing

The Market is Changing

At the end of 2017, there’s a significant change occurring in the smartwatch market most have overlooked. The entry point for buying an Apple Watch has fallen considerably in recent months. Not only has Cupertino dropped the price on its current-generation Apple Watch model, but it’s also keeping the Apple Watch Series 1 around at under $200 with discounts thrown in.

By offering lower-priced Apple Watches, Cupertino no doubt hopes to grow its position in the highly fluid wearables market while also putting the squeeze on its competitors.

This brings us to Fitbit, which not too long ago was the market leader in the overall wearables market. Because of the rise of smartwatches (as opposed to fitness trackers), the California-based company has now fallen behind China’s Xiami and Apple.

To improve its standing, Fitbit has long been rumored to be working on a smartwatch to compete with the Apple Watch. After reported delays, the Fitbit Ionic was finally released in late September 2017.

The Fitbit Ionic is a nice first-generation device from a company long known for its wearable devices. Unfortunately, in many respects, it arrived too late to the party. 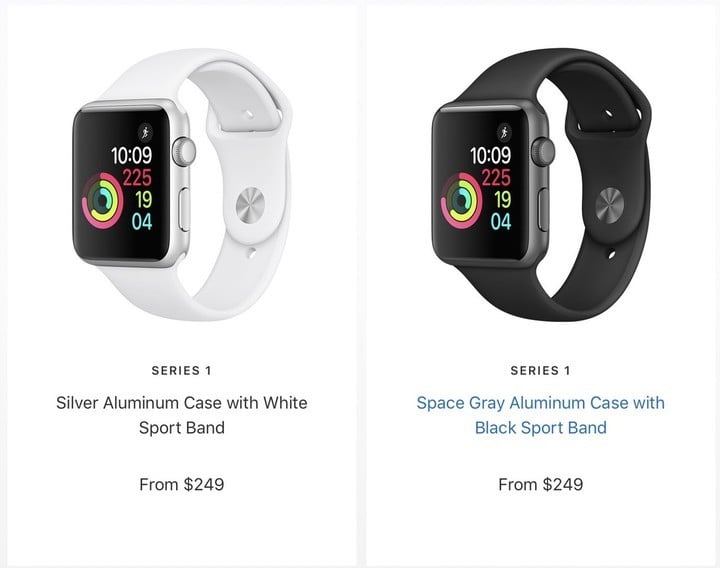 Apple Watch Series 1: How Low Will the Price Go?

Price is an important factor when deciding on buying a smartwatch. Until recently, the best-selling Apple Watch wasn’t being offered on the lower end of the market. Since around the time the Fitbit Ionic launched, that has changed.

With some Apple Watches now available for less than the $300 Fitbit Ionic, there’s little reason not to select the former over the latter — especially if you’re an iPhone user. After all, Apple Watch, not Fitbit, supports Apple Health.

Because Apple Watch doesn’t work with Android-based devices, the Fitbit Ionic remains a good choice for these users. Nonetheless, and again back to the pricing, Fitbit can’t rely solely on Android users to keep the Ionic afloat. Here, the company must deal with Google Health and Android Wear.

For the Ionic to better compete, Fitbit needs to drop the price of the device to below $200. That’s the sweet spot where Fitbit could find success. As it stands, the Ionic is just too expensive given the price points for the Apple Watch and other smartwatches. 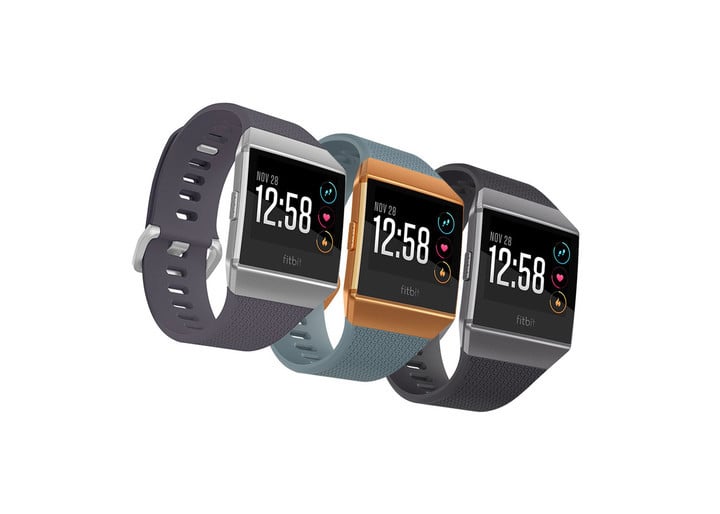 The smartwatch market continues to change, and there’s no way of knowing where things will be six or even 12 months out. The Fitbit Ionic comes from one of the most iconic names in wearable devices. Unfortunately, its arrival might have come too late to make a mark.

At $300, the Fitbit Ionic is overpriced and probably shouldn’t be considered by iPhone users over a lower-priced Apple Watch Series 1. At this price point, it’s also not an ideal choice for Android-based device users.

Were Fitbit to slice even $100 off the Ionic’s price tag, all bets are off. At that price, the Fitbit Ionic could find a place in the marketplace and become a formable challenger to Apple and other smartwatch providers.

You can purchase a Fitbit Ionic through the Fitbit website, at Amazon.com, and at other retailers. 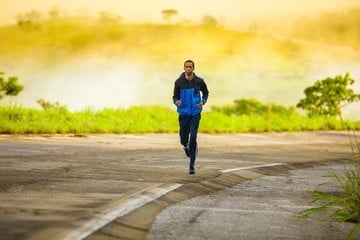 2018 Apple Watch Activity Challenge Will Help You Get Into Shape

Apple's Project Marzipan Could Bring iOS Apps to Mac in 2018