You are using an outdated browser. Please upgrade your browser to improve your experience.
by Brent Dirks
November 13, 2018

Nothing says endless potential better than a game set in space. While fantasy and real-world games have limitations in the form of gravity and physical borders, space games take place in an infinite three-dimensional void.

There have been some truly spectacular space games, from Elite Dangerous to the ever fascinating EVE Online, but so far we haven’t seen a really good space MMO on mobile.

All that’s about to change with Rogue Universe, a sprawling strategy MMO that came about thanks to funding from Epic Games. In case you didn’t know, Epic Games is the blockbuster studio behind Fortnite, and it was sufficiently impressed by Rogue Universe to award the game’s developer – MUSTGAMES – the coveted Unreal Dev Grant.

Rogue Universe sees you completing missions, gathering resources, building ships, and much more in a bid to ultimately take over the universe.

You can go about this however you like. There are guilds to join and cooperative tasks to undertake, giving you a chance to bond with your fellow guildmates. But equally, there are rivals to mercilessly pillage and evict from their home planets.

Rogue Universe is packed with stuff to do. Though your goal is straightforward (total dominion over the entire universe) your path to reach it is varied and requires a large amount of involvement.

For instance, not only do you have to build your ship and recruit your crew, but you need to maintain it as well, adding reinforcements and stabilizers, and even deconstructing ships entirely for parts when the need arises.

And while you’ll get to indulge in plenty of shooty action first hand, you’ll also need to occupy the commander’s chair and send your crew to complete missions on your behalf. As the commander, you can devise battle plans before taking your fleet into battle.

Looming over the entire universe are the main in-game alliances, namely Black Flag, Zurich Bank, and the U.N.S. Like the factions in EVE Online, these determine which bits of space you can fly through safely and which ones are full of enemies, depending on who you side with.

Check Rogue Universe out for yourself, now available only in Canada on both the App Store and Google Play. 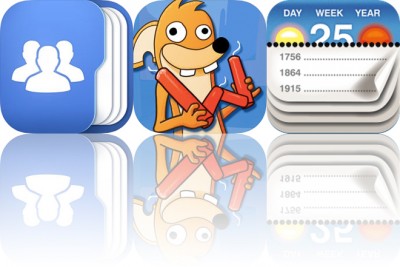 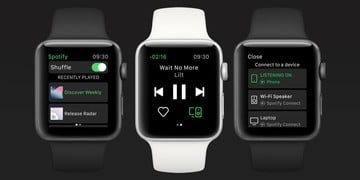 Spotify Lands on Apple Watch With a Sparse Feature Set