You are using an outdated browser. Please upgrade your browser to improve your experience.
by Brent Dirks
September 12, 2019

Showcased during Apple’s special media event earlier this week, Sayonara Wild Hearts looks to be one of the standout games on Apple Arcade when it launches next week.

From Simongo and Annapurna Interactive, it’s being billed as a “pop album video game.”

The highlight of each stage is its own custom-written song. The game tells the story of a young woman whose heart has broken and has disturbed the balance of the universe.

Player will control her other self, The Fool, who is a masked biker on a trippy inter-dimensional quest to find the harmony of the universe.

Along with some fast motorcycle riding, the game will feature skateboarding, dance battling, shooting lasers, wielding swords and more.

Apple Arcade will officially launch on Thursday, Sept. 19 along with iOS 13 for the iPhone.

The service will cost $4.99 per month. There will be a one-month free trial available. 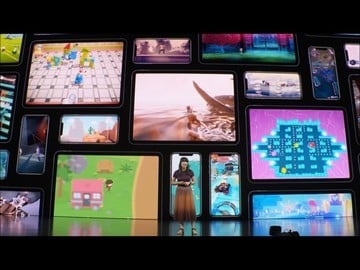 Is Apple Arcade The Best Announcement And A No-Brainer?

Help Get Your Financial House in Order With Debt Free

Is Apple Arcade The Best Announcement And A No-Brainer?