You are using an outdated browser. Please upgrade your browser to improve your experience.
by AppAdvice Staff
August 17, 2022

To celebrate this unconventional milestone, developer Netmarble has launched a huge global update consisting of new characters, a new dungeon, new PvP content, and a host of events.

Let’s start with the characters. First up, there’s Teo, one of the original Four Lords. Teo’s full title is Vanquisher of Evil Teo, and he’s a universal class, Legendary+ grade hero, making him pretty much as badass as it gets. You can acquire Teo at the Summon Shop. 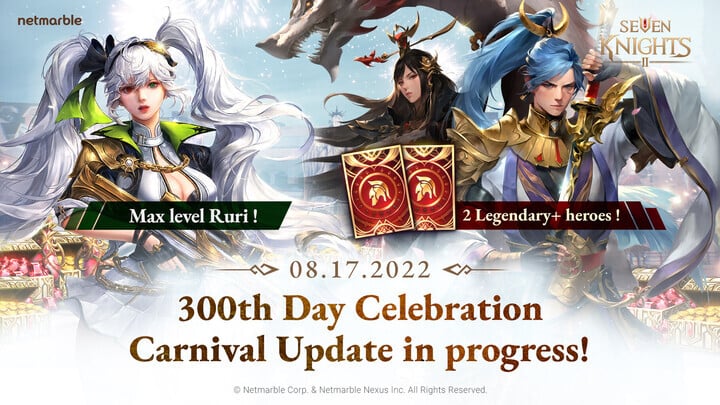 Finally, there’s Sharpshooter Ruri, a Ranged Legendary who works best in PvE content. You can acquire Ruri, then fully transcend her to the max level, during the 300 Days Carnival Event.

There’s a ton of new content, too, including a Season 2 Chapter 3 scenario called Advent. It sees the evil Orochi, newly imbued with the blood of dragon, about to descend on the Mist Isle.

Netmarble has also added some new PvP content. Tag Matches are similar to normal PvP matches except they’re subject to multiple teams of heroes instead of one. . Particular heroes and pets will be either included or excluded for an entire season, forcing you to strategize from these limitations.

And there’s a new 8-player Raid Dungeon Called Infernal Lands, where you can obtain Sun Stone for summoning certain items of Legendary+ equipment.

The 300 Days Carnival Event is set to run from August 17 until November 9. That means you’ve got plenty of time to claim all the goodies on offer, including Sharpshooter Ruri and a pair of Legendary+ Hero selection tickets.

Meanwhile a check-in event between August 17 and September 7 will let you claim a Rare+ Noho Pet.

The Summer Tube Craft Event will run alongside it, from August 17 until August 31, giving you the chance to win Summer Tube Irin Coin and Richel Coin by playing Field Exploration.

To get ready for the celebrations, head to the App Store or Google Play and download Seven Kingdoms 2 for free right now.

Get Ready For Retirement 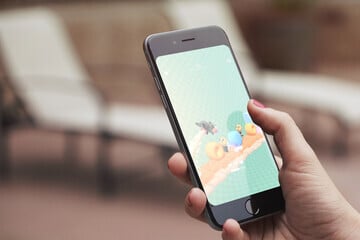 Enjoy a World of Milky Destruction in That’s a Cow