You are using an outdated browser. Please upgrade your browser to improve your experience.
Apple's Software
by Joe Wright
June 13, 2016

Siri has already given away her own anticipated support for OS X (or “macOS”), and now she's back with another spoiler. It looks like the software is showing an awareness of a dark mode feature for iOS, which therefore seems likely to launch as part of Apple's iOS 10 release.

Could This Be Proof That Siri for Mac Is About to Launch? 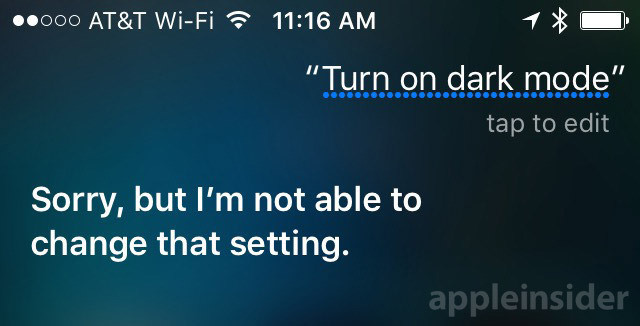 AppleInsider has the scoop, and notes that when asked about enabling or disabling dark mode, Siri will tell users that it's “not able to change that setting.” This indicates that Siri recognises dark mode as a valid option available to configure, but doesn't have access to enable or disable it directly. In iOS 9, of course, dark mode is not an available setting, and this indicates that we could hear more about it during Apple’s WWDC keynote later today.

Dark mode is something we've predicted before for iOS 10, and this most recent news indeed suggests that the feature is incoming. As AppleInsider explains, Siri usually responds with a generic “I don't understand” message when asked about an unfamiliar feature, but offers a more direct response when asked to do something it can't. As such, the answer Siri is currently giving is promising.

Apple added Night Shift to its mobile OS in iOS 9.3, and in doing so, it showed an awareness of users' preferences when browsing their iOS device after dark. It would therefore seem a sensible move for Apple to add support for dark mode: something a number of iOS applications have enabled, but something which isn't available systemwide in iOS.

Apple's WWDC keynote is scheduled for 10 a.m. Pacific, and we'll be covering the event live. Be sure to check back with us for all of today's news as it breaks. 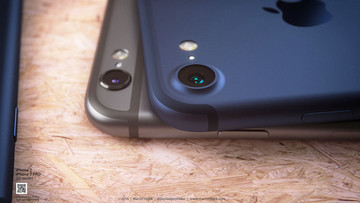 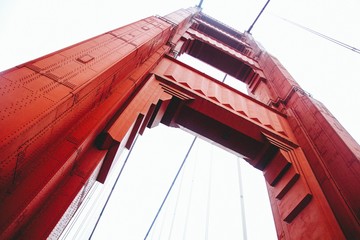 The AppAdvice Tech Week in Review: Prepping for WWDC 2016