Siri is ready for WWDC: just ask her. As with previous events, Apple engineers seem to have primed Siri for some inquisition from users concerning Monday’s keynote. And as you might expect, Siri isn’t planning on giving anything away. 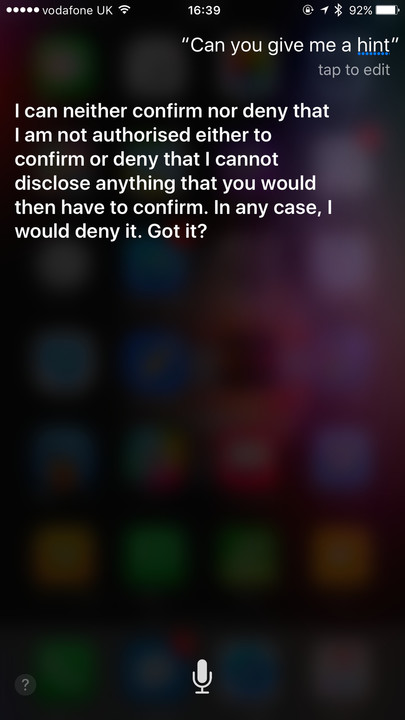 MacRumors points us to the responses, some of which don’t seem to be showing here in Britain, no matter how hard I try. Much like its “give us a hint” responses, Siri is on board with some answers to any questions users might have about WWDC and, more specifically, Monday’s keynote. You can try it for yourself by asking: “what should I expect at WWDC?”

There are, as the same article adds, even some “Game of Thrones” references thrown in for fans of the popular show. Here’s one, for instance:

Neither mutiny, disassembly, nor zero battery will induce me to dishonor the oath I have sworn to secrecy. Sorry, I’ve been watching a lot of Game of Thrones lately.

Other times, Siri less specifically promises “some cool stuff, and then some more cool stuff, and then some more really cool stuf.” We’re hoping this includes a forked version of iOS 10 for the iPad Pro, an enhanced third-iteration release of watchOS, and an app environment for the Apple TV that makes a little more sense. There’s also a good chance Siri might come to the Mac with a release of “macOS,” the next-generation operating system for Apple’s line of desktop computers.

The keynote is scheduled for Monday, and we’ll have everything covered here at AppAdvice. There’s indeed a lot to look forward to – just ask Siri. 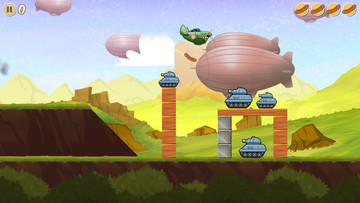 Only One Thing Can Save the Nation, the Sausage Bomber 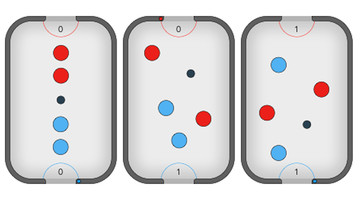 Hey Bucko, Ready for a Game of Pucko?