You are using an outdated browser. Please upgrade your browser to improve your experience.
by AppAdvice Staff
October 26, 2020

And it’s partly brought to you from the team at Webzen, who developed mobile titles including MU Origin and Shot Online Golf.

The webtoon boasts more than 51m views in China (where it’s published on Tencent Dongman) and Korea (where you can read it on KakaoPage).

Set in a fantasy kingdom loosely based on Webzen’s MU universe it tells the story of Niro, a half-elf, half-human boy adopted by slaves.

Niro’s situation is pretty bleak. Not only has he been born into a world whose peace was shattered by the Shadow Lord Sekneum, but his adoptive parents end up dying of mistreatment, leaving poor Niro to fend for himself and his two younger siblings.

Fortunately, Niro has a role model in Emperor Muren, who was also once a slave, but rose up through the ranks after graduating from Excanum Academy.

Niro enrols, only to crash into another insurmountable obstacle. It turns out that being the orphaned, adopted child of slaves is not a recipe for popularity in the cutthroat Excanum social scene.

Like many Asian manga series, Slave B is about the most brutal environment of all: high school.

Slave B spans a huge number of chapters, full of twists and turns. Like any good teen drama, it contains heartbreaking episodes of adolescent humiliation and fist-pumping moments of underdog triumph.

The first 20 episodes of Slave B will go live on Delitoon this Sunday, the 25th of October, with the first four of those being complimentary. After that, new episodes will be published every Sunday.

You can find Webzen’s site here to learn more about its mobile projects – and Delitoon to check out more about its exciting new offshoot project Slave B. 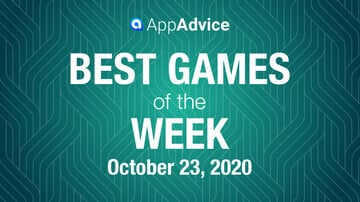 Best Games of the Week October 23