You are using an outdated browser. Please upgrade your browser to improve your experience.
iCarriers
by Joe Wright
August 18, 2016

Not to be outdone by its rivals, U.S. carrier Sprint has now unveiled a new cellular plan which also offers customers unlimited data.

Sprint's new unlimited plan, called Unlimited Freedom, offers customers unlimited talk, text, and “optimized streaming video” for $60 per month for a single line. Sprint charges an additional $40 for a second line, and subsequently $30 apiece for up to 10 lines altogether. The move means you can run two handsets with unlimited data for $100 per month, which is a great price. But, as always, there are shortcomings.

The news comes after T-Mobile announced a similar plan as part of its #uncarrier offerings, and AT&T said goodbye to data overages. One of the biggest problems with T-Mobile's new plan, we explained, is that it limits customers' video streaming to standard definition (SD), and charges an additional $25 to unlock HD streaming. Sprint's plan does the same, but isn't offering the option of paying extra for higher quality streaming, it seems. Plus, as The Verge observes, Sprint is also limiting music streaming to 500kpbs and gaming to a miserable 2Mbps.

There are also limitations around tethering. Sprint doesn't seem to offer tethering at all, while T-Mobile limits tethering to 2G speeds. That might be helpful in a pinch, but it's generally unusable. To get LTE tethering, T-Mobile customers will have to pay $15 extra per month for every 5GB of data.

Sprint's Unlimited Freedom plan is launching tomorrow, and as mentioned, prices start at $60 for a single line. Compared with T-Mobile's fairly similar offering, Sprint's price is more attractive; but as you can see, there are definite shortcomings when it comes to choosing the cheaper option here. In fact, it's leaving me wondering whether unlimited data is something I'm so desperate for.

After all, we've kind of learned to live without it. 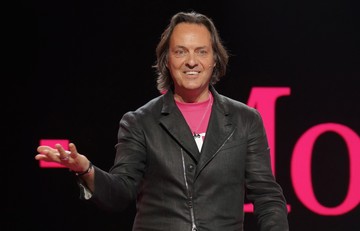