You are using an outdated browser. Please upgrade your browser to improve your experience.
iCarriers
by Joe Wright
June 7, 2016

T-Mobile has done it again. As part of its Un-carrier 11 move, the network is launching #GetThanked: an initiative that sees customers gain a number of benefits, including the chance to own actual T-Mobile stock.

This initiative, described in a recent T-Mobile press release as “another unprecedented first,” is called Stock Up, and indeed gives customers the chance of gaining T-Mobile U.S. (TMUS) common stock through simply recommending customers. T-Mobile users can grow their stock by up to 100 shares per year in this way, too.

There’s also T-Mobile Tuesdays, a new application that “thanks T-Mobile customers with free stuff and epic prizes, every Tuesday.” In order to offer gifts to customers, the network has partnered with brands including Domino’s, VUDU, Lyft, and many, many more. And lastly, T-Mobile customers can now also enjoy a free full hour of Gogo Wi-Fi on their smartphone on any Gogo-equipped domestic flight.

The charismatic John Legere, CEO and president of T-Mobile, said:

Get ready for a gratitude adjustment, America! This Un-carrier move is all about giving you a good thanking! No strings. No gotchas. Just ‘thank you for being a customer!’

At T-Mobile, we already wake up every day working for our customers—so I’ve decided to make it official and turn T-Mobile customers into T-Mobile owners by offering them stock. And we’re thanking customers every week with cool stuff from brands people love. For free. Every Tuesday!

Most corporations say “thank you” with rewards and loyalty schemes that are not much more than thinly veiled attempts to manipulate customers into forking over more of their hard-earned cash. 7 in 10 (72%) people see through it and agree loyalty programs exist to squeeze more money out of them. That’s why 90% of comments about loyalty programs in social media are negative and why customers don’t bother to use well over half (58%) of the programs they’re on.

T-Mobile is turning all that on its head by saying “thank you” to customers and asking nothing in return. With Stock Up and T-Mobile Tuesdays, you don’t have to spend more, stay longer, collect points, or qualify for special, elite tiers to be thanked for being a customer. Un-carrier 11 is about T-Mobile showing its loyalty to customers—not the other way around.

It’s an interesting move indeed, and one that could bring a significant number of customers to the network – not the least through the Stock Up initiative (which depends on customer recommendations). It seems, based on the press release, that each recommendation gives customers one full share. And as mentioned, customers can accrue up to 100 of these per year (working out at $4,200 based on current prices).

As a special thank you to its most loyal customers, T-Mobile’s giving those who’ve been with the Un-carrier for five or more years TWO full shares of T-Mobile stock for each recommendation until 2017.

T-Mobile asserts that no hidden fees will prevent users from claiming, holding, or selling their shares. 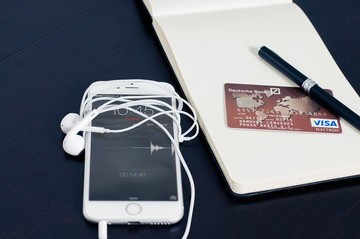 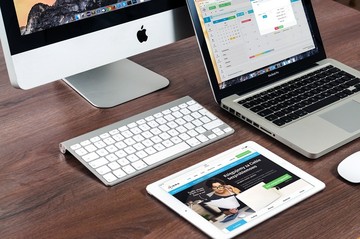 Ken Segall Thinks Apple's i-Branding Is About to Be Retired