You are using an outdated browser. Please upgrade your browser to improve your experience.
Apple's Ups & Downs
by Joe Wright
May 29, 2016

According to an interview with one British Apple Store worker, there are big problems with some of Cupertino's brick-and-mortar stores in the United Kingdom. The overall climate for Apple Store workers, in Britain, at least, isn't great for a number of reasons.

The interview with the Apple Store worker, who wished to remain anonymous, was published in an article from Business Insider (via AppleInsider). The anonymity of the British Apple Store worker is important since, as the article explains, Apple could pursue legal action; employees are asked to sign a confidentiality agreement when they start up at Cupertino's retail stores.

So what's the problem? Well, according to the anonymous worker, employees are paid £8 (around $11-12) per hour, and aren't given sales bonuses. Though there are incentives which have aimed to get retail staff to purchase Apple's products (like the Apple Watch), this wage, as AppleInsider notes, means staff likely couldn't afford the products they're selling without going into debt. Even Genius Bar workers, who earn more than regular floor staff, aren’t happy; this position means dealing with a lot of upset customers, and some of these often make death threats against Apple Geniuses at the employee's Apple Store.

There's also a problem with internal promotion. Apparently, Apple more likely hired outside managers to come into its retail store, rather than promoting staff internally. Out of the five to eight new managers which started at the employee's store, “only one of them had started at Apple.” The rest came from elsewhere, “from, say, Dixons or HMV.”

Staff at Apple Stores are also expected to develop “personalized” relationships with each customer they deal with, and the employee noted that this requirement actually inhibits the process of customers receiving assistance. The employee added that if you fail to adhere to Apple's retail expectations, you'll be subjected to “Fearless Feedback,” in which staff give employees specific positive or negative feedback once a day.

All of this sounds like a nightmare to me, and echoes many of the problems I've encountered in Apple Stores here in Britain. In particular, it's definitely difficult to get any kind of help from staff most of the time, since employees are indeed making those “personalized” connections with other customers and turning a single sale into something that takes the best part of an hour. Long ago, I stopped using Apple Stores and opted for online only dealings with the company. I think Angela Ahrendts has got a long way to go before the experience of shopping with Apple approaches anything close to pleasant, at least in Britain. 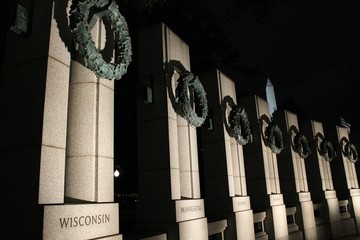