You are using an outdated browser. Please upgrade your browser to improve your experience.
Apple In Court
by Joe Wright
June 21, 2016

According to a recent report, the U.S. Supreme Court has upheld a 2011 law that makes it easier for companies like Apple to challenge patent trolls. The news should mean Apple won't have to settle with patent trolls out of financial necessity, amid the spiralling legal bills faced when such companies are challenged in the courtroom.

The news comes from The Wall Street Journal (via 9to5mac), which explains that the law itself had been challenged by Cuozzo Speed Technologies. This company was striving to patent a technology that has already been available for a long, long time: “an invention for alerting drivers when they are speeding.”

The U.S. Supreme Court, however, upheld the 2011 law, with The Wall Street Journal explaining:

The 2011 law created quicker and cheaper procedures for contesting patents in front of the Patent Office instead of in front of a federal judge.

It is a boost for technology companies like Google and Apple that have taken advantage of new procedures at the U.S. Patent and Trademark Office to challenge the validity of patents they believed made weak claims to new innovations.

Apple has indeed suffered at the hands of patent trolls in the past. The company, however, has most often settled with such companies, since doing so is cheaper then paying out for a full-blown legal battle (and, after all, Apple can afford it). However, the 2011 law means more than 80 percent of these cases are being dismissed from court, 9to5mac highlights.

One of the most recent trolls targeting Apple is asking for $190 million. It'll be interesting to see how this one plays out now the 2011 law has been upheld. 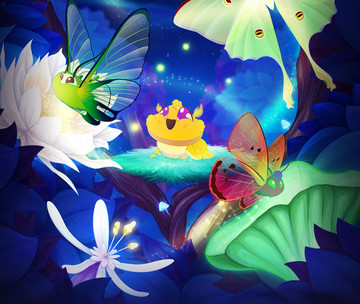 Create and Cherish a Charming World in Flutter: Starlight