You are using an outdated browser. Please upgrade your browser to improve your experience.
Apple Water Cooler
by Brent Dirks
January 30, 2018

Authorities in the United States are investigating Apple over the power management features that slowed some older iPhones. That report comes from Bloomberg.

Any investigation is in the early stages:

The U.S. Department of Justice and the Securities and Exchange Commission are investigating whether Apple Inc. violated securities laws concerning its disclosures about a software update that slowed older iPhone models, according to people familiar with the matter.

The government has requested information from the company, according to the people, who asked not to be named because the probe is private. The inquiry is in early stages, they cautioned, and it’s too soon to conclude any enforcement will follow.

Spokesmen for Apple and the government didn’t immediately respond to a request for comment.

As part of an apology in December, Apple reduced the price of an iPhone battery replacement from $79 to $29 for all of 2018 worldwide.

The price drop was due to Apple’s power management function on older iPhones that sacrifice some speed to prolong the life of batteries and stop unexpected shutdowns. Receiving a new battery should take care of those issues.

Available on any iPhone 6 or later no matter the battery condition.

In the most recent version of iOS software currently in beta testing, iOS 11.3, Apple will allowing users control over the feature. Anyone with an iPhone 6, iPhone 6 Plus, iPhone SE, iPhone 6s, iPhone 6s Plus, iPhone 7 and iPhone 7 Plus will be allowed to disable the power management option designed to prevent unexpected shutdowns as a battery ages. 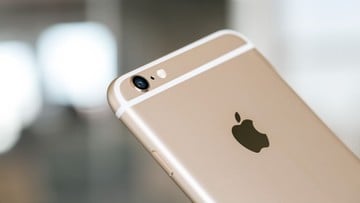 How to Receive a $29 iPhone Battery Replacement