You are using an outdated browser. Please upgrade your browser to improve your experience.
by Christine Chan
October 10, 2017

Waggle Words ($4.99) by Vermont Digital is a beautiful word game that's unlike other games in the genre. If you enjoyed games like Under a Spell and Spelltower, then you're going to love Waggle Words.

Since I pretty much write full time for a living, I consider myself a wordsmith. That's why word games are one of my favorite genres out there, and a great way for me to unwind and relax after a long, stressful day. While I love word games, I do feel that the market's oversaturated with the same Scrabble or Boggle type of games for a while, and there's nothing new or interesting. That's where Waggle Words comes in. 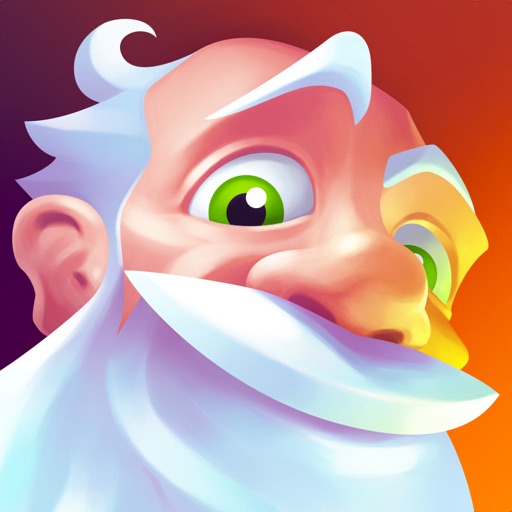 Under a Spell
Happymagenta UAB
$2.99 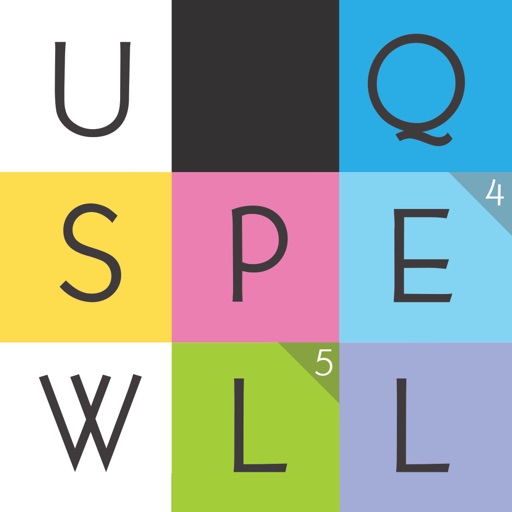 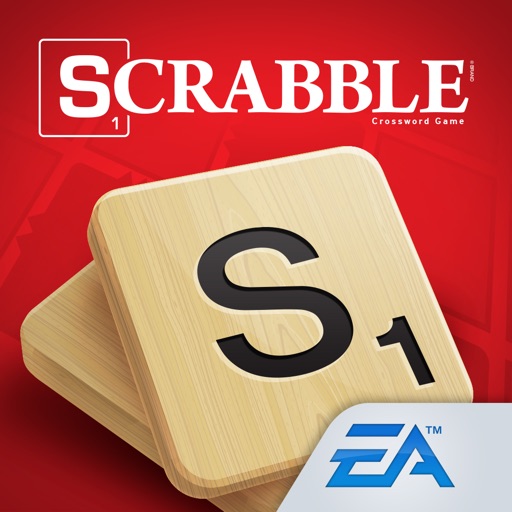 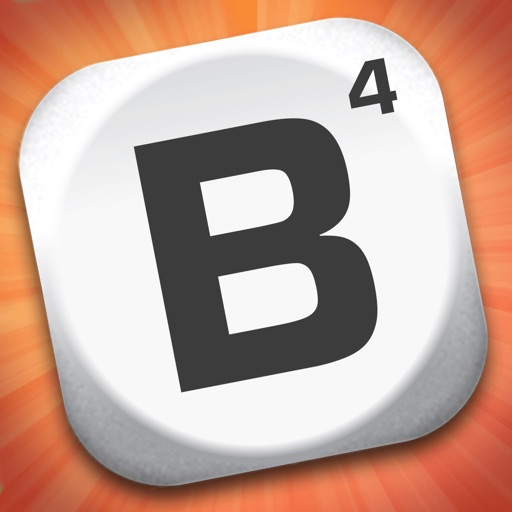 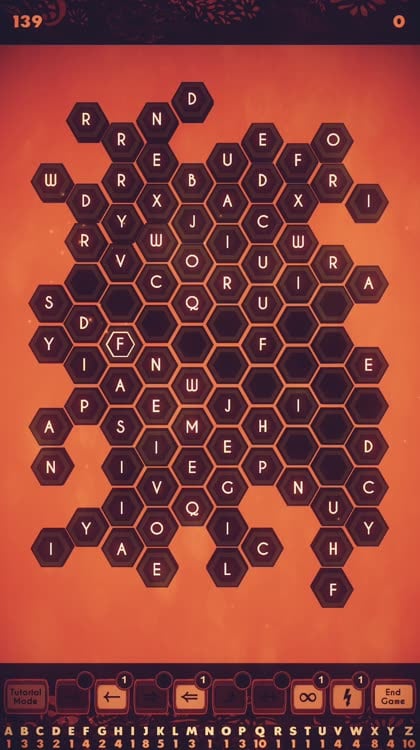 Visually, Waggle Words is one of the most gorgeous word games out there. The game is rendered in 2D, but during transition animations, the letters literally pop off of their tiles and fly around on the screen, giving it a pseudo-3D effect that is fun to watch. Waggle Words makes use of a sepia color theme overall, so it has a classy aesthetic going on. The playing grids are always arranged like beehive honeycombs, giving it a unique feel. Letter tiles are dark hexagons with glowing letters, and the colors get inverted when players select tiles. There's a glowing outline on the "Waggle Piece" to differentiate it from the rest, and the light and particle effects are mesmerizing to watch.

The soundtrack in Waggle Words is full of soothing, ambient nature noises, so it's calming and helps you focus on spelling words. The sound effects are fun to listen to as you create successful words, and the "buzz" you hear when using specific power-ups only adds to the uniqueness of Waggle Words and it's beehive design.

There's three game modes in Waggle Words: Casual, Daily, and Speed Game. In Casual, you get a random beehive grid layout (85 different versions with unlimited letter combinations) each time you play, and you can go at your own pace. Daily is a unique game board for the day that you can play multiple times to try and clear it and get your highest score. Speed is a timed game, where your goal is to make as many words as you can in one minute and 30 seconds. For Casual and Daily, the main goal is to clear the board, but you can also quit at any time and go with your current score.

Controls in Waggle Words are a simple affair. To spell words out, just drag your finger across the tiles that you want to use. If it's a valid word, the game tells you at the top of the screen how much it's worth in real-time. Words that aren't valid won't go through. When you have a valid word selected, just lift your finger from the screen and it's submitted automatically.

As you spell words, there's a chance to earn power-ups that can be used to help you clear the board. It seems the power-ups are random, and you get them when you make high scoring words. There are eight total power-ups available, and they all have a specific purpose.

The power-ups include advancing a letter tile one or two letters in the alphabet either forward or backward, respectively. Others let you move or swap pieces, including the Waggle Piece. There's also the copy boost, but if used on the Waggle Piece, it only copies the letter value, not the Waggle Piece itself. The Waggle Piece cannot change letters through boosts.

The most valuable power-up is the Swarm. This one gets the entire board buzzing and all of the remaining tiles "swarm" together like bees and regroup in a new cluster. This is more like a reshuffle of the board, and it closes all of the gaps that you left by clearing out tiles. I recommend only using the Swarm if you're absolutely certain that there are no other words you can make.

A cool thing about Waggle Words is that there's an AR Mode available for those who are on iOS 11 and have a device with the A9 (or higher) chip. This means that whatever your camera sees becomes the background, and the beehive board is laid out on top of it. It's a cool feature, but in my testing, I didn't find it to be too practical.

The AR Mode can be applied to any of the three game settings. Controls consist of the standard touch, or a different scheme called Target. With Target, you move your device around and line up the tiles you want in the center point, then tap-and-hold a button on either side of the screen to select your letters. When you long-press on both buttons at the same time, you re-center the grid alignment.

Waggle Words also comes with support for Game Center leaderboards, so you can be competitive with other players globally. There's also iCloud game save support, so your stats go with you, no matter which device you're using.

This is one of the most beautiful word games you'll find on the App Store. 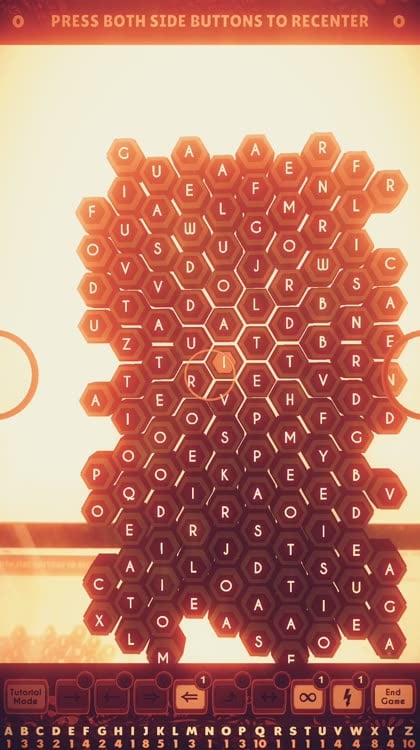 There's a lot of good to be found in Waggle Words. The greatest thing about it is the distinctive visuals that make it stand out from the competition, and the atmospheric sound design. This is really one of the most stunning word games you'll find on the App Store. I also like the different game modes that are available, and the AR feature is cool for showing off your device capabilities. Controls are intuitive and straightforward enough for anyone to pick-up-and-play. 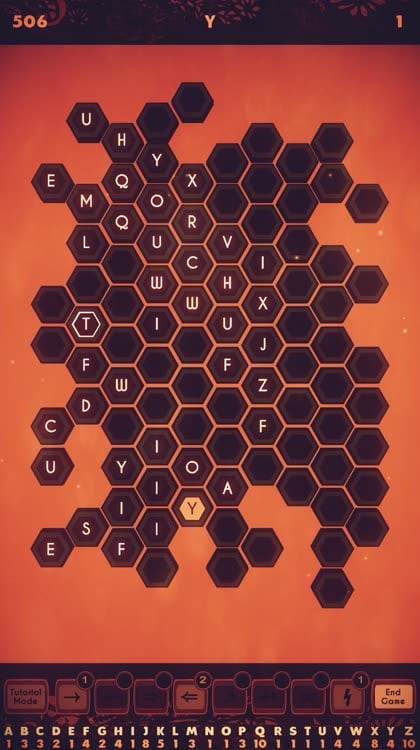 While I love Waggle Words so far, it isn't without some flaws. I did find that sometimes it's hard to draw a path connecting letter tiles because it felt sensitive to touch and my finger blocks visibility, so the line would veer off to another tile. It's not a big deal in Casual or Daily, but can be a slight issue with Speed mode. I would recommend trying to be precise in that mode if you don't want to make mistakes.

Waggle Words is a nice hidden gem among the App Store in recent weeks. I'm always up for a good word game, and this one is definitely a new favorite. I love the exquisite graphics and amazing sound design. Casual is the mode that I'm enjoying the most, but Daily gives me something to look forward to each day, and Speed is a real test. The power-ups provide variety and can change the tide of the game, helping you get closer to clearing out board. Replay value is high with this one, and I'll be coming back to Waggle Words for a long time.

I highly recommend Waggle Words if you're in the mood for a word game that is unlike anything you've tried before. Waggle Words is available on the App Store as a universal download for your iPhone and iPad for $4.99. There are no in-app purchases. 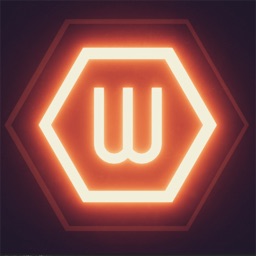