You are using an outdated browser. Please upgrade your browser to improve your experience.
Pocket Gaming
by Joe White
April 8, 2016

According to sources familiar with the matter, it shouldn't be too long until a mobile game of “Fear the Walking Dead,” the spin-off series from the popular TV show, hits the App Store and is available on iOS. In fact, we're only a couple of days away from the game's official unveiling.

Given the popularity of “The Walking Dead” mobile games on the App Store, this is a smart move. The news comes from TouchArcade, which explains in a recent article that a mobile game based on the prequel series is indeed inbound; though there's been no official announcement from AMC, “sources” have confirmed the development of a “Fear the Walking Dead” title, and have even noted that an official announcement is coming soon.

More specifically, TouchArcade explains that the game will be shown off during “The Talking Dead” post-show, this coming Sunday (after the season premiere of “Fear the Walking Dead”). In its article, TouchArcade adds that AMC is partnering up with publisher Versus Evil (the same folks behind The Banner Saga) in order to develop and distribute the title.

Versus Evil confirmed the game's existence, but had no details beyond that it will be a mobile game, and that it will be premiering during The Talking Dead post-show at 10pm EDT on Sunday after the season premiere of Fear the Walking Dead at 9pm EDT. So, keep an eye out around then for some more details on this game and just what it will be.

The show, “Fear the Walking Dead,” indeed serves as a prequel to the series we already know and love; it's set before the events of “The Walking Dead,” and is centered around one Los Angeles-based family coping with the zombie apocalypse.

On the App Store, the success of “The Walking Dead” has come in the form a series of apps developed by Telltale Games (which are based on the comic book series, rather than the show), and The Walking Dead: No Man's Land, which takes its influence from the TV series.

Tune in to “The Talking Dead” this Sunday for details of AMC's forthcoming mobile game. We'll keep you posted with further information as we receive it. 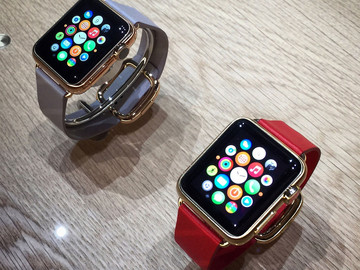 Could a thinner Apple Watch 2 be coming in June at WWDC?