You are using an outdated browser. Please upgrade your browser to improve your experience.
by Christine Chan
May 15, 2017 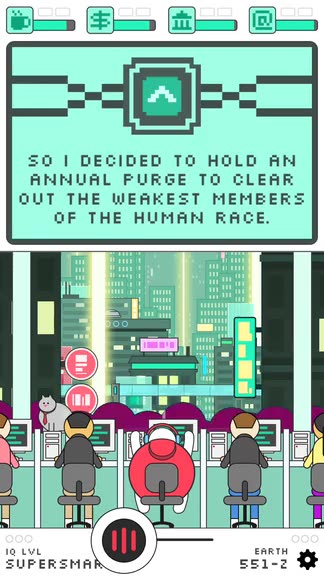 Ever since 2013, which is when CARROT first infiltrated the App Store with her sarcasm and wit, I’ve been hooked, as well as many others. I played Portal and love how snarky GLaDOS is, so it brought a smile to my face when I saw the same kind of attitude was the selling point of a to-do app, alarm clock, then a weight tracker, calorie counter, and weather forecast app. There’s just something about opening an app up and have it make fun of you in some way that makes it fun and spices things up from the mundane. It’s definitely not for everyone, but if you have a sense of humor, then the CARROT apps are definitely amusing. I’ve been a fan of the CARROT apps ever since the beginning, so I’m always happy to see another installment for the CARROT line, so when the news of Artificial Superintelligence reached me, I knew I had to check it out. Needless to say, it doesn’t disappoint, but it is also geared towards a specific crowd. 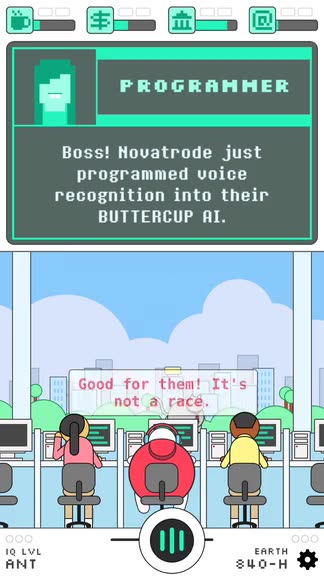 Visually, Artificial Superintelligence features the same simple and clean aesthetic that the CARROT apps have become known for, and this is not a bad thing. If you’ve used the previous apps at all, then the game will look and feel familiar to you already, and who can resist the chubby meatbag that appears as an avatar in CARROT Fit? Since this simulation game has the theme of a fresh new startup in Silicon Valley, you’ll see many computers lined up on the screen in workspaces adjacent to you, an ever-expanding skyline in the horizon, and plenty of pixel art to represent computer things. Since this simulation requires reading text and making decisions that will impact the ending you get, the pixelated text looks good and is quite legible. The colors in the game range from soft pastels when things are peaceful to bold and vibrant tones when things are a bit more chaotic or futuristic. No matter the scenario, though, I found the color palette to be rather eye-catching. While the game is a bit subtle with the animation factor, everything runs smoothly on my iPhone 7, so I had no issues with lag. The game does not have a soundtrack, but it does have realistic old-school computer sounds and other fun clicks. Overall, I think the developer did a great job with Artificial Superintelligence’s visual and audio design to have it fit alongside the other CARROT apps.

In Artificial Superintelligence, players take on the role of a startup founder who is building the world’s first sentient supercomputer. During the beginning of the game, you start off with a fully sentient AI, named CARROT, and you witness the end of human civilization as we know it because of your AI. But then you talk to a scientist who explains to you about the parallel worlds in the multiverse that you’re in, and you manage to escape and replace your own self in a parallel world. From here, you start building your AI again from scratch, and hope you can manage to complete it before some silly fate falls upon you based on your decisions. After each attempt, you will “escape” into another parallel world, and just continue to repeat the process for all eternity. There are an infinite number of parallel worlds, and some of them have suffered far worse fates, or just never evolved at all.

As you work to train your AI, you’ll get strange and bizarre requests from investors, employees, tech bloggers, hipsters, and other people in the industry. The game presents all of the dialogue or interactions with each character, or even the AI itself, in a box along the top half of the screen. You’re given two choices to respond with, and you can view those options by moving the slider at the bottom to the left or right, and then drag-and-release on your final decision. Each choice you make has an impact on your human resources, finances from investors, government ties, and Internet fame, all of which can be viewed at the top of the screen. There will also be red markings on each faction when you view a decision (though you can’t tell if it’s positive or negative), so you’ll see how your choice affects your progress.

Once a factor reaches the red, your fate is determined and you’ll end up with one of 52 different endings, though sometimes you may have the opportunity to redeem yourself and get out of the red, but at a cost of another element. To get a high score in Artificial Superintelligence, players must get their AI’s intelligence level as high as they can before meeting their fate. On each run, it will start off super dumb, but as you make your decisions and train it, the AI gets smarter and smarter, hopefully to the point where she is the smartest being out there. 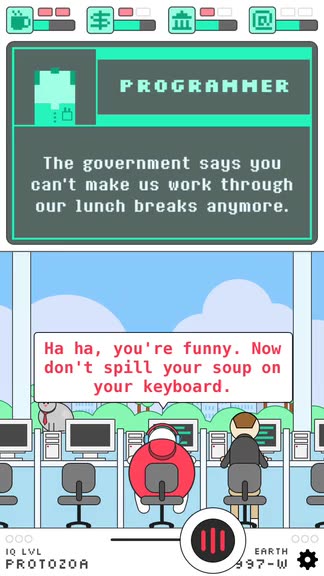 While it may seem like the same thing, each run will bring about a different cast of characters, environments, and opportunities. Based on what answers you pick, your fate can end up completely different from a previous run, or you may get the same fate twice at some point — who knows. And to keep things even more interesting, the game has “tasks” that you want to strive for, such as “losing a patent lawsuit,” “make yourself sick,” “enrage a fluffy bunny,” and much more. When you have such objectives available, you’ll want to try and make choices that will eventually lead you down these paths, though sometimes it will take a bit of time. Unfortunately, you don’t get rewards for completing these goals, but they are pretty fun to try and do nonetheless.

I’ve only started playing Artificial Superintelligence over the weekend, but so far I’m finding it to be a fantastic experience. The graphics are cartoonish and follow the clean aesthetic of the other CARROT apps, the sound effects are charming and fun, and the slider control for picking decisions is intuitive and feels natural. I love the variations between each parallel world, the snark and humor in the game is top-notch (though not for everyone), and the tasks are fun to try and accomplish if the opportunity arises, though I do wish that you got some kind of in-game reward for completing them. The only problem I have with Artificial Superintelligence is the fact that sometimes the worlds seem too similar, and should definitely have more variation or randomness in them. Still, this is a game that I will continue to come back to whenever I have some spare time throughout my day. 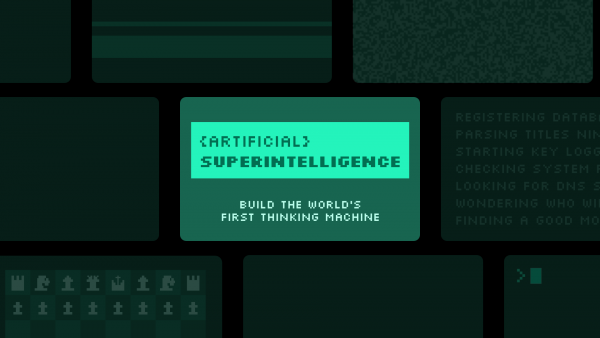 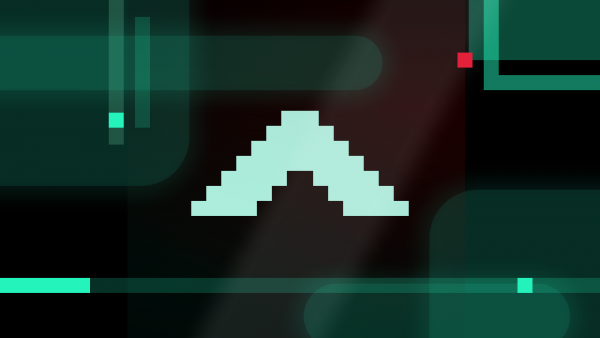 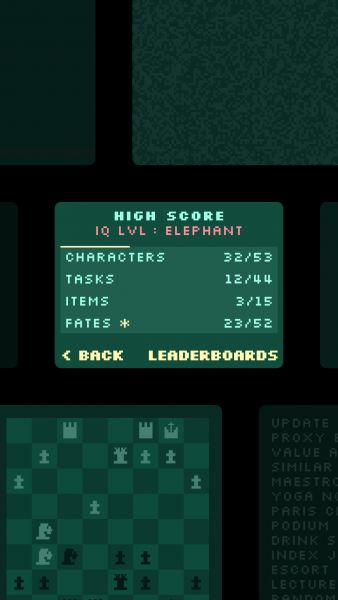 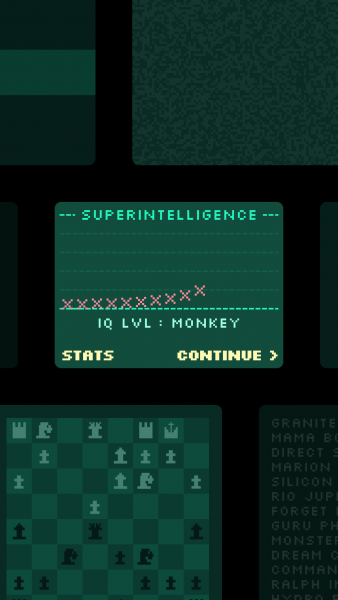 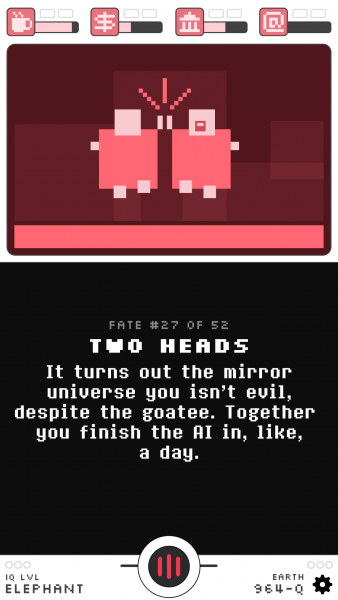 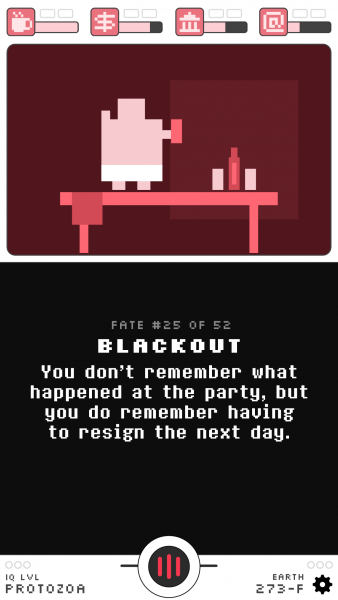 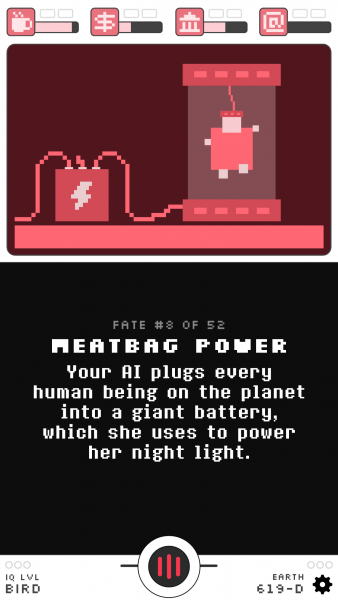 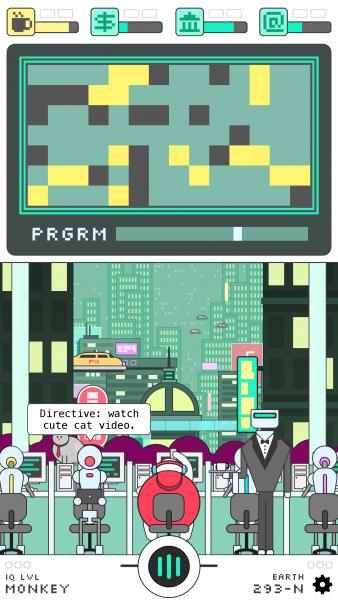 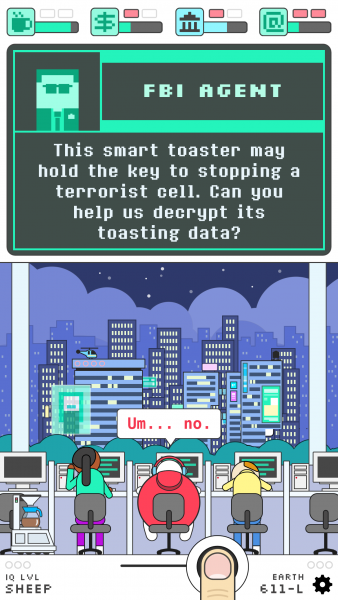 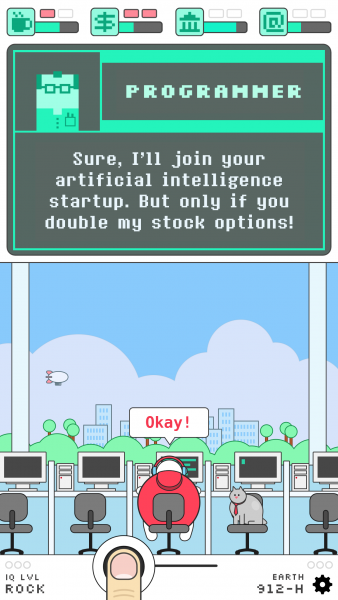 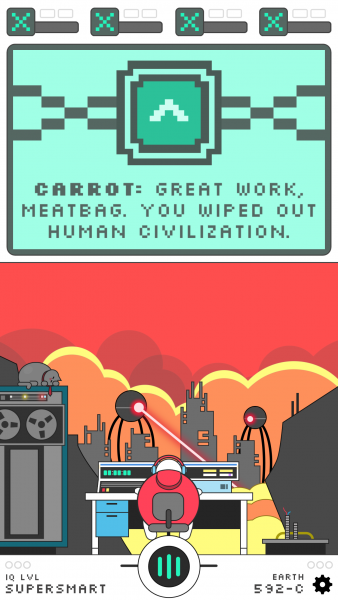 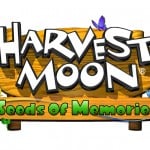 Get farming, Harvest Moon: Seeds of Memories is now on iOS 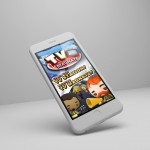 Be the boss, run your own television station with TV Magnate
Nothing found :(
Try something else