You are using an outdated browser. Please upgrade your browser to improve your experience.
by Christine Chan
August 4, 2016 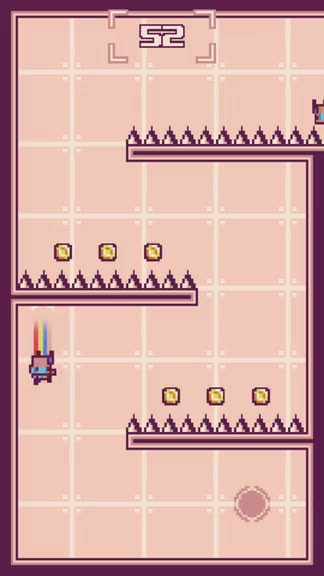 Blitz Breaker ($2.99) by Reece Kelly is a twitch reflex platformer about a robot trying to escape the factory that they were built in. If you love fun and accessible games with some awesome retro pixel art (like in Peter Panic and Downwell), then Blitz Breaker is one that is worthy of your attention.

As a kid who grew up in the late ‘80s and ‘90s, I am a huge fan of the vintage 8-bit and 16-bit visuals that were popular back in the golden age of gaming. I had my SNES and Sega Genesis systems with a few games each (just whatever my parents bought or found for us), but I spent hours back in the day just playing a single game until I got tired of it and needed a break. Platformers were a huge deal back then, since we have classics like Super Mario Bros., and seems to have remained popular even to this day. Of course, while the tried-and-true platformer formula holds up extremely well, sometimes you just want to experiment and try something new. That’s why Blitz Breaker is such a gem among the platformer genre. 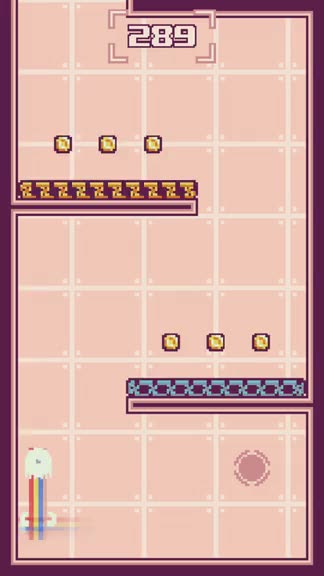 In terms of visuals, anyone who grew up in the ‘80s will appreciate the amazing pixel art style. The game looks and feels like a blast from the past, which is totally welcome in my books. Despite the pixelated style, I still found the game to be incredibly detailed, with correct textures in the right places. The game’s limited color palette of pale pink with splashes of vibrant hues makes me think of the days when I played games on my Game Boy Color back in the day, so the nostalgia factor is a key thing here. Animations in Blitz Breaker are smooth and fluid, so I experienced no lag on my iPhone 6s Plus. There’s also a fantastic chiptune soundtrack by Fat Bard that ties up the retro aspect, along with fun sound effects as you play. As a big fan of the old-school stuff, I love what the developer has created for the world of Blitz Breaker.

The story of Blitz Breaker is pretty simple: Blitz is a robot who is just trying to escape out of the factory that he was built in. Naturally, it’s easier said than done to accomplish this task, since everything in the factory is trying to break you, but you have the help of Chip, the computer helper who is totally your friend (maybe). But there is one problem: Blitz can’t run, so he can only jump and do air dashes. This is where you come in, player.

Blitz Breaker features two game modes: Story and Arcade. The Story mode lets players go through each area and corresponding levels (101 total) without having to worry about a high score and just earning a star if you can get perfect performance, though just reaching the end portal without dying is also enough. If you die, you just have to try again — there’s no set amount of lives, so feel free to take your time unless you really want the star. Arcade Mode is more of a test to see how many stages you can get through as fast as you can with a set amount of lives. You start out with three, but you can find extra lives or earn them by collecting enough coins. The areas and levels in both modes are the same, though, so it’s a good idea to get through the Story Mode first before Arcade, since it can serve as practice for your speed runs. On top of it all, Blitz Breaker does have four challenging boss battles that you’ll have to conquer, so you have to make sure your skills are top notch. 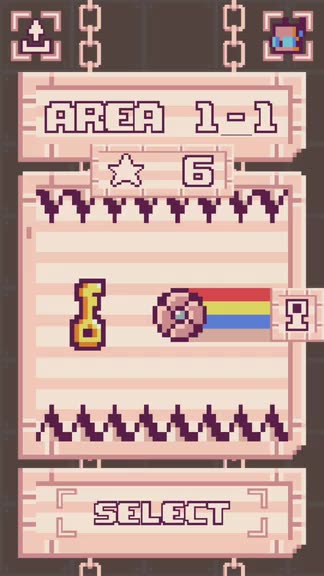 Since Blitz is unable to run, how is he supposed to get out of the factory? It’s pretty simple. Since he can jump and air dash, it’s up to you to help guide him to the green escape portal (sometimes keys are needed to reach them) on each level. To do this, just tap on the screen to make Blitz jump. To perform an air dash, just swipe on the screen in the direction you want Blitz to go (up, down, left, right). The great thing is that Blitz can do another dash after colliding with an object that doesn’t break you. It’s simple but difficult to master, especially as you start to encounter the dangerous hazards like spikes, spinning saw blades, lasers, and other crazy things. So as you dash into a wall and then start to fall, you’ll want to wait until the right moment to squeeze through a tight passage or just get right above spikes to collect those precious coins sitting on top of it. The game is all about timing and precision with the intuitive controls and accessible gameplay.

While you can make progress without earning stars on stages in Story Mode, you’ll want to get those stars if you want to unlock heads (think hats) for Blitz. These are just for aesthetics and the collector in you, so don’t expect Blitz to gain some new godly power just because of a new head. Additionally, there are even some heads that are even more awesome but harder to find and collect, so make sure to explore everything as you go. Plus, there are secret warp zones, which just make things even more fun.

I’m still in the early stages of Blitz Breaker, but I’m truly loving the game so far. The nostalgic graphics warm my heart, the music is amazing, and the controls are super accessible so you can play the game from anywhere at anytime. The unique platformer mechanics breathe new life into the platformer genre, and while it starts off easy enough, the gradual difficulty increase is rewarding in the end. All-in-all, Blitz Breaker is a solid choice for those who want a new platformer game in their life.

I recommend checking out Blitz Breaker if you’re a fan of twitchy reflex and platformer games. You can find Blitz Breaker on the App Store as a universal download for your iPhone and iPad for just $2.99. There are no in-app purchases, and the game is well worth the admission price. 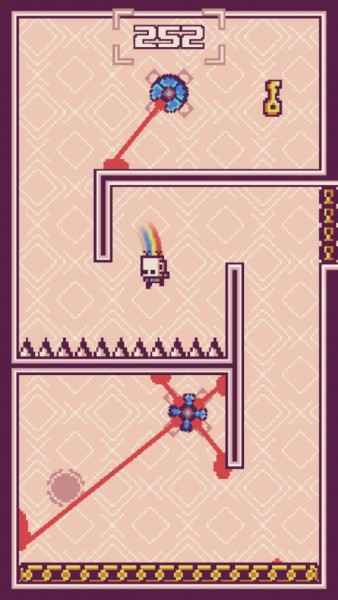 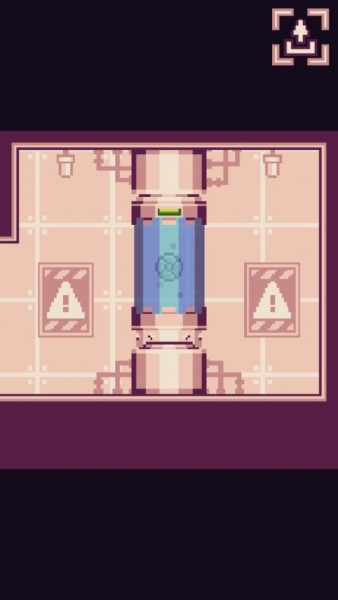 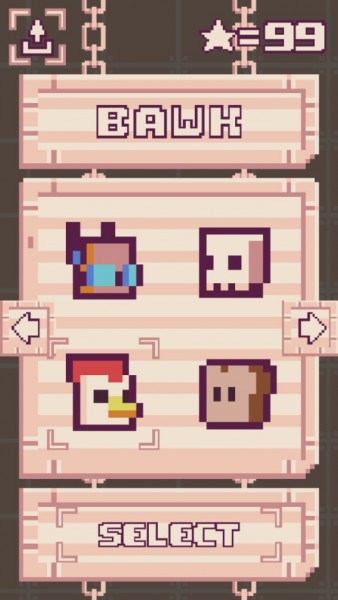 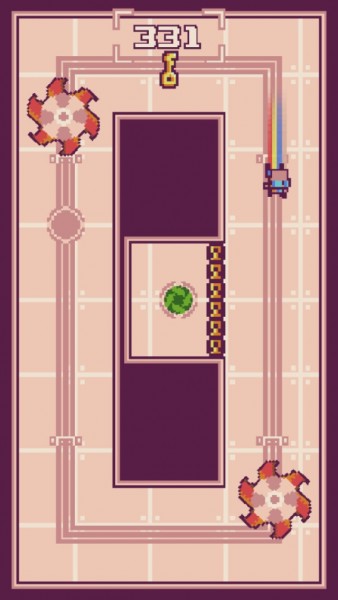 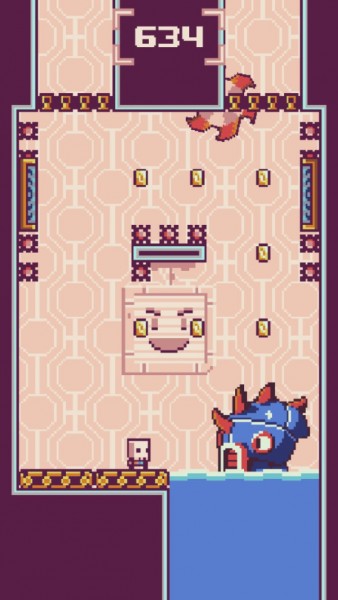