You are using an outdated browser. Please upgrade your browser to improve your experience.
by Rebecca Freeman
June 15, 2014 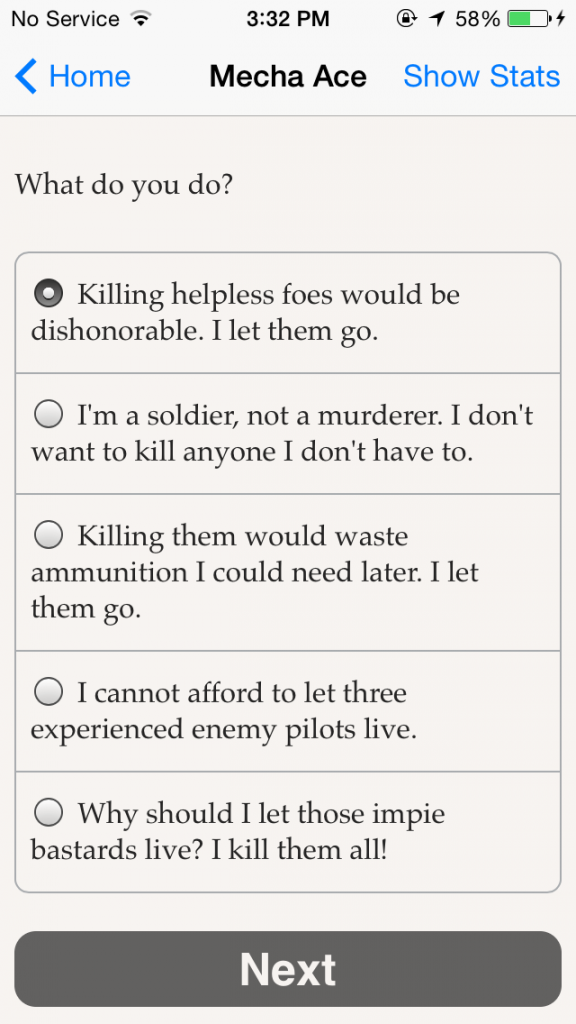 Mecha Ace ($2.99) by Choice of Games LLC is a refreshing change from your typical iOS game. Remember when you were younger, your favorite books to read were the “Choose Your Own Adventure” series? With every turn of the page, you were faced with a difficult decision. This decision, which told you to flip to another page, could either be your downfall or your victory. Well, the nature of Mecha Ace is similar, but goes above and beyond. It’s a beautiful mixture of all of the great parts of the book series, and all of the fun aspects of a game. 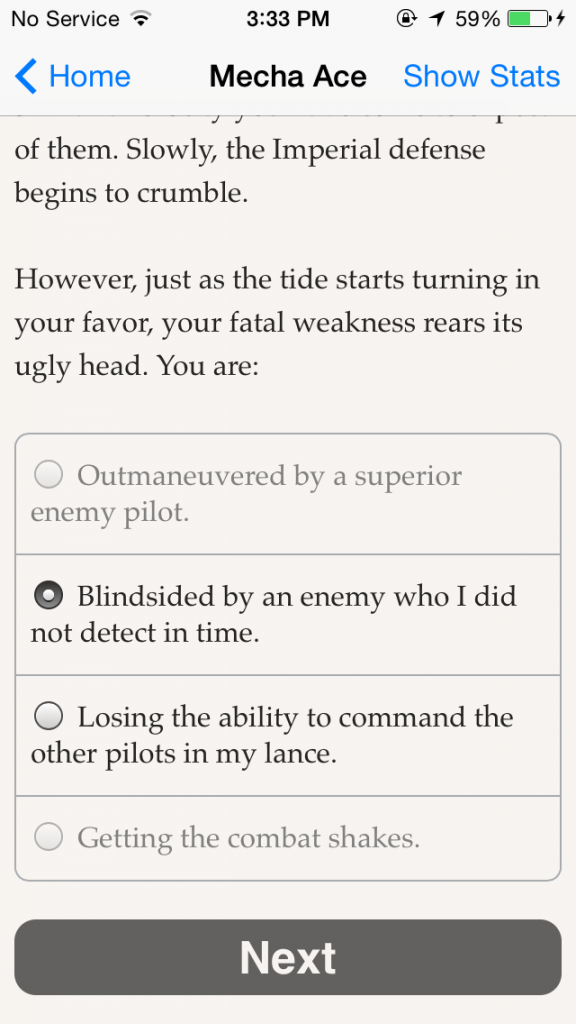 Mecha Ace distinguishes itself from all other apps, and books too. For example, every decision you make can affect your scores on your personal profile. Here, you are given scores based on your piloting, perception, willpower, and presence. You also are shown your personal character ratio of warrior to diplomat and deliberation to passion. There are many other statistics you can view as well as personalizing your sit-in robot.

In case you haven’t noticed, this is an obviously science fiction themed game book. The premise is actually quite fascinating: you are a soldier in a futuristic, intergalactic space war. But what kind of soldier? It’s up to you. Find love or find victory, customize your weaponry, and live out your fantasy life.

What really stood out to me about this app was that this clearly took a lot of time and effort to make, for the scope of the fantasy world it covers is immense. The famous “Choose Your Own Adventure” books usually ended each part with two to three choices, however, Mecha Ace actually allows for an average of four to five choices, which permits the reader far more freedom and flexibility, as well as ultimately, enjoyment.

Something different about this game is that it’s free of sound effects and graphics. It’s purely text-based, which is why I’m not sure whether to call it a game or a book, considering it has the best of both worlds, in my opinion. However, many people prefer the typical traditional iOS game, with controls, graphics, and sound effects. I recently reviewed a strategy game based on WWII called Panzer Tactics HD, which is similar in that you choose your own fate, but is accompanied by graphics and sound too. However, war-themed games aren’t all the flavors of strategy games. Check out Pro Strategy Football 2013 for a more lighthearted app. 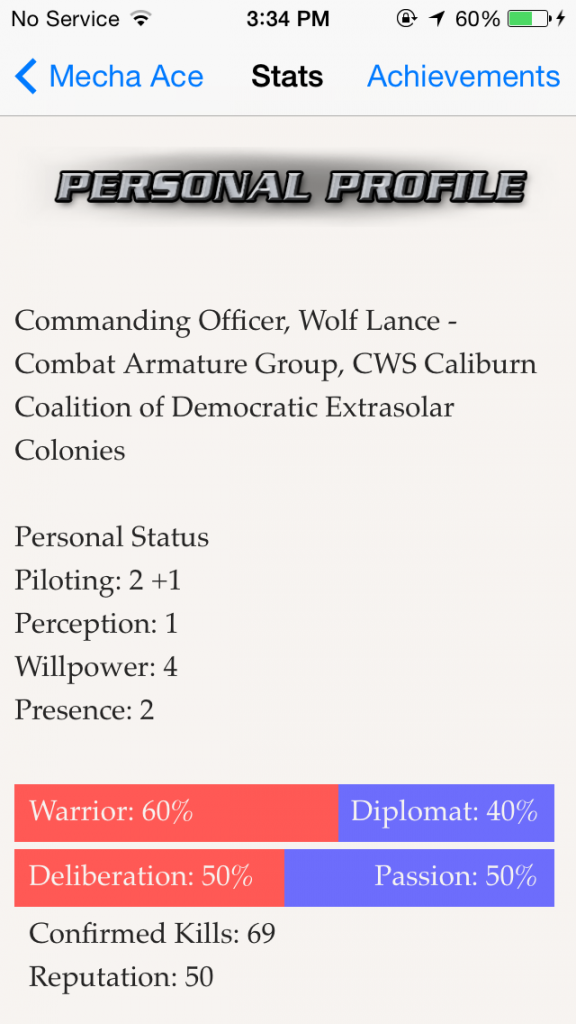 In short, this app is a beautifully addictive combination of a science-fiction book and a game. If you have the patience to play it, you’ll surely lack the will to stop. As you build your own fantasy character, live for honor and glory, and design your own weapons, you’ll be lost in Mecha Ace for hours on end. It’s an excellent story, and it’s totally up to you. Mecha Ace is universal and costs $2.99 on the App Store. 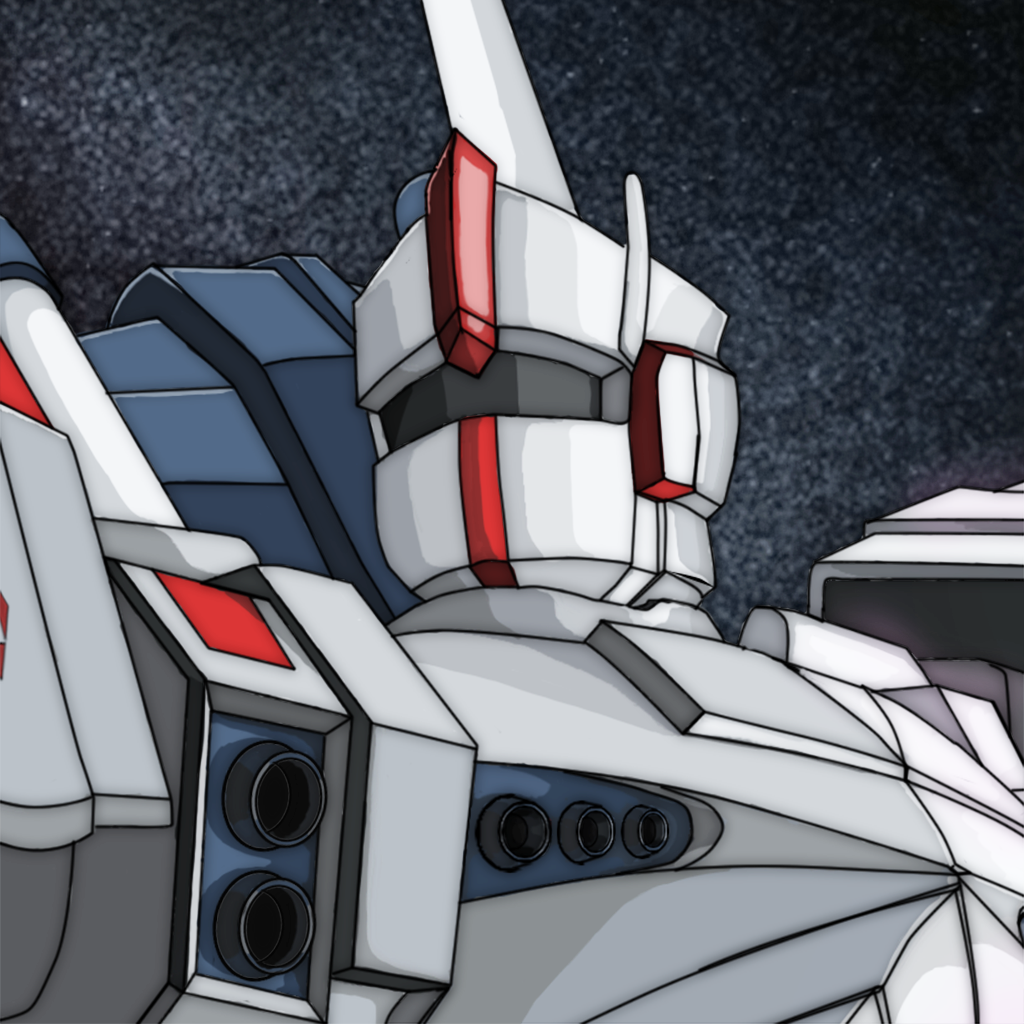 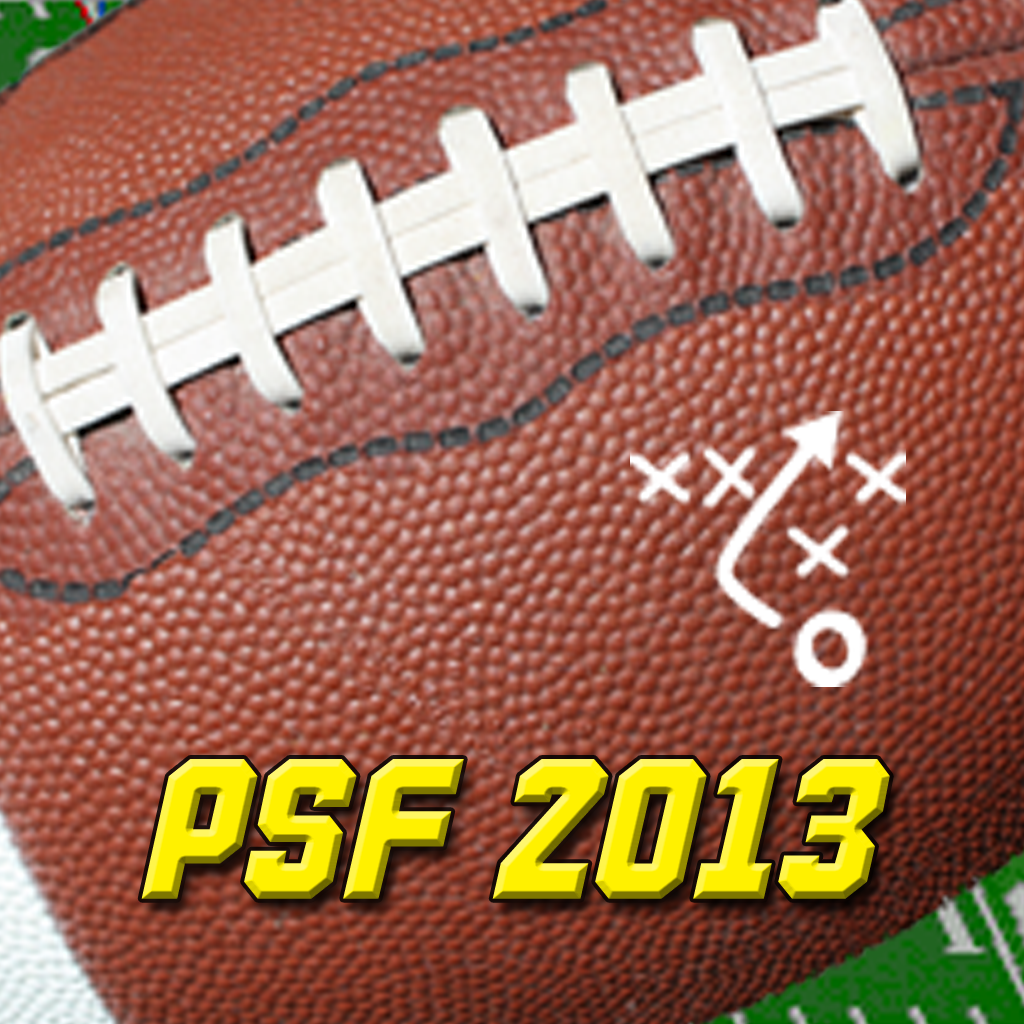 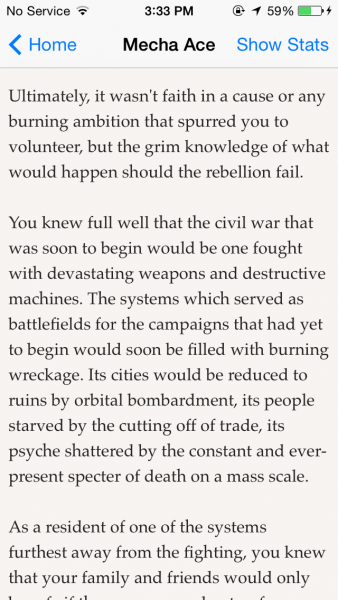 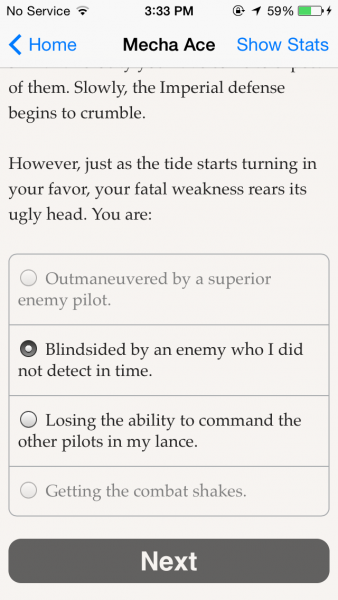 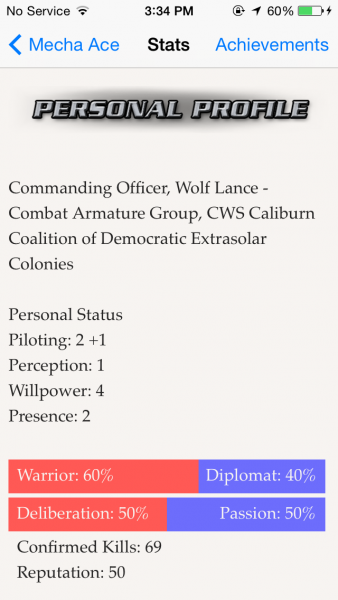 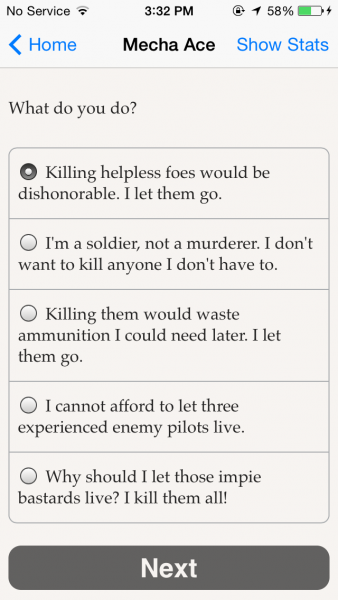